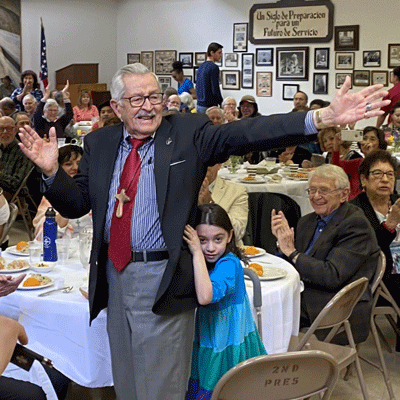 The Rev. Jaime Quiñones, who died July 29 at age 94, was celebrated in 2017 for his service to Second Presbyterian Church in Albuquerque. (Contributed photo)

LOUISVILLE — The Rev. Jaime Quiñones, whose service to the Presbyterian Church (U.S.A.) included a year as the vice moderator to the 199th General Assembly (1987), died July 29 at his home surrounded by his family.

In an email, Conrad Rocha, executive of the Synod of the Southwest, said Quiñones was a member of the Presbytery of Santa Fe for more than 50 years.

He was born in Puerto Rico on Leap Day, Feb. 29, 1928, and celebrated his birthday on March 14 every year after that.

Quiñones was a graduate of McCormick Theological Seminary and served churches in Chicago and California before moving to Albuquerque, New Mexico, to be the chaplain at Menaul School, which he served from 1966-81. His stints there also included roles as teacher, dean of students and acting president. 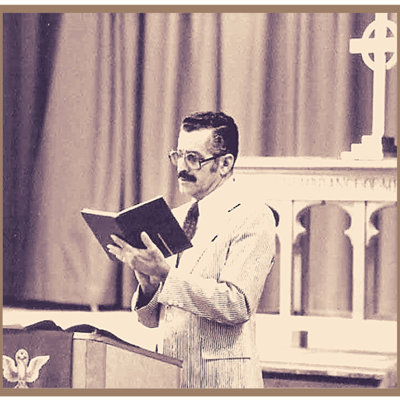 “He was our chaplain emeritus and much beloved by every community member whom he touched,” said Lindsey R. Gilbert, Jr., Menaul School’s president and head of school. “He lived out Christ’s love with amazing grace and good humor. He will be missed.”

“Rev. Quiñones was an inspiration and blessing to all lives he touched,” said Cecilia Rhodes Henry, a Menaul School alum. “If you had the opportunity to meet and know him, it was an honor. I attended Menaul School from 1971-75, and I will always remember him, his teachings and his kindness. My thoughts and prayers are with his family and many acquaintances.”

A Service in Witness to the Resurrection and celebration of Quiñones’ life will be held in Hart Park on the Menaul School campus, 301 Menaul Blvd. NE, at 10:30 a.m. Mountain Time on Saturday, August 27. A livestream is anticipated; check here in the coming days for more information. The service will be followed by a reception on site in the Collie Refectory.