Congressman: ‘There was a lot of John Lewis in Steve Montgomery’ 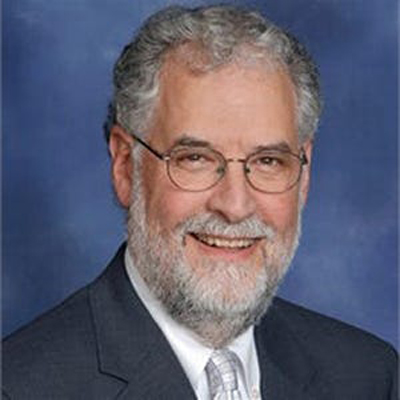 LOUISVILLE — The Rev. Dr. Steve Montgomery, praised by his local newspaper as “a progressive conscience of Memphis,” died Friday at age 68 after being critically injured three days earlier during a bicycle ride.

According to his news obituary the Memphis Commercial Appeal, Montgomery was pastor of Idlewild Presbyterian Church from 2000 until his retirement in May 2019.

Montgomery earned his Master of Divinity from the Yale Divinity School and a Doctorate of Ministry from Columbia Theological Seminary. Ordained in 1980, he grew up in Richmond, Virginia. He remembered being shocked and feeling haunted when some of his classmates cheered the news of the assassination of the Rev. Dr. Martin Luther King Jr. in 1968, and haunted in a different way by the words in King’s “Letter from the Birmingham Jail”: “Injustice anywhere is a threat to justice everywhere.”

“We tend to self-select those quotes made by Dr. King that keep us safely in our ideological cocoon,” Montgomery wrote in a Commercial Appeal column, “so that even a president who has the support of … white supremacist groups can say that we have achieved his dream of a ‘color-blind society,’ all the while being part of a system that has rolled back voting rights and other gains that Dr. King worked and died for.”

“There was a lot of John Lewis in Steve Montgomery,” said U.S. Rep. Steve Cohen, D-Tennessee. Like Lewis, the famed civil rights leader who died July 17 after serving more than 30 years in Congress, Montgomery was “courageous, he was caring, he was forgiving, he was humble and he was smart,” Cohen told the Commercial Appeal.

The Rev. Margaret Burnett, associate pastor at Idlewild Presbyterian Church from 2003-19, told the Commercial Appeal Montgomery included children among the voiceless, which was one reason he was outraged by the federal government’s family separation policy for immigrants who enter the country illegally. “For the Bible I read and study daily is filled with passion for welcoming the alien, the sojourner, the fearful, and most especially the children,” Montgomery wrote in the Commercial Appeal.

“I never heard the man judge or speak ill of anybody,” Burnett said. “There aren’t many people you can say that about.”

According to the newspaper, Montgomery served churches in Atlanta and eastern Kentucky before settling in Memphis.

“I saw myself as anything but a ‘big steeple’ preacher, but rather a servant leader devoting my ministry to those on the margins of society,” Montgomery wrote in the foreword to his 2015 anthology, “Idlewild Sermons.” “But God had other plans.”

Upon his retirement last year, Montgomery wrote “Twelve things I have learned in the ministry” for the Daily Memphian. Among them:

In addition to his children, Sumita and A.J., Montgomery leaves behind his wife of 43 years, Patti, a sister, Deedee Murphy of Atlanta, and two brothers, David Montgomery of Toledo, Ohio, and Jim Montgomery of Indiana.

Sumita Montgomery told the Commercial Appeal her father will be cremated. A plaque in his memory will be placed at a columbarium in the Idlewild Presbyterian Church courtyard.