by the Rev. Bill Somplatsky-Jarman | Special to Presbyterian News Service 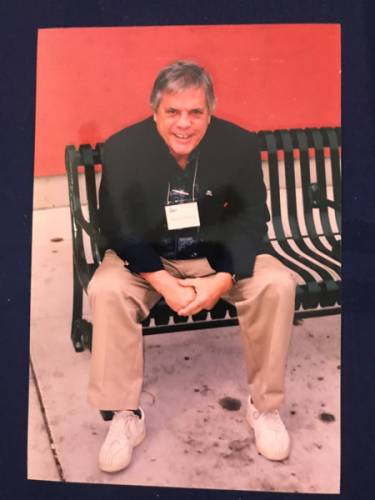 An ordained Presbyterian Church (U.S.A.) minister, Stivers taught religion and ethics at Pacific Lutheran University in Tacoma for 37 years. Upon his retirement in 2009, he was appointed Professor Emeritus of Religion and Ethics.

Throughout his career, he explored the ethical dimensions of environmental and economic issues and advocated for a “sustainable society.” He encouraged everyone to have love and appreciation for the natural world and to live accordingly. He stands as one of a key group of Christian ethicists who helped bridge the gap between the church and the academy, deepening the church’s social witness with their scholarship, activism, and concern for the General Assembly.

From 1987-1990, Stivers served as chairperson of the Eco-Justice Task Force of the Advisory Committee on Social Witness Policy (ACSWP), developing a theological and ethical framework for the groundbreaking policy statement “Restoring Creation for Ecology and Justice.” Adopted overwhelmingly by the 202nd General Assembly (1990), the statement described eco-justice as “the well-being of all humankind on a thriving Earth” and is grounded in the biblical understanding of God as both Creator and Redeemer with an emphasis on four ethical norms: sustainability, sufficiency, participation and solidarity.

Born in Cincinnati, Ohio, Stivers attended Yale University on a football scholarship. After an injury ended his athletic career and scholarship, he joined the Naval Reserve Officers Training Corps (NROTC). His post-graduation service as a naval officer aboard a destroyer in the blockade of Cuba, and off the coast of South Vietnam deepened his desire to study the ethical dimensions of Christian realism and Jesus’s imperatives about love and non-violence.

He earned his MDiv from Union Theological Seminary in New York City and completed doctoral studies at Columbia University in 1973.

Stivers joined other ethicists, theologians, political scientists, and economists for a series of summer seminars at Ghost Ranch that led to co-editing “Reformed Faith and Economics” in 1989. In 2003, he wrote a study resource on “Globalization and the Environment.” He chaired an ACSWP committee on water rights and takings including a site visit to Klamath Lake in Oregon. He served as chair of the Theological Educators for Presbyterian Social Witness

Stivers had many publications, including two solo-authored books: “The Sustainable Society: Ethics and Economic Growth” (1976) and “Hunger Technology and Limits to Growth” (1984). Along with colleagues Alice and Bob Evans, he developed the use of case studies to teach ethics rooted in concrete realities. This led to two books: “Christian Ethics: A Case Method Approach” (1989, 1994, 2005), and “Christian Environmental Ethics: A Case Method Approach” with James Martin-Schramm (2003). Along with colleague Dr. Ronald Stone, Stivers edited “Resistance and Theological Ethics” (2004), and also with Beverly Harrison “The Public Vocation of Christian Ethics” (1986).

Stivers was known as a good friend, always ready with a story or joke, and a willingness to pitch in on worthy projects, including work with a local environmental group seeking to protect Puget Sound, or planning a Peacemaking Conference. He never tired of wandering through old growth forests, watching whales frolic off the Pacific Coast or listening to macaws flying above the Amazon canopy.

He is survived by his spouse, the Rev. Dr. Lora Gross; daughter Dr. Laura Stivers, Professor of Ethics at Dominican University of California; son Mark Stivers, a lobbyist for affordable housing in California; and five grandchildren.

The Presbyterian Social Ethicists Network celebrated Bob’s life and service at its meeting on Jan. 7. He was also honored by the Society of Christian Ethics. Ronald Stone spoke for many with his reflection on Stivers and the Christian virtues of courage, wisdom, love and serenity.

Due to the restrictions of COVID-19, a prerecorded memorial service will be livestreamed at 4 p.m. Pacific Time on Saturday from St. Mark’s Lutheran Church’s (Tacoma, Washington) website and on the church’s Facebook page.