Make A Donation Click Here >
Home › The Rev. Dr. Robert H. Meneilly, who founded one of the PC(USA)’s largest churches, dies at age 96 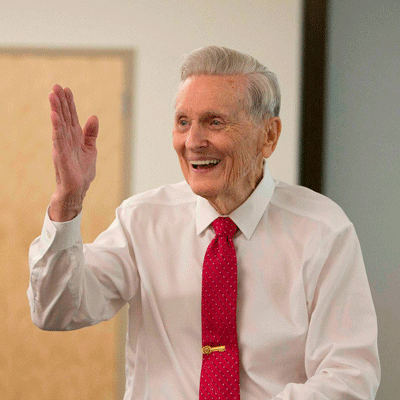 “Dr. Bob,” as he was popularly known, served the church he founded for 47 years, retiring in 1994. Over the years, he played a major role in the civic and social fabric in the Kansas City area. In a news release, Village Presbyterian Church said the church grew to more than 7,000 members under Meneilly’s leadership and was the PC(USA)’s second-largest congregation during his tenure.

Village Presbyterian Church’s senior pastor, the Rev. Tom Are, Jr., told the Kansas City Star that Meneilly built the church by going door to door to invite residents to worship. Are called Meneilly “tireless as a pastor and he was courageous in matters of social justice,” according to the newspaper. “He had an unending commitment to make Johnson County the kindest, the most faithful and most just place to live.”

“Those of us who had the privilege of serving this congregation today all stand on the shoulder of giants, and Dr. Bob was chief among them,” Are said in the church’s news release. 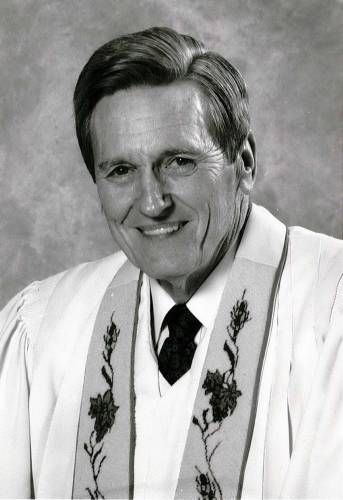 During the height of the nation’s civil rights movement in the mid-1960s, Meneilly delivered several sermons encouraging members of his suburban congregation to welcome their Black neighbors. Within a few years, he’d become a vocal critic of the Vietnam War.

He attended the Vietnam War Peace Talks in 1972. “I went over to the Peace Talks in Paris and spent time right across from people, the enemy. You came away knowing these are human beings, same as we are,” Meneilly remembered. “So, I came out of that experience saying we needed to as gracefully and quickly as we could get out of that war … The military personnel in the church didn’t like that very well so we lost some of those people. But I think it was right. I wouldn’t do any differently now.”

His 1993 sermon “The Dangers of Religion,” which denounced what he called the stealth campaigns of the religious right, was reprinted in condensed form in The New York Times and other publications. Listen to the sermon here.

Following that sermon, Meneilly and five other area civic leaders formed the Mainstream Coalition, which is dedicated to “creating a more representative and responsive government by empowering informed participation and meaningful action in the political process,” according to the coalition’s website.

“He was savvy and prophetic. The man saw what was going on with the Christian Right and said we need to do something about this. He was a Godsend,” said Mark Levin, a Mainstream Coalition founding member and longtime rabbi of Congregation Beth Torah in Overland Park, Kansas. Levin said the coalition is still going strong in Johnson County and endorses moderate candidates for political office.

Meneilly was born on March 5, 1925, in Mount Lebanon, Pennslyvania, and began preaching when he was about 13. He earned his Master of Divinity degree from Pittsburgh Theological Seminary.

He married Shirly Ann Dunlap in 1947. The couple eventually had three children. The couple had planned to go to China to do mission work, but the Communist Revolution broke out in 1946. So they considered offers for Meneilly to pastor three churches — in North Hollywood, California; in Pennsylvania; or in Prairie Village, Kansas, where they decided to move after a tour led by developer Miller Nichols.

Village Church’s first worship service was on Feb. 13, 1949, with 282 charter members. The rolls grew massively from that point, propelled by Meneilly’s preaching and also by strong mission, Christian education, music and youth programs.

Longtime member Carol Cowden was director of children’s ministry for nearly 20 years, until 1992. She said Meneilly was a servant leader who encouraged his staff to be creative, and the church attracted hundreds of children. It was a place, she said, where people of diverse faiths and backgrounds were welcome and where Meneilly took a personal interest in all his congregation. Over his 47-year tenure, more than 32,000 people called Village Church their spiritual home. 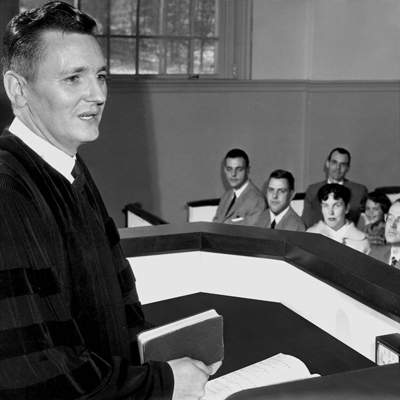 Dr. Bob was “absolutely fearless in the pulpit,” according to religion writer Bill Tammeus. (Photo courtesy of Village Presbyterian Church)

Bill Tammeus, a former columnist for The Star, called Meneilly “absolutely fearless in the pulpit,” according to the newspaper.

“He knew that his job was to give the congregation a word from God, and he was always well prepared because he studied Scripture carefully and he paid attention to events in the news,” Tammeus said. “So, although he was never arrogant about his task, he was nothing but confident in his sermons. Beyond that, he practiced what he preached.”

In a 2012 oral history, Meneilly reflected on the impact of his civil rights preaching. “It was very hard for some people,” he recalled. “We lost one year probably 300 members.”

Longtime congregants and friends remembered Dr. Bob for his humility, his ingratiating sense of humor and for his inspirational guidance in leading a life devoted to the teachings of Jesus.

Meneilly invited Don and Virginia Sewing and their children, an African American family that had moved to Fairway, Kansas, to join Village Church.

Their son Henry, who remains an active Village Church member, fondly recalled growing up in the church and the lifelong friends he made in youth group. His parents had lay leadership roles and his mother, a nurse, went on mission trips to the Dominican Republic, which continue to this day.

“Village was home,” Sewing said, attributing that to Meneilly’s welcoming leadership. “That’s the place I still go today. This is my house … It was his influence on his flock.”

“His sermons were unmatched. They were incredible. They were dynamic. They made sense to the common human being,” Sewing recalled, saying frequent themes were “forgiveness and togetherness and positivity if everyone works together — and being able to listen to somebody else’s viewpoint.”

“The church he built … would become a founding member of CNP and remains a strong supporter today,” Ellison wrote. “I spoke with Bob just a few months ago and he remained absolutely steadfast in his passion for the church becoming even more inclusive. An ally ahead of his time, Bob will be very greatly missed.”

“Dr. Bob set the congregation on a course of community ministry and impact that continues to this very day. Dr. Bob was not afraid of controversy. And Dr. Bob loved a paint color — affectionately known as “Meneilly Green” — that lives on to this day in various places at Village Church.

Meneilly’s memorial service will be held at 1 p.m. (Central Time) on Friday, July 30, at Village Presbyterian Church, 6641 Mission Road in Prairie Village, Kansas. Are will officiate. The service will be livestreamed here.

Listen to podcasts of more than 450 of Meneilly’s sermons here.