Beloved leader was also a pastor and seminary president 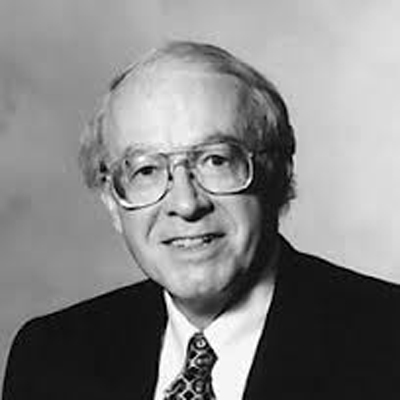 LOUISVILLE — The Rev. Dr. Doug Oldenburg, a pastor, Moderator of the 210th General Assembly of the Presbyterian Church (U.S.A.) held in 1998 and the seventh president of Columbia Theological Seminary, died Tuesday at the age of 85.

In a 2018 film honoring Oldenburg as a distinguished leader in theological education, Valerie Izumi, manager of General Assembly Nominations, remembered how responsible Oldenburg was for the stewardship of the Moderator’s Cross during the year it was entrusted to him.

He was so afraid of losing the cross that whenever he mowed his lawn, he wore the cross — or stuffed it into his shirt pocket, if he was wearing a shirt with a pocket that day, Izumi said.

“He was the steward of this important piece of history,” Izumi recalled. “Just think about that. That’s a humble man who would say, ‘I’ve got to care for this thing and I’ve got to take care of my lawn, so I’m going to do it.’”

“One of the things I have frequently said in speeches and sermons which is true is that we drink from wells we did not dig and we reap from harvests we did not sow,” Oldenburg said on the same seven-minute film, produced by the Committee on Theological Education and the Presbyterian Foundation’s Theological Education Fund. “What that means to me is how much we are indebted to those who have gone before us.”

Oldenburg was born Feb. 22, 1935, in Muskegon, Michigan, the son of Frederika Nordofff and Theodore Oldenburg. As a small child, he emigrated from Amsterdam to the United States. At age 11 he moved to Signal Mountain, Tennessee, to the street where his future wife, Claudia, lived. Their childhood friendship grew into a love that lasted for 63 years.

He was in the first graduating class of Myers Park High School in Charlotte, where he was president of the student body.

He earned his bachelor’s degree from Davidson College in 1956, where he was an officer in the ROTC and later commissioned as a lieutenant in the U.S. Army. He served in the army for a short time and later transferred to the chaplaincy as a member of the Army Reserve.

Oldenburg received his Bachelor of Divinity degree from the then-Union Theological Seminary (now Union Presbyterian Seminary) in Richmond, Virginia, in 1960. He studied an additional year at the Yale Divinity School.

“He made the seminary really well-known and well-respected throughout the country and well-known beyond the country,” said Dr. Catherine Gunsalus Gonzalez, professor emerita at Columbia Theological Seminary. “What Columbia was doing began to be noticed by other seminaries, and so it became a model in many ways.”

During his tenure at CTS, the endowment was raised from $27 million to $155 million and a capital campaign raised more than $34 million.

“Our central greenspace on campus is called the Doug Oldenburg Quadrangle,” said Dr. Leanne Van Dyk, Columbia Seminary’s current president. “It’s a place where students rest, play, read and have conversations together. It’s a place where we are reminded of the remarkable gift of Doug Oldenburg’s leadership — not only to Columbia Theological Seminary, but to theological seminaries in general in the PC(USA), and we’re very grateful for that.”

“President Oldenburg exemplified a rare combination of pastoral sensibilities and executive leadership skills needed by a seminary,” said Dr. Marcia J. Riggs, the seminary’s J. Erskine Love Professor of Seminary Ethics and its ombudsperson. “He was the president of the seminary when I was appointed to the faculty. By confirming my appointment as the first African American person to a tenure-track position, President Oldenburg set the seminary on a course toward racial-ethnic and gender inclusion that is now bearing fruit.”

“He had a breadth of vision of what theological education could be in its different shapes,” said the Rev. Dr. John Kuykendall, president emeritus of Oldenburg’s alma mater, Davidson College. “He was a good friend and colleague to virtually every seminary president. I think he just made it a point to receive them into the network and make a place for them.”

While Moderator of the General Assembly, Oldenburg focused much of his attention on feeding hungry children throughout the country and around the world. He called on every congregation and presbytery to engage in a program of study about what Presbyterians believe about the Bible.

“As a pastor he was a great preacher, a great leader,” said the Rev. John Cleghorn, pastor of Caldwell Presbyterian Church in Charlotte and a retired senior vice president with Bank of America. “He stepped out into the city and led a citywide fight against poverty,” creating a nonprofit agency “that to this day still serves people.”

Oldenburg is survived by his wife Claudia and their three sons, Mark Scott and Todd; their wives, Courtney, Leah and Claire; and eight grandchildren, Tyce, Jake, Paige, Hap, Evan, Eli, Charlie and Isla.

A virtual memorial service is scheduled for for 11 a.m. Eastern Time on Wednesday, July 29. For a link to the virtual service, see Oldenburg’s obituary here.