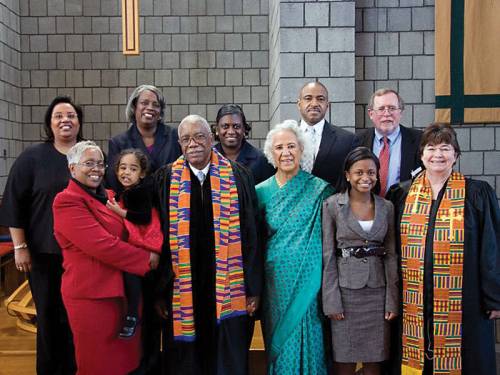 LOUISVILLE — The Rev. Darius Swann, the lead plaintiff in a landmark Supreme Court case, Swann v. Charlotte-Mecklenburg Board of Education, died March 8 at the age of 95.

Swann was Professor Emeritus of the Interdenominational Theological Center. Educated at Johnson C. Smith University (college and seminary) in Charlotte, North Carolina; Union Theological Seminary in New York, and the University of Hawaii, he served widely in the church and academia.

From 1948 to 1964, Swann served as an educational missionary to China for three years and in India for 11 years, all with the Presbyterian Church (U.S.A.). While in India, he pioneered the use of indigenous drama and theater in religion through the Christian Drama Program that he founded. He was the denomination’s first African American missionary in a non-African country. 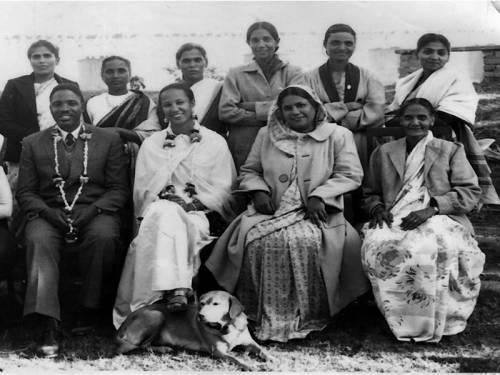 The late Rev. Darius and Vera Swann served as missionaries for the PC(USA) in India for 11 years. They were the first African American missionaries to be assigned to a non-African country. (Contributed photo)

In the U.S., Swann taught at Johnson C. Smith Theological Seminary and George Mason University. While teaching at the seminary during the mid-1960s, Swann and his wife became the plaintiffs in the landmark Supreme Court case that opened the way for busing to be used as a tool for desegregating public schools.

Swann and his wife, Vera, had returned to Charlotte in 1964. It was time for their son James to enter the first grade and they wanted him to attend an integrated school. Although the Swanns’ neighborhood school was integrated, the Charlotte-Mecklenburg School Board assigned James to an all-black school instead of the integrated Seversville Elementary School. Although the city’s school system was operating under a desegregation plan at the time, most black students continued to be assigned to all-black schools.

Working with civil rights attorney Julius Chambers, the Swanns sued the Charlotte-Mecklenburg Board of Education in January 1965. In 1969 U.S. District Judge James McMillan ruled that the school district was effectively running “dual systems” for black and white students and ordered busing to correct the problem. The Supreme Court unanimously upheld McMillan’s ruling in 1971.

In response to the lawsuit, the Charlotte-Mecklenburg Board of Education developed a freedom-of-choice desegregation plan which allowed James and his younger sister to attend Eastover Elementary, in a white neighborhood.

“The National Black Presbyterian Caucus grieves the death of Rev. Darius Swann,” said Thomas Priest, Jr., president of the caucus. “Our prayers are with Vera and the Swann family. I met Rev. Swann and Vera at a NBPC National Convention.  He and Vera were encouraging members to contribute to the Maria Fearing Fund, which promotes the importance of cultural exchanges between African people on the continent and African people across the diaspora. I bought 50 of the “The Maria Fearing Story” books written by Darius L. and Vera Poe Swann.”

“Darius and Vera encouraged me to learn about Maria Fearing and share her story with the Michigan Black Presbyterian Caucus and the Presbytery of Detroit.” Priest said. “In doing so I made the most profound connection with our history and why it was and still is necessary to achieve the purpose and mission of the NBPC. Not only known for their pioneering civil rights activism and missionary work in China and India, they took time to encourage me.”

Vera Swann is the former moderator of the NBPC.