The Rev. Dr. Edward McNulty, a Presbyterian pastor and film critic, has new study questions for the 2019 film “Just Mercy,” which Warner Brothers is making available for free viewing during the month of June.

LOUISVILLE — With news this week that Warner Brothers is providing its 2019 film “Just Mercy” free for viewing on platforms including YouTube, the Rev. Dr.  Edward McNulty, a Presbyterian pastor and film critic, has developed discussion questions and provided a review of the film.

McNulty, who reviews films about faith and other films and frequently provides discussion questions in his online journal “Visual Parables,” said in an email that he wants Presbyterians and others “to take advantage of a major film shedding light on systemic racism.” 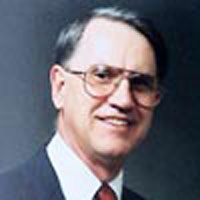 According to McNulty, “Just Mercy,” directed by Destin Daniel Cretton, tells the true story of the first case of long-time civil rights advocate Bryan Stevenson, who in the late 1980s became the head of Alabama’s Equal Justice Initiative right after graduating from Harvard Law School.

Seeking to overturn the falsely obtained conviction of Walter McMillian, the African American lawyer runs up against a thoroughly racist justice system, starting with the police, the district attorney, the prison guards and the judges. Only by a persistence like the widow in Jesus’ Parable of the Widow and the Unjust Judge does Stevenson emerge victorious at last. The faith of the advocate and of the African American family is well depicted, with the lawyer’s words near the ending possessing a biblical ring: “We all need justice, we all need mercy, we all need unmerited grace.”

Here’s a portion of McNulty’s review of “Just Mercy”:

After a short prelude in which we see student Bryan Stevenson (Michael B. Jordan) easily bonding with an imprisoned black man, the story jumps ahead to the late 1980s, when Stevenson has just graduated from Harvard Law School and is visiting his mother before heading south to head the Equal Justice Initiative, which was set up to defend blacks sentenced to death.

He is ably aided by a courageous white woman, Eva Ansley (Brie Larson), married and with children. Stevenson himself suffers humiliation upon his first visit to client Walter McMillian (Jamie Foxx) when the prison guard forces the lawyer to strip off all his clothes for a search before letting him into the secured area of the prison.

McMillian, Stevenson discovers, was put on death row as soon as he was arrested and accused of the brutal 1986 murder of 18-year-old Ronda Morrison at a dry-cleaning business in Monroeville, Alabama. Neither the police nor the D.A. paid attention to the testimony of family and friends that Walter had been at a church fish fry when the murder was committed. His conviction rested entirely upon the testimony of the white Ralph Myers (Tim Blake Nelson), a convicted felon, whose testimony was probably coerced by the police.

But before he can probe deeper into the case, Stevenson must convince McMillian to reopen his case. The prisoner has been so beat down and disillusioned by the blatant racism of the system that he has given up hope, other lawyers having come and made promises they could not keep. Undeterred, Stevenson visits the family on their farm. After some hesitation, Walter’s wife Minnie McMillian (Karan Kendrick) and her relatives  are convinced that Stevenson is the real deal and agree that the case should be pursued. With this Walter is persuaded to give his permission, especially after Stevenson informs him there will be no cost to them, and the lawyer proceeds.

It will, of course, be an uphill battle, beginning with the lawyer’s visit with the local sheriff and D.A. Tommy Chapman (Rafe Spall), who are upset by his activities. Stevenson is harassed by the local police, and an anonymous caller warns Eva that a bomb is about to go off at her house because she is lodging the lawyer there. Even when Stevenson gathers the overwhelming evidence that Walter could not have committed the crime, he runs up against the embedded racism in the Alabama court system. What to do?

Review and discussion questions written by Edward McNulty for the February 2020 issue of Visual Parables, with additional questions.© 2020 Edward McNulty.