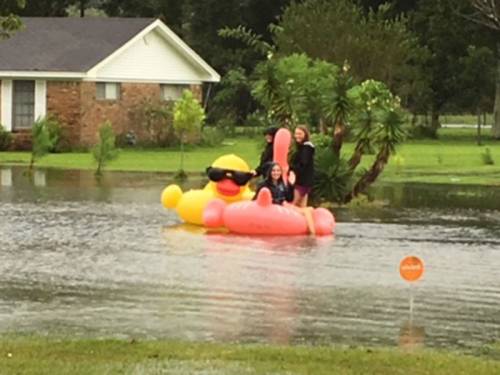 LOUISVILLE – It’s called the Golden Triangle, a region about an hour and a half east of Houston. Most people had never heard of it until Hurricane Harvey. The communities in the triangle made national news when flooding cut off many residents from immediate help. Like many Texans impacted by Harvey, some homes saw minimal damage, while others had several feet of water.

In the nearly three weeks since Harvey, residents have worked fast and furiously to try to return to some sense of normalcy. Churches in the area have become distribution centers for supplies such as water, diapers, food, cleaning materials and other necessities while trying to get worship and other church activities back on track.

For St. Andrew’s Presbyterian Church in Beaumont, Sunday saw the largest attendance yet since the storm. Church leaders told the congregation the estimated damage to the facility was $50,000 to $70,000. There was water damage in the church nursery, courtyard and ceilings. 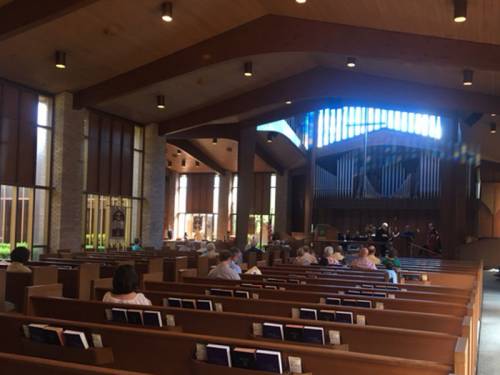 During his sermon, the Rev. Dr. Emmett Powers encouraged the congregation to keep moving forward.

“New lives will emerge from the rubble, yet some will take longer to recover,” he said. “We look around at the losses and we realize the task of putting lives back together is our ministry whether it be a case of water, a jar of peanut butter or a bottle of medicine. We will re-establish humanity from this mountain of debris.”

Several members of the congregation suffered damage to their homes, including Bob and Judy Fisher, who had more than 60 inches of water in their house.

“Now it’s a matter of trying to figure out what to do next. Our furniture, tools and other items are gone,” Bob Fisher said. “Where do I get reputable labor to come and give an estimate for repairs? Federal officials want answers within 60 days. It will take a year or more before we get things back on track.”

Mike and Tammy Markum, along with their daughter Kaylee, found themselves isolated in their home as water began to rise in their neighborhood.

“When the water started to rise, we moved things from the first floor of our house to the second floor,” Mike Markum said. “At 2 a.m., the water was 15 feet from our house. Four hours later, the water was lapping at our door.”

Markum says he estimates that his neighborhood saw 48 inches of water but he only had 2 inches in his house.

“When news of Harvey’s approach came in, I bought supplies, but was still worried we would run out of food and lose power,” Markum said. “However, we were lucky and that never happened.”

Markum says that once the water receded, people would show up several times during the week, knocking on doors and offering food and assistance.

“Our church community is strong in Beaumont. You could hear boats going out all weekend picking people up,” he said. “Don’t believe the national news; people still care about each other.”

Powers says one family still lives in the church’s youth facility because of damage to their home.

“One item the man lost was a boat that had belonged to his father. The man grew up on that boat and it floated away during the flood,” Powers said. “He would love to find it.”

Powers says the church will continue to reach out to the community and work to restore lives as quickly as possible. In the meantime, plans are to continue with programs and services, including a special Christmas pageant in December.