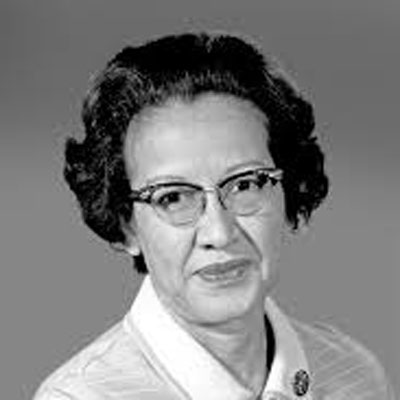 LOUISVILLE — February marks the month when black excellence is celebrated across this country. Each year during Black History Month, Americans celebrate and commemorate the extraordinary contributions African Americans have made and continue to make to the United States of America.

Individuals featured in the insert include such notable firsts as the Rev. John Gloucester, or “Jack,” as he was originally known. Gloucester was born enslaved during the early years of the American Revolution in Kentucky.  He was later purchased by Gideon Blackburn of Tennessee, a Presbyterian minister. Through legislation in Tennessee, Blackburn freed Jack and changed his name to John Gloucester. He also successfully authorized Gloucester to preach the Presbyterian faith “to the Africans.”

As early as 1807, the Presbytery of the Union Synod of Tennessee had recommended to the General Assembly in Lexington, Kentucky, that a “slave should be licensed to preach among colored people.” By 1807, Gloucester was street preaching in Philadelphia. In 1810, he obtained his license to preach and was ordained as a minister. Gloucester became a member of the Presbytery of Philadelphia on April 16, 1811.  The next month Gloucester became the pastor of the African Presbyterian Church and served in this capacity until his death from tuberculosis in 1822.

Other historical figures include:

The Rev. William Henry Sheppard, a Presbyterian minister and the first black missionary to the Congo. He gained national and international fame after he exposed the violent practices of Belgian rubber companies as they manipulated the political relationships among Congolese tribes in order to profit from slave labor.

Lucy Craft Laney is Georgia’s most famous female African American educator. She was the founder and principal of the Haines Institute in Augusta for 50 years. Born on April 13, 1854, “Miss Lucy,” as she was generally known, began her own school in the basement of Christ Presbyterian Church in Augusta.

In 1976, Thelma C. Davidson Adair became the first black women elected moderator of the General Assembly of the United Presbyterian Church in the United States of America (UPCUSA). She is the former president of Church Women United.

Rev. Edler Garnett Hawkins was the first African American moderator of the United Presbyterian Church in the U.S.A. He emerged as one of the most influential pastor-preacher churchmen, ecumenists and teachers among Presbyterians, and gave voice and visibility to the “souls of black folk,” as W.E.B. DuBois put it in 1903.

Rev. Dr. Katie Geneva Cannon was the first African American woman ordained in the United Presbyterian Church (U.S.A.). She is the author or editor of numerous articles and seven books including “Katie’s Canon: Womanism and the Soul of the Black Community” and “Black Womanist Ethics.”

The insert also includes more recent individuals like the Presbyterian ruling elder Katherine Coleman Goble Johnson, who was the first African American woman to receive the Presidential Medal of Freedom. Johnson is one of the mathematicians featured in “Hidden Figures,” the movie based on the best-selling book by Margot Lee Shetterly.

On the 60th anniversary of making women eligible to be pastors, and the 85th anniversary of ordaining its first woman elder, the Presbyterian Church (U.S.A.) made history at the 222nd General Assembly (2016) by electing two women as co-moderators for the first time. The vote made the Rev. T. Denise Anderson the denomination’s first African American co-moderator.

Another historic first at the 222nd General Assembly (2016) was the election of the Rev. Dr. J. Herbert Nelson, II, as Stated Clerk of the PC(USA), the largest Reformed denomination in the United States. The son, grandson and nephew of Presbyterian pastors, Nelson is the first African American to lead the denomination in its history, which dates back to the 18th century.

And rounding out the 10 historical figures is the Rev. Dr. Diane Moffett, a pastor from North Carolina with experience in faith-based advocacy and interfaith work. Moffett was elected as the first African American president and executive director of the Presbyterian Mission Agency by the 223rd General Assembly in 2018.