by Teresa Bidert, Presbyterian Committee on the Self-Development of People | Special to Presbyterian News Service

LOUISVILLE — The Presbyterian Committee on the Self-Development of People (SDOP) has been working in Panama, as a focus country, since 2018.

During the first visit of the country in November 2018, by members of the International Task Force Committee and the SDOP staff, the selection of the country proved to be a very wise decision. Several disadvantaged communities received visits. The poor conditions of the people in general demonstrated that SDOP can be a great support for people who were living oppressed by poverty and disenfranchisement.

The SDOP National Committee approved grants for three community groups in May 2019, and the groups began receiving SDOP funds a few weeks later. The groups are:  Group of Women of Value S.A., in Panama City; Craft, Art and Beauty, in Las Tablas; and Center of Panamanian Women (CEMP), in San Miguelito.

Self-Development of People, which celebrates its 50th Anniversary in 2020, is supported by gifts to One Great Hour of Sharing. 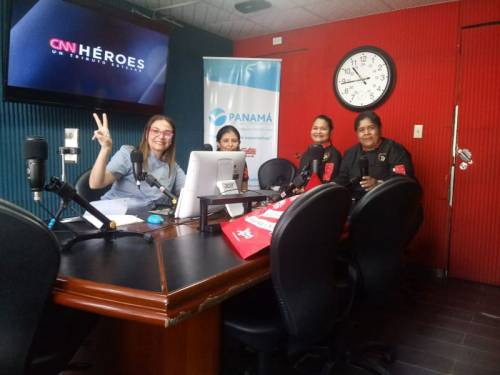 Members of the Group of Women of Value S.A. participate in a radio interview. (Contributed photo) 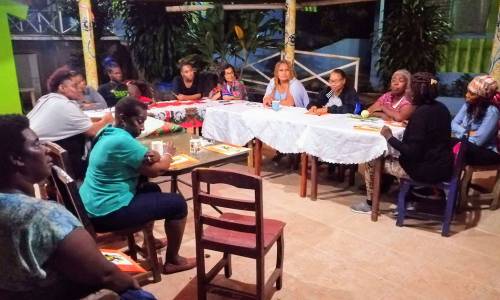 The Center of Panamanian Women received an SDOP grant to plan and launch micro-businesses for 20 Afro-Panamanian women. (Contributed photo)

During the second visit to Panama in 2019, the SDOP team visited with an indigenous group, EMBERA, in Darien in Eastern Panama. This group traveled four hours via motorized canoe to meet with us. They described difficult conditions in their remote area, with a lack of clean water and its health consequences. The community is well organized and has plans to build a potable water system, so they completed our grant application. 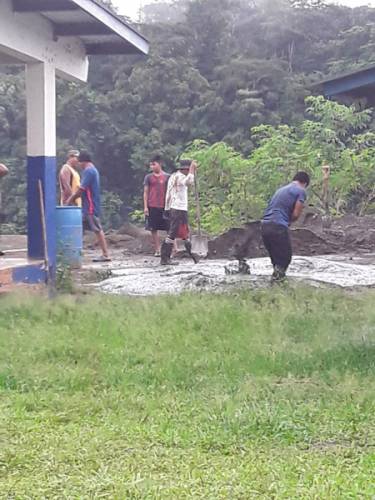 The SDOP Committee awarded the group Women Committee at Villa Nueva and Water Council a grant to build a water system. The grant was to build a rural aqueduct in a remote indigenous community. A 1,500-gallon cement tank-container for water will be built and connections will be made from the tank along several supply routes, providing each house with a spigot. There are 52 houses and a school. The group has achieved its goals on time during the first period of their project. These are some of the group’s remarks: “In this 2019 period, the drinking water aqueduct in the community of Villa Nueva has been under construction. Thanks to the Presbyterian Church (U.S.A.), who have given us this support in which the work has been carried out, with the first payment of $ 7,500. The construction of this work is of great benefit to us and we thank you for the project in which we have continued to be blessed. All the work that was done has been carried out satisfactorily together with the help of the members of the community who have given us their support.””

Another group that the SDOP team visited in 2019, Performing Arts of Colon, demonstrated impressive community work. Group members are working on their application to be submitted soon.

The SDOP International Task Force and staff will continue to work to strengthen their relationships with grassroots and underserved community groups in Panama in this year and in years to come. The partnerships established have been and continue to be about hope, dignity, empowerment, justice and compassion.