Building a Life of Faith. Support the Pentecost Offering..
Make A Donation Click Here >
Home › Seeing the reign of God at work amidst suffering and oppression

Presbyterian Church of Honduras has limited resources but love in abundance

Yulizabeth Ramos, a nursing student and member of the Presbyterian Church of Honduras, took vital signs of a mother and child in Choncó, Copán Ruínas, Honduras, last month. (Photo by Nelson Santos)

LOUISVILLE — Just before the entering the Lenten season, the Lectionary gospel reading was Mark 1:14-20 where, following his baptism, Jesus calls the first four disciples by the Sea of Galilee.

Verses 14 and 15 captured the attention of mission co-worker the Rev. Dori Hjalmarson currently serving in Honduras.

After John was arrested, Jesus proclaimed … the time is fulfilled, and the kingdom of God has come near … 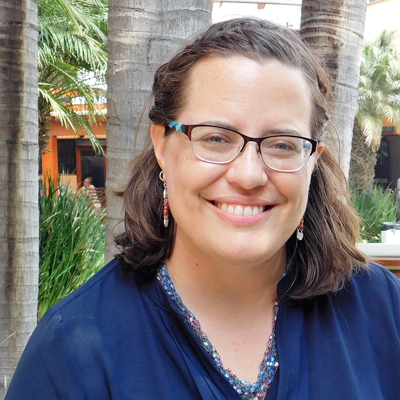 The Rev. Dori Hjalmarson is a mission co-worker serving with the Presbyterian Church of Honduras. (Contributed photo)

Hjalmarson stayed in Honduras over the last year of pandemic lockdown and accompanied her Honduran siblings through natural disasters, political division and government corruption.

In November, seven months into total economic shutdown in Honduras, Central America was slammed by two record-breaking hurricanes in one week. Vulnerable neighborhoods were underwater for days, and layers of mud deposits remain in some places. On the northern coast of Honduras, some urban neighborhoods have been turned into tent cities as recovery and cleanup efforts focused on infrastructure such as the San Pedro Sula airport.

Hjalmarson said many in Honduras compare these two massive storms to the decades-long effects of Hurricane Mitch in 1998. Because of the hurricanes, along with the pandemic economy, the United Nations World Food Program estimates that hunger in the region increased fourfold. She said some estimate one-third of the population of Honduras will experience severe hunger in the next year.

“In November, I really started to feel the accumulated effects of the low-grade trauma, isolation, and hopelessness,” she wrote. “As I watched in horror as families were rescued in rowboats from the roofs of their houses, I thanked God that none of my Honduran Presbyterian Church communities were severely affected. Then one Honduran friend and colleague, Alex Rodas, called me. ‘I want to do something. I have to do something,’ he said.”

She too was frustrated. The church did not have the resources of a relief organization. She believed their prayers were the best they could offer at that moment, but Rodas wasn’t satisfied.

The Honduran Presbyterian Church has decades-long relationships with U.S. groups and presbyteries that visit annually to work on short-term mission projects and provide medical care. “We may not have financial resources, but we have people,” Rodas told her. “We have skills. And most importantly, we have love and desire to help.” 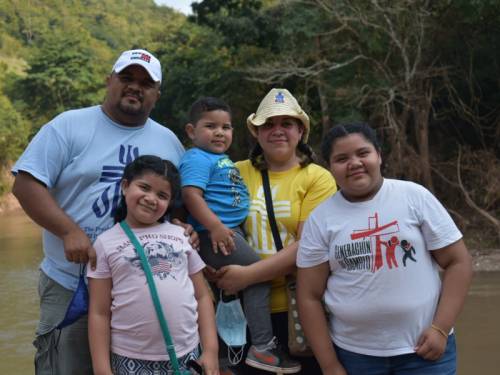 Alex Rodas, his wife, Selenia Ordóñez, and their children, Sofía, left, Mateo, and Fernanda, are Presbyterian Church of Honduras members who have been instrumental in reimagining mission and their church’s relationship to the community during COVID-19 and hurricane disasters of 2020 in Choncó, Copán Ruínas, Honduras. (Photo by Nelson Santos)

Rodas and other church and community leaders came together, not knowing if they could afford to donate even one bag of food or dose of medicine, but they had the desire to help.

“Alex changed my mind with his prophetic vision of abundance amid need,” Hjalmarson said recently.

She and church leaders began networking with communities in need and with PC(USA) supporters who might be able to help.

“Those would be legitimate questions if we were answering God’s call from a place of fear and if we only saw scarcity of resources and future disaster,” Hjalmarson wrote. “Thanks to Alex, I came around to the point of view that we, like the first disciples, are called to overcome fear, to recognize our existing gifts, to seek partnership and collaboration, and recognize that we find the reign of God at work in the world in the midst of suffering and oppression. However, by participating in God’s work, we can find God’s abundance by reaching out our hand to our neighbor.” 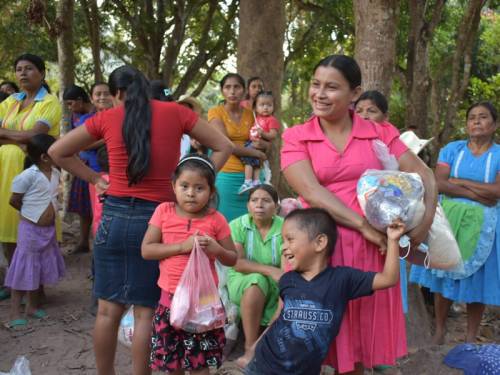 A family in Choncó, Copán Ruínas, Honduras, receives a bag of food supplies from the Presbyterian Church of Honduras, in February after losing crops and road access to larger cities during Hurricanes Eta and Iota in November 2020. (Photo by Nelson Santos)

The Presbyterian Church of Honduras expected to serve one community with 100 food bags and a medical clinic. Instead, thanks to the commitment of more than 50 volunteers and several U.S. donors, including Presbyterian Disaster Assistance, the church has distributed more than 1,500 bags of food, held three clinics, and will hold a fourth in the coming month. It was the first time that an all-Honduran Presbyterian volunteer team has mounted this type of effort.

The volunteers also participated in an ongoing study of mission and the church’s relationship with community, which gave birth to a pilot project they are calling “The Good Sower” based on the parable in the fourth chapter of Mark. The project hopes to use church resources to multiply community food security projects.

“The effort is transforming the church’s idea of what mission is,” she wrote. “It can seem that because we have needs and scarce economic resources, that we have nothing to give anyone else. But the truth is, we create abundance by bravely participating in God’s work and saying ‘yes’ to the call.”

To learn more about Hjalmarson’s work with the Presbyterian Church of Honduras, visit her mission connections page here.