Support disaster response this hurricane season, GIVE NOW
Make A Donation Click Here >
Home › Seeds of hope must be watered in Bolivia 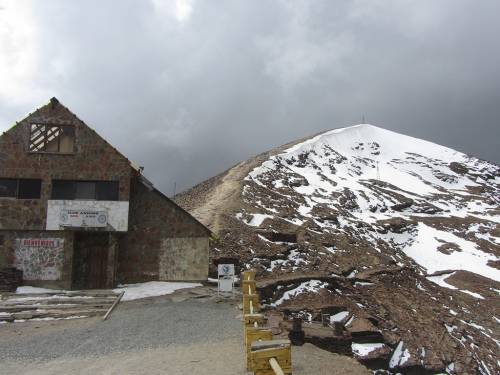 What’s left of the Chacaltaya glacier. Due to lack of precipitation and El Niño effects, Bolivia’s only lift-accessed ski resort area closed several years before the glacier’s predicted demise. (Photo by Chenoa Stock)

LA PAZ, BOLIVIA – The gravel road is mostly abandoned now. With only small spots of fallen snow and flurries along the way, one would not believe this was the same road that led masses of people to the world’s highest lift-served ski area at 17,785 feet. After navigating hairpin turns and watching the houses and farmland of the Bolivian altiplano (high plateau) become smaller and smaller (if one dared look over the narrow road’s edge), the Chacaltaya glacier, in all of its nakedness, soon would be revealed. Today’s view of the glacier, however, is much different from that of years past. Now only a few small remnants of ice and snow persist.

What used to be one of the highest glaciers in South America, a majestic mountain of the Cordillera Real range, and thus part of the Bolivian Andes range, Chacaltaya was about 18,000 years old when it disappeared in 2009. Though predicted to survive until 2015, the glacier melted at an accelerated rate after 1980, due to lack of precipitation and El Niño effects. For the cities of La Paz and El Alto and those villages of the altiplano who rely on the partial melting of the Andean glaciers for parts of their water supply, this disappearance is cause for alarm and action.

While many in this west central region of the Bolivian altiplano worry about the disappearance of their glaciers and their freshwater resource due to global climate change, those in the southwestern altiplano are concerned about the disappearance of one of their principal water resources due to human intervention. Many communities and fishermen used to spend their days on Lake Poopó, located outside the major mining city of Oruro, hunting for the next meal for their family and maintaining their livelihood. But now, due to the slow and eventual disappearance of the lake last December, these men and their families are left with nothing but empty boats on nonexistent shores. 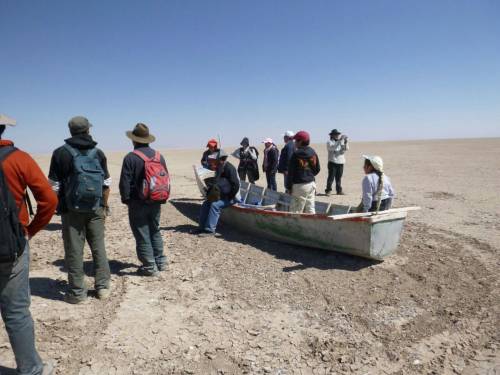 There is no accurate estimate of the numbers of Bolivians and wildlife displaced by the disappearance of Lake Poopó, high in the Bolivian Andes. (Photo by Joke Neels)

Lake Poopó, once the second largest lake in Bolivia, was a crucial water and life source for many in the surrounding areas. Though the Bolivian government claims this change was due to natural

causes—such as climate change and El Niño—community members and local technical universities know that another significant factor for this loss is the diversion of water for mining and other industrial purposes.

Bolivia is one of South America’s poorest countries, but its location in the Andes Mountains provides it with a wealth of natural resources. This is both a blessing and a curse. After hydrocarbon exploitation, mining is its second biggest industry, extracting a variety of minerals such as tin, gold, silver and zinc. As Bolivia’s economy grows steadily from these extractive industries, many communities suffer the consequences.

The health and well-being of communities such as Toma Toma and Machacamarca, located outside of Oruro, have been greatly affected by mining contamination of their water and land. Located downstream from a mining operation, community members, such as Doña Primavera, find themselves with little access to clean water, stunted crops, sick livestock, rare illnesses and migration of their children to the cities because there is no longer work for the younger generation on the barren and contaminated land.

Upon studying and learning together with their U.S. partners in San Francisco and Cascades presbyteries, UMAVIDA chose to focus its campaign for sustainable and just change on the issue of water. They could not deny the spiritual call that all of God’s people deserve to live an abundant and dignified life; one that includes equal access to this sacred and precious resource. 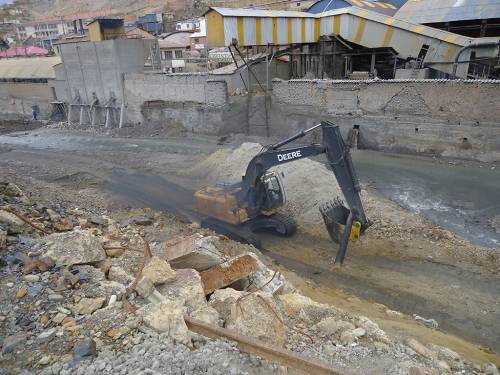 A mining operation in Oruro, Bolivia, dumps waste into the Huanuni River. (Photo by Chenoa Stock)

According to a 2008 report of the United Nations Development Program, Bolivia is among the countries with the greatest reserves of water resources in the world. These resources are for domestic, industrial and agricultural use. Unfortunately, since the writing of the new Constitution in 2009, there has not been a water law passed to protect these resources and regulate their use by citizens and industries so as to avoid more natural disasters, such as the Chacaltaya glacier and Lake Poopó.

Our mission is to get to the root of the problem of contamination and injustice, advocating for the long-forgotten Water Law Bill to be an important part of the political agenda.

As Presbyterians, we have faith that where seeds of hope are planted—even on barren land and in despair—life can grow. Where the strength of partnership and God’s love is felt, the Sustainer of Life is present. UMAVIDA is the seed of life and light of the PC(USA), planted in Bolivia to grow and provide support for people like Doña Primavera and others in similarly-affected communities.

We serve in the hope that justice will flow down like [clean] waters and that this sacred resource will be sustainably protected and controlled—not only for the extractive industries, but for God’s Kingdom and people. Water is life. Let us walk in partnership, as the PC(USA) and UMAVIDA, and accompany our Bolivian brothers and sisters to plant seeds of hope for environmental justice and care for God’s creation, nourishing it with the living water that sustains us all.
—–