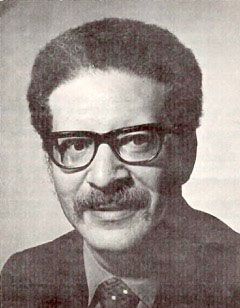 SAN FRANCISCO — San Francisco Theological Seminary was established in 1871. In August 1969 under the leadership of President Arnold Come, the trustees of SFTS called the Rev. Dr. Cornelius O. Berry Sr. to join the faculty as their first full-time African American professor. Dr. Berry was an associate professor of systematic theology. He was a faculty member of both SFTS and the Graduate Theological Union located in Berkeley, California. He was also chairman of the Advanced Pastoral Committee and of Area 111 in the GTU until his untimely death in July 1973.

Rev. Berry’s parents left South Carolina in the early 1920s and moved to the Sugar Hill area of Harlem in New York City. They then moved to the southeast Bronx, which was a predominately Jewish community. Dad was born there on Feb. 13, 1926. My father was a product of the New York City public school system, and he skipped three grades. While in the Bronx, he joined the mighty St. Augustine Presbyterian Church at its inception. The Rev. Edler Hawkins was the founding pastor. Edler would later become the first black moderator of the General Assembly of the United Presbyterian Church.

My father was very mischievous as a lad, and one day he went into Rev. Hawkins office and acted up terribly. He then ran out of the church down the streets of the Bronx. My father did not know that Edler had been a track star in college, and he proceeded to catch my father and drag him back to the church by the scruff of his neck. From that day on, my dad was completely devoted to Rev. Hawkins. Rev. Hawkins’ leadership was so great that many of the gifted young men of the Bronx who joined St. Augustine’s decided to become Presbyterian ministers rather than doctors or lawyers. My father was one of these young men, and Rev. Hawkins became a surrogate father to our family. 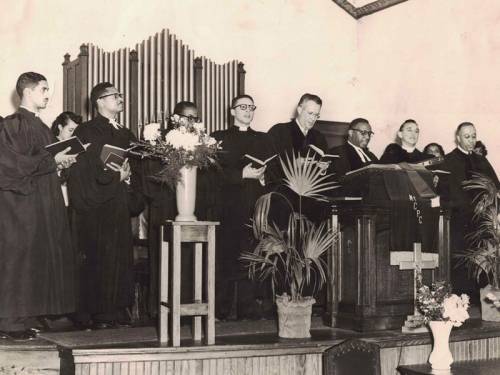 Celebration when the Rev. Berry (fourth from left) was installed at Mr. Carmel Presbyterian Church, Newark, N.J., in 1950

Dad then attended City College of New York, which was free but highly competitive to get in. He earned his B.A. there and then went on to attend Union Theological Seminary. These were the golden years of Union Seminary of New York with such men as Reinold Neihbur, Paul Tillich and James Muilenburg teaching classes. In his second year at Union, he married his childhood sweetheart and the love of his life, Lois Gwendolyn Palmer. Upon graduation, he took a call to a small Protestant parish in East Harlem. He was then called to Mt. Carmel Presbyterian Church in Newark, New Jersey, where my sister and I were born. He stayed there eight years and while there, he started work on his Ph.D. at Columbia University in New York. He then was called to St. Albans Presbyterian church in Queens, New York, for three years.

These were happy years for my father and mother. These years were made even happier because Dad could frequently visit his only sibling (his two-year-older brother, Creighton Berry) and his family and in Jamaica, Queens. My father and his brother were very close. They were both brilliant in their own ways. Creighton went on to head Gimbels department store’s commercial art department. Gimbels in New York City was the second largest department store in the world at that time. He later founded the Edler Hawkins foundation in New York City for the Presbyterian Church (U.S.A.). He is also considered one of the greatest watercolor artists of his generation.

During this time, he made lifelong friends with the Rev. Clarence Cave and the Rev. Joe Roberts. Clarence became a longtime administrator for ethnic affairs in the General Assembly and was my godfather. Rev. Roberts was honored to be nominated by Daddy King (seven years after his son Martin was killed) to fill the pulpit of Ebenezer Baptist Church in Atlanta.

Dr. Berry was then called in 1961 to the Board of Christian Education in Philadelphia. Dad was only the second black man hired to work for the national church. We were the first black family to live in Merion Station and only because the Quakers sold us a home there. He became a charter member of the Black Presbyterian Union when racial tensions were beginning to rise in the country. Dad’s job at the Board was to fly around the country implementing the newest and the most enriching models of Christian education. To this end, in 1964 he started Vanguard magazine that was sent to the presbyteries and churches of the UPC. In 1963 my sister Alison was born there. 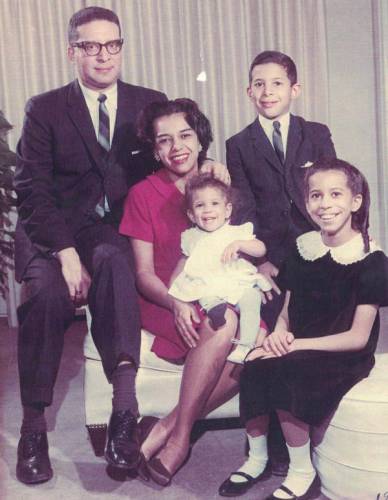 We moved to Alma, Michigan, in 1965, where my father was named the chaplain of Alma Presbyterian College and assistant professor of religion. Dad went down to Montgomery, Alabama, at this time and met and marched with Dr. King. They became friends, and in 1967 he called Dad to discuss his evolving views on the Vietnam War.

In 1969 Rev. Berry received the call to SFTS. He finished his doctoral thesis in nine months and was awarded a Ph.D. in philosophy from Columbia. His thesis was a systematic exercise in proving the existence of the human soul.

When we arrived in Berkeley, Dad stood face to face with the counterrevolution. This caused him a struggle for discernment that any black intellectual born in the 1920s would have. He looked to Tillich’s idea of the “new being” to frame the young people’s quest, in a Christological context.

“Christianity as a religion is not important, for Christianity is more than a religion. It is the New Being that is important. Resurrection is not an event that might happen in some remote future, but it is the power of the New Being to create life out of death, here and now, today and tomorrow. Where there is a New Being, there is a resurrection, namely, the creation into eternity out of every moment of time.” — Paul Tillich

In a surprising move of solidarity with the young people’s movement, he asked if he could have a polished clay peace symbol I had. He had never asked me for anything before in my life. He wore that peace symbol around his neck instead of a cross every day for the rest of his life. 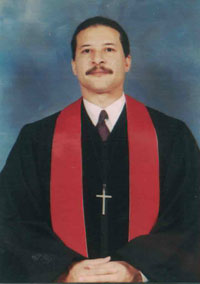 “One of my clearest recollections of my father was when he took us to Jones Beach on Long Island, where everyone from New York and New Jersey vacationed. It was truly amazing to see him swimming against the horizon — he looked like a great white whale. His swimming skills were amazing. The pictures in my mind of him swimming in the ocean are truly epiphanic.”  — Author Rev. Cornelius Oliver Berry Jr. (“Neil Jr.”)

Dad’s close friends at the seminary were the Rev. Howard Rice (longtime chaplain of SFTS), the Rev. John Hadsell (longtime administer) and the Rev. Warren Lee (longtime Director of the Advanced Pastoral Department). Rev. Rice and I became great friends during my time as a student at the seminary. One day he called me aside and said, “Neil, your father had a special place in my heart, and he was one of my favorite theologians. He made Tillich understandable to me.”

Upon his death, Dad was working on a book about the black church in America. In 1994 I picked up the baton and took the idea for a course on the history of the black church in America to the African Studies department of the University of Michigan, Flint campus. It was the most popular course in the department, and I taught it there for five years until I took a call to Witherspoon Presbyterian Church in Indianapolis. The course is still taught there to this day. 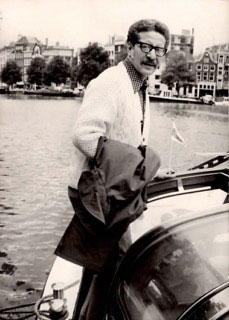 Dr. Berry, age 47, in Amsterdam, preparing to sail off into the sunset.

In conclusion, I would like to quote from the eulogy his good friend and colleague, the Rev. Dr. Benjamin Reist, gave at “The Church by the Side of the Road” in Berkeley in July 1973: “To say ‘poor in spirit’ with reference to my colleague, my friend, and my brother Neil is to utter then a high salute indeed. For Neil’s was that unique kind of poverty of spirit that refused to relinquish the integrity of his own identity in the face of any external definition from left or right, black or white.”

If Dad were alive today, he would be proud to know that the Rev. Dr. Diane Givens Moffett (whose younger brother, Christopher, married his youngest daughter, Alison) was recently named executive director and president of the Presbyterian Mission Agency in Louisville, Kentucky.