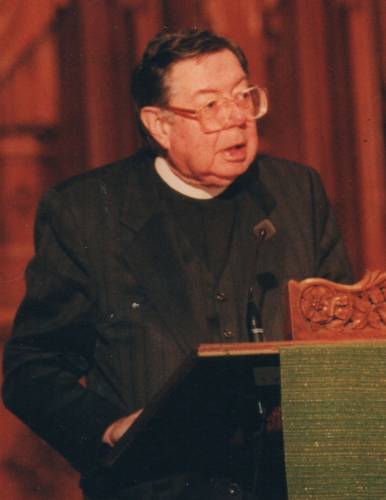 LOUISVILLE — The Rev. Dr. Horace T. Allen, Jr., an ecumenical Christian scholar of worship and liturgy, professor and longtime member of The Consultation on Common Texts — described as “an ecumenical consultation of liturgical scholars and denominational representatives from the United States and Canada who produce liturgical texts and curate a three-year lectionary in common use by Christian churches worldwide” — died on Feb. 5.

“In this way, he embodied the hope of Christian reconciliation and the work of common worship,” Gambrell said. “Among many other contributions, Allen’s critical role in shaping the Revised Common Lectionary will stand as a tremendous gift, remarkable achievement, and enduring legacy.”

The Rev. Robina Winbush, director or ecumenical & agency relations for the Office of the General Assembly of the PC(USA), said, “I first met Horace Allen at the Consultation on Church Union 1988 plenary. He was a member of the Worship Commission. His contribution of bringing the best of Reformed worship tradition to an ecumenical context and opening Presbyterians to gifts from ecumenical partners was significant.”

Allen received his bachelor’s degree from Princeton University, his Master of Divinity from Harvard Divinity School, and his doctorate from Union Theological Seminary in New York City.

He was a co-chair of the English Language Liturgical Consultation and as Boston University’s first professor of Liturgical studies from 1978 until his retirement in 2003. At his retirement, he was named Professor Emeritus.

Allen also was a guest lecturer on worship at Andover Newton Theological School for many years as well as serving several churches in the United States; Scotland’s Iona Abbey, Argyll in Warden, England; and Bristol, England.

“His Presbyterian leadership was remarkable,” said Laura Everett, executive director of the Massachusetts Council of Churches. “I feel blessed to have met Horace and have benefited from his vision.”

In 2012 Allen received the organization’s Forrest L. Knapp Award “in recognition of a lifetime of ecumenical service to the Church, a sustained commitment to robust common worship, and the vision to help create the Revised Common Lectionary.”

A memorial service will be held at 2 p.m. on Sunday, March 3, in Marsh Chapel at Boston University, 735 Commonwealth Ave., Boston.