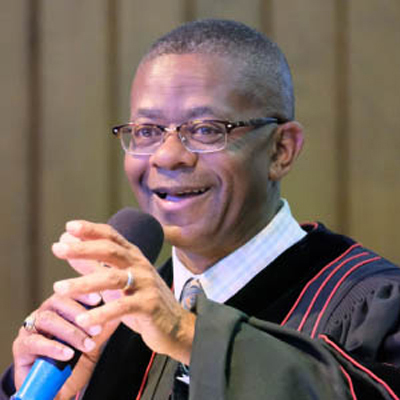 LOUISVILLE —  During closing worship Wednesday at the Rethinking Evangelism digital conference, the Rev. Dr. Jerry Cannon said a “scandalous conversation” between Jesus and a Samaritan woman has much to teach Presbyterians about evangelism.

Preaching from John 4:1-42, Cannon described the conversation — held during the heat of the day — as one that shouldn’t have taken place. The Jews and Samaritans were enemies, so much so that even though the quickest way to get to Galilee was to go through Samaria, Jews skirted Samaria because of their hatred for the people who lived there.

And then Cannon, senior pastor at C.N. Jenkins Memorial Presbyterian Church in Charlotte, North Carolina, spoke for a moment about the joy of what happens in this kind of scandalous conversations. That joy occurs, he said, when one begins to speak truth to power — and learns how to speak for those who can’t speak for themselves.

“Indeed, what is scandalous in one person’s eyes is poignant in other eyes,” he said. “Scandalous conversations bring about transformation that changes not just you, but those around you.”

Cannon also described a “surprising confession” that occurs as part of Jesus’s conversation with the woman. He raises the question, “Woman, where is your husband?” and she answers, “I don’t have one.” Jesus responds in this way: “You are right when you say you have no husband. You have had five husbands, and the man you now have is not your husband”

Cannon said this put her business “right out there on Front Street.”

“It’s like Christ pulling back the curtain of your life,” he said. “Downloading your hard drive, opening up things you didn’t think Christ or anybody else knew about.”

And yet because Christ loves us in spite of ourselves, Cannon has recognized once again through this account that one doesn’t have to be perfect, but simply open to the movement of God through the Holy Spirit.

As the woman recognizes that she is fully known by the one who says he can quench her everlasting thirst — and that she might be in the presence of the Messiah — Cannon said a “startling conversion” ensues.

Leaving her water jar, she goes back to town, saying to the people, “Come and see a man who told me everything I ever did. Could this be the Messiah?” And as they made their way to him, many Samaritans believed. 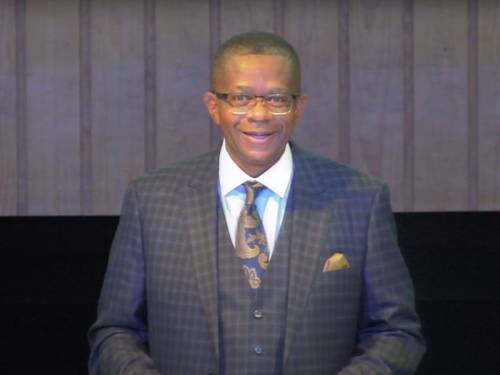 Cannon said there are three things this story teaches about evangelism:

“When we engage Christ like (Christ engaged) the Samaritan woman, God engages us,” he said. “And we say we’re not able to connect with other people?”

For Cannon, the Samaritan woman embodies what rethinking evangelism is — and what it means to live out the gospel.

“I love cologne and perfume you can’t smell it unless your break the seal and put some on you,” he said. “We have to recognize that’s how the gospel is. You’ve got to share it with the community.”

Cannon compared the Jewish people— who were not accepting or welcoming the Samaritans with open arms — and the surprised disciples asking, “Why are you talking to her?” to the church today that is having to confess its racism, sexism and phobias.

But with church doors closed and pews empty because of COVID-19, now is the perfect time to rewrite all those litmus tests and bylaws that keep people out, Cannon said.

“The church should no longer say, ‘Let someone else deal with people like the Samaritan woman,’” Cannon said. “Rethinking evangelism means not that I want people to come to church as much as I want the church and the spirit of Christ to touch whomever it will.”

The Rethinking Evangelism conference was put on by Theology, Formation & Evangelism in the Presbyterian Mission Agency, in partnership with Montreat Conference Center.