Forum focuses on ‘repair to reparation for well-being’ 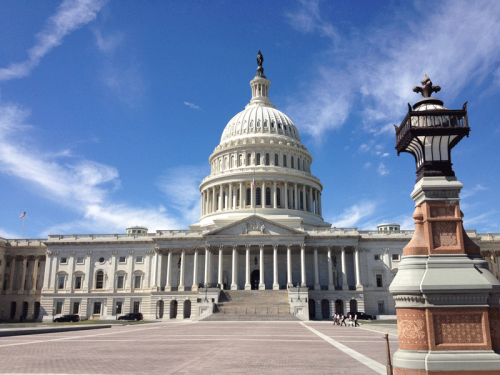 LOUISVILLE — In the final of three forums celebrating Black History Month last week, the Rev. Dr. Alonzo Johnson, coordinator of the Presbyterian Committee on the Self-Development of People (SDOP); the Rev. Carlton Johnson, coordinator of Vital Congregations; and Christian Brooks, the representative for domestic issues at the PC(USA)’s Office of Public Witness, addressed the 2022 theme “Resiliency to Recovery.”

The three led online viewers on a riveting journey through the history of reparations and the Presbyterian Church (U.S.A.)’s role in that history, followed by evidence of biblical support for reparations. They concluded with a call to action to advocate for H.R. 40, which would establish a commission to study and develop reparations proposals for African Americans.

The history of reparations

“The way we talk about reparations, you would think that somebody thought that critical race theory invented it yesterday,” said Alonzo Johnson. “It’s as if this subject is something brand new and this came out just a few years ago. However, reparations are something that has been with us for a long time. When I’m asked about having conversations around reparations, I like to usually answer by starting with a brief historical snapshot of reparations as it relates to Black Americans.” 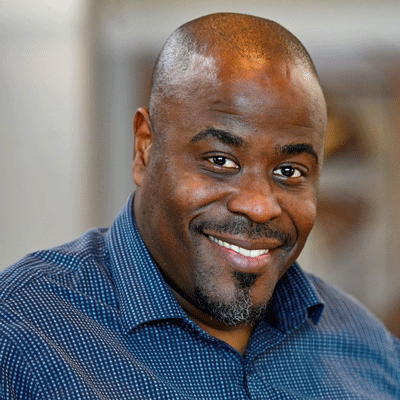 According to Johnson, Union General William Tecumseh Sherman issued a special field order that would have provided each Black family in America with 40 acres and a mule. After the Civil War, radical Republicans in Congress passed laws requiring the confiscation of former Confederate property to provide those formerly enslaved with those 40 acres and a mule. However, President Andrew Johnson vetoed the legislation.

“So, reparations and its historical implications go right back to understanding that this economy was built on the free labor of African peoples that were used as slaves,” he said. Johnson says it’s important to identify people as enslaved Africans, because they were not slaves in Africa. “And so, this distinction is really important to make and to also understand how we [enslaved Africans] worked this land, how we contributed to this economy. Cotton was king. You had to have people working and we were made slaves to do this.”

He noted that Africans were beaten and suffered the horrible evils of slavery without compensation. “It was radical thinking at the time that something needed to be given back to folks who were made slaves,” he commented. “However, instead of Africans who were enslaved receiving 40 acres and a mule, the land was given back to Confederate folks and Black folks in this country were excluded from ownership of land.”

He said he recognized that it is important to take time for a conversation concerning reparations. And, while this conversation is “as old as the hills,” it must remain contemporary, so it’s not forgotten.

The theological foundation for reparations

Carlton Johnson says as it relates to the three pillars of the Matthew 25 invitation, he’s concerned that church folk would like to be considered vital but want only to deal with congregational vitality and never deal with the issues of racism and poverty. “We continue to believe that there is something profoundly right about racism notwithstanding the former enslavement of African people, and that there’s something profoundly right about hoarding resources so that a percentage of people have it all and others have nothing,” he said.

“However, one of the things that I am crystal clear on is that reparations are biblically correct … profoundly biblically correct,” he said. “In the biblical context we read over and over again references to slavery, especially in Paul’s letters. We think that Paul is only talking about freedom from sin. That’s wrong on so many levels. It’s not even funny. First, the reason that Paul continued to use that reference of slavery is because there were people who were either enslaved or constantly under the threat of enslavement because of the structure of empire. In other words, those individuals would oftentimes find themselves enslaved due to indebtedness, find themselves buying their freedom.” 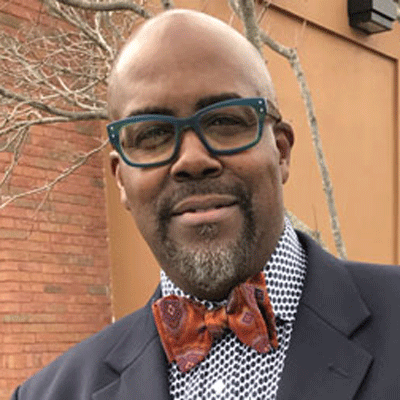 “There was no point in time and there still is no point in our present-day history where it’s OK to consider someone being enslaved,” he said. “But the only thing that’s free is that they’re free from sin. Consider the Book of Philemon and the story of Onesimus. This story of how this man is useful. He’s useful because he’s now full of Christ.”

He went on to explain that this story was is about what’s owed Philemon. What was owed to Philemon was nowhere near the reparations owed to Onesimus, who had been formally enslaved.

“I want to take a quick pause right here and say that there is an interesting conversation around the comparison of enslavement of these individuals in biblical times and texts versus chattel slavery,” said Johnson.  “It’s important for us to understand that chattel slavery is not biblical slavery. Slavery is the most evil form of treatment of fellow human beings in the history of the world. It’s important for us to understand, however, that the Bible does speak to ways of treating those who are formally enslaved.”

The Presbyterian Church (U.S.A.) and reparations

In response to a recommendation from what’s now the Racial Equity Advocacy Committee, the 213th General Assembly (2001) created a task force to study issues of reparations out of concerned for Black and brown people. It was framed around the historical hurt and need for repair for people of color and Indigenous folks. The task force sought input from a variety of Presbyterians, and at the 216th General Assembly (2004), the report of the task force to study reparations was adopted, affirming that Jesus calls us to repair wrongs done to one another and to work for renewal.

“My point in laying that out is that we [the Presbyterian Church (U.S.A)] have already had a conversation around reparations and the task force did an incredibly amazing job kind of laying out the prophetic theological analysis of reparations and harms done,” Alonzo Johnson said. “Reparations is not a creation out of the air. This is a biblical concept, sure. We want Presbyterians, especially, to have these conversations. We have existing literature; we have existing pieces in which they can do it. In fact, SDOP, the ministry in which I work, was born out of the conversation about reparations when James Forman came to the General Assembly in 1969. This has been an ongoing conversation for the Presbyterian Church, and it now time to revisit the subject.”

The Office of Public Witness communicates the General Assembly’s policy positions to Congress and the administration. Brooks said OPW has used this report from the task force on reparations in its advocacy for H.R. 40. 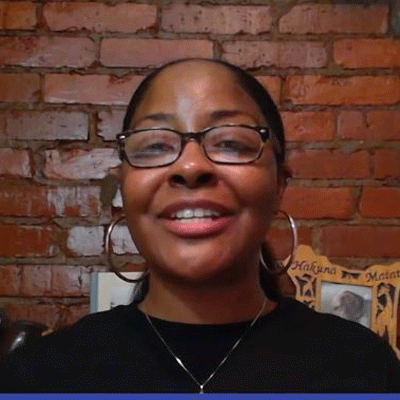 Brooks explained that H.R. 40 would establish a commission to study and develop reparations proposals for African Americans. “This bill was first introduced by U.S. Rep. John Conyers in 1989, she said. “The bill has been reintroduced to every Congress since then, and it has never passed the House. 2021 was the first time that the bill even passed out of committee, and it has been introduced for 30+ years.”

Brooks says at this point they are fighting for the bill to be brought to a vote on the floor of the House. “There is biblical justification for reparations, for African Americans, and given the history, African Americans need and deserve reparations,” she said. “We have an Action Alert where you can interact with your member of Congress. You can send them a message, letting them know that you as a Presbyterian support H.R. 40 and ask them to support H.R. 40 as well.”

“Right now, the bill has the most cosponsors that it has ever had in the history since its introduction,” said Brooks. “We are really close. We just need people to keep this conversation going, keep talking to your members of Congress.”