Building a Life of Faith. Support the Pentecost Offering.
Make A Donation Click Here >
Home › Religion and spirituality both overlap and diverge 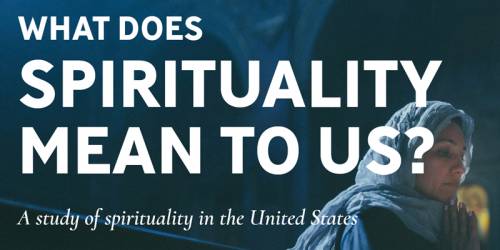 A study by the Fetzer Institute was the subject of a Wednesday online workshop for church communicators.

LOUISVILLE — For more than a year now, businesses, schools, and places of worship have been closed because of COVID-19. With renewed hope from a vaccine that would allow the world to return to some type of normal, the world is slowly recovering and reopening. People are finding new ways to understand and inspire spirituality, especially as it relates to civic action and bridge-building.

On Wednesday, the second day of a four-day conference of three national religious communicators groups —the Religion Communicators Council, the Associated Church Press and the Canadian Christian Communicators Association — Gillian K. Gonda, program director for Movement Building for the Fetzer Institute, presented the results of a survey that documents ways religion and spirituality both overlap and diverge. The presentation was a part of the plenary titled “New Portals to Understanding the Soul: Communicating Spirituality and Faith After COVID.”

Panel members Kevin Eckstrom, Chief Communications Officer for the Washington National Cathedral; the Rev. Dr. Trace Haythorn, Executive Director and CEO for the Association for Clinical Pastoral Education (ACPE); and the Rev. Alicia Roxanne Forde, director of the International Office of the Unitarian Universalist Association, shared firsthand experiences of the ways communicators cover the trends reshaping religion in the public square — especially among Millennials, who increasingly find hope outside religious institutions. Among the questions discussed: How can religious communicators connect people across differences to bolster stronger democratic values and work toward the greater good?

According to the Fetzer Institute,  the study sought to better understand spirituality in the U.S. by asking people how they understand and experience spirituality for themselves and how their spirituality relates to the way they engage with others and their community.

The study included people inside and outside religious institutions, those who consider themselves spiritual and those who do not. It was conducted prior to the COVID-19 pandemic.

“Here’s what we found,” said Gonda. “Spirituality is a complex, diverse and nuanced phenomenon that people of all spiritual and religious identities experience. So, this doesn’t surprise you. It’s an ever-changing concept and it is highly personal, and yet there’s some common themes around it, particularly that everyone experiences this to some degree or another.”

“The second big finding, though, has a lot more implications: The more a person identifies as spiritual, the more likely they are to take civic and political action, and the more likely they are to be engaged in their community,” Gonda said. “The correlations were really clear … If someone identifies as spiritual, they’re involved in their community to some degree.”

Gonda acknowledged the findings of a recent Gallup Poll that point out that Americans’ membership in houses of worship continued to decline last year, dropping below 50% for the first time in Gallup’s eight-decade trend. In 2020, 47% of Americans said they belonged to a church, synagogue, or mosque, down from 50% in 2018 and 70% in 1999. 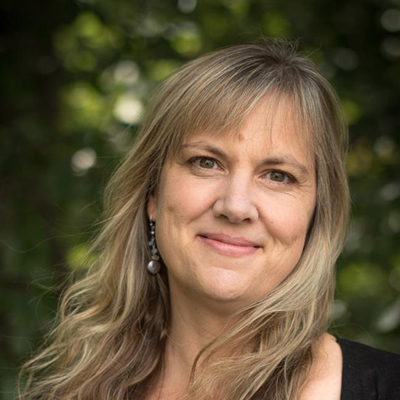 Gillian K. Gonda is program director for Movement Building with the Fetzer Institute.

Another of the key findings was defined as “Animating Action,” which says spirituality is connected with an engaged civic life. People who identify as highly spiritual are more likely to say it is important to make a difference in their communities and contribute to the greater good in the world. They are also more likely to be politically engaged.

The study, Gonda said, surfaced two bridges that connect spirituality and prosocial action: a strong sense of connection to all of humanity and a sense of accountability to a higher power.

Following the presentation of the findings, Forde said, “Our small world here in the United States is on the brink of recovery. And yet we remain mired in grief for the many lives lost due to COVID-19, a grief that is compounded by quarantining.”

“We in the international office know that transformation is personal as such. We’ve hosted prayer circles with partners in England. We’re about to launch a faith formation exploration with our partners in Japan … as an aid of nurturing and deepening spiritual and faith formation across …  borders and boundaries. We also know, and deeply believe, that social transformation requires institutional change.”

Forde says as such, the Unitarian Universalist Association is eager to continue working with their U.S.- and Canadian-based congregations and communities of faith to bring an international lens to their organization’s institutional priorities, including immigration justice, climate justice, Indigenous partnerships, gender-based and LGBTQ equity, reproductive justice and voting rights.

“We anticipate depending heavily on video conferencing, virtual gathering spaces and applications … to form a bridge of connection between our office and our audience,” she said.  “Additionally, we’re using these platforms to invite congregations and communities of faith to connect with each other. If nothing else, the pandemic has shown us that our worlds can be brought together and we can work together on mission and faith, regardless of how geographically dispersed we are.”

Haythorn says ACPE has seen a consistent growth of chaplaincy that the organization has more to learn about.

“In 2019 through the general social science survey, we learned that 20% of the U.S. population had experienced a chaplain in the last two years,” he said.  “We noticed too that there’s a consistent growth … of folks who identify as a chaplain. There’s been a consistent growth dating all the way back to the 1960s to today.”

“There’s a big question of who’s going to care for people’s spiritual needs,” Haythorn said. “We see a lot of student interest. We have seen a consistent growth in clinical pastoral education over the last 25 years.”

The three conferences, which are going on simultaneously, conclude Friday.