Webinar focuses on racism, law enforcement and the church 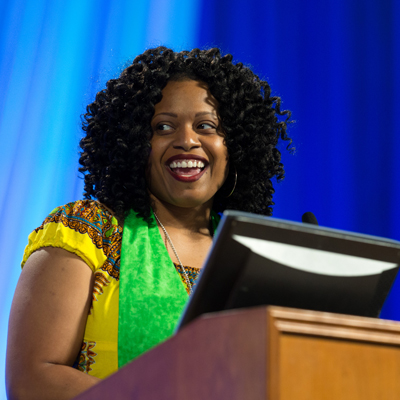 LOUISVILLE — Calls to defund the police have grown louder in recent months as demonstrators have taken to the streets to protest police brutality and white supremacy following the deaths of George Floyd and other innocent African Americans.

The Rev. Denise Anderson dove into the topic during a Thursday webinar called “Racism, Law Enforcement, and The Church,” challenging churches to get involved in helping to promote discussions that could lead to meaningful change.

“We can open our doors to community conversations around what public safety could look like in our wildest dreams — in our most just dreams,” said Anderson, coordinator of the Presbyterian Mission Agency’s Office of Racial and Intercultural Justice. “We have the power to create and leverage community relationships to begin shaping that new reality.”

To learn about ways to participate in next week’s Presbyterian Week of Action, click here.

Anderson was one of three Presbyterian Church (U.S.A.) leaders featured on the first day of a two-day Speakman Online Series Webinar offered by the Massanetta Springs Camp and Conference Center, which is affiliated with the PC(USA).

Defunding the police is one of the measures being advocated by some protesters and advocacy groups in various parts of the country who are fed up with treatment of African Americans, who’ve been racially profiled and sometimes killed by police. 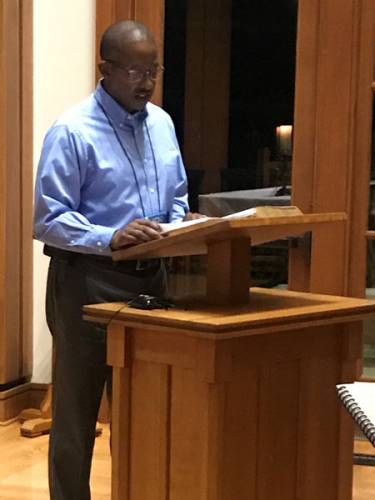 Wade explained that Black Americans have been terrorized by police and vigilantes for hundreds of years, from the slave patrols of the early 1700s to white supremacist groups. He noted that racism persists in various corners of society, including the church.

“We believe that those who are racist may come from the backwaters,” Wade said. “We may call them different types of names. We may think they’re walking around with hoods on, but they’re just like me and you. They sit next to us in the pews. They’re your bank tellers … They smile at you, but their beliefs are totally different.”

Johnson said African Americans continue to be hampered by racist labels that persist from post-slavery times when free Blacks were considered to be a threat to the white power structure. “There was a lot of anti-Black propaganda created to basically say that Black people were dangerous” and “could not control their impulses.” 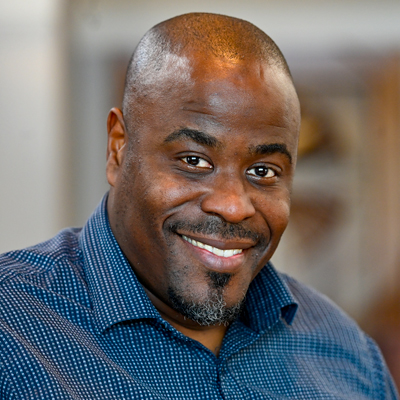 Punctuating his presentation with vintage cartoons, Johnson said, “you need to have conversations about these because if you want to understand stereotyping in our world right now and profiling, this is its origins.”

Today, “we see these tropes in things like ‘thug,’ ‘gangster,’ ‘the angry Black woman,’” he said. “These (stereotypes) have been massaged thoroughly into our culture” to portray African American people and some other minorities as criminals.

Johnson urged churches to think about how they perpetuate stereotypes and how to become anti-racist.

Anderson also called for people of faith to do some self-examination. “We need to think about our place as people who are called to share the gospel of Jesus Christ, to engage with our neighbors,” she said. “We need to think about who we are as a church, what our call is within the church to not just create disciples but to create God’s will on Earth as it is in heaven, and we need to respond pastorally to the concerns of those who are inordinately burdened by the ways in which policing is contoured in the United States.” 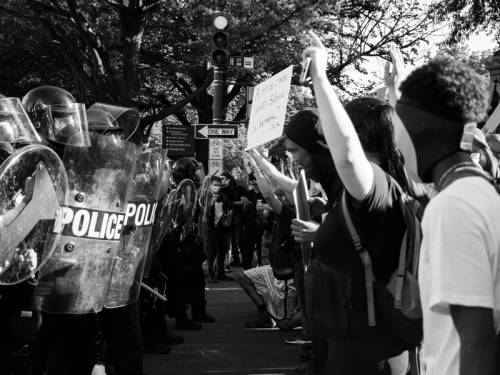 Protesters face police, on this occasion in Washington, D.C. (Photo by Koshu Kunii via Unsplash)

In Minnesota, where George Floyd died, protesters have called for abolishing the police, and Minneapolis City Council members have been pushing to disband the police department and replace it with a new public safety agency. However, that’s just one end of the spectrum when it comes to calls to defund the police, Anderson noted.

“Most calls ask that tax dollars are diverted from police budget line items and go instead to other safety and public health initiatives; the degrees to that would vary based upon the needs of the community,” she said. “This model really is an unbundling of services, so we’re not looking to the police to do all of things that we are currently asking them to do. We are instead creating different mechanisms for intervention and public needs.”

For example, some people have advocated for teams of social workers, conflict resolution professionals or emergency medical technicians to be utilized in situations involving people with mental health issues, said Anderson, who was co-moderator of the 222nd General Assembly of the PC(USA).

“Mental health crises are too often criminalized in our society,” she said. “One in four people who are killed by police have mental health issues.”

Anderson called out the police and judicial systems for a wide range of misdeeds, including the use of dogs and firehoses to control protesters during the civil rights era, Black fatalities, the militarization of police in Black and brown communities, and overly harsh penalties for low-level offenses.

But she also noted that police are being called upon for everything from kittens in trees to so-called suspicious behavior. “We are using the police far too liberally and they are spread too thin,” she said.

She also acknowledged that there are good people within police departments. But “we know that good people in a broken system are by themselves inadequate to take down that system,” she said. “Pressure needs to come from the outside as well in order for systems to change.”

The webinar can be viewed here.