Register today for the June 23 (2pm EDT) online Matthew 25 event that will look at hunger and food insecurities.
Make A Donation Click Here >
Home › ‘Racial discrimination is heavily embedded in our country and society’ 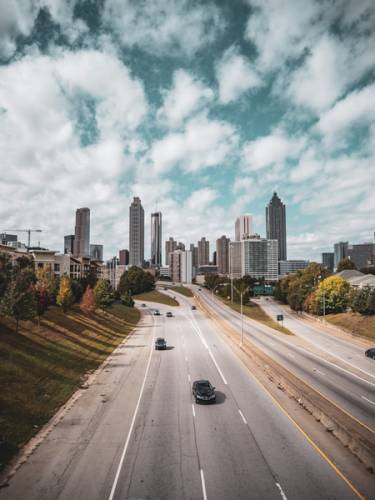 Tuesday’s killings in and around Atlanta have led Presbyterians to stand alongside their Asian American Pacific Islander siblings. (Photo by Ronny Sison via Unsplash)

LOUISVILLE — Asian Americans across the country have found themselves victims of violent crimes for no apparent reason other than their ethnicity. Tuesday’s killing of eight people in Atlanta, including six Asian women, four of whom were South Koreans, has brought about offers of support among Presbyterians — and cries for hate and violence to stop.

In addition to the Atlanta violence, the list of attacks and those attacked, some leading to deaths, include: 84-year-old Vicha Ratanapakdee, who was shoved to the ground while taking his morning walk in San Francisco; a 64-year-old Vietnamese grandmother who was assaulted and robbed in San Jose, California; a 61-year-old Filipino man whose face was slashed with a box cutter on a New York City subway; and a 91-year-old man who was caught on camera being thrown to the ground in Oakland, California’s Chinatown, where there have been upwards of 20 violent attacks and robberies reported since January.

According to a Time Magazine article, many people attribute the 2020 uptick to the xenophobic rhetoric of the previous administration; former President Donald Trump repeatedly referred to COVID-19 as “the China virus,” blaming the world’s most populous country for the pandemic. In doing so, Trump followed in a long tradition of using diseases to justify anti-Asian xenophobia, which dates back to the 19th and 20th centuries and has helped to shape perception of Asian Americans as “perpetual foreigners.”

While it is yet to be determined if the actions of the 21-year-old man accused in the Atlanta killings were racially motivated, the crimes he is accused of committing heighten the fears of  already frightened Asian American communities across the country.

Another aspect of this crime is that six of the eight victims were women. The accused man’s claim of sexual addiction as the rationale for the murders serves to perpetuate the hypersexualized stereotypes that are all too familiar to women of color and particularly Asian American and Black women.

Courtney Hoekstra, Associate for Advocacy Committee Support for the Presbyterian Mission Agency, says the Advocacy Committee for Women’s Concerns (ACWC) sent a resolution to the most recent General Assembly seeking advocacy for the reauthorization of the Violence Against Women Act. Earlier this week, President Joe Biden released a statement urging the reauthorization of VAWA in the U.S. House of Representatives.

The Rev. Byeong-Ho Choi, Pastor of Bethany Presbyterian Church in Marietta, Georgia, and Moderator of the National Caucus of Korean Presbyterian Churches (NCKPC) said  of Tuesday’s attacks, “This is a hate crime. Racial discrimination is heavily embedded in our country and society.” 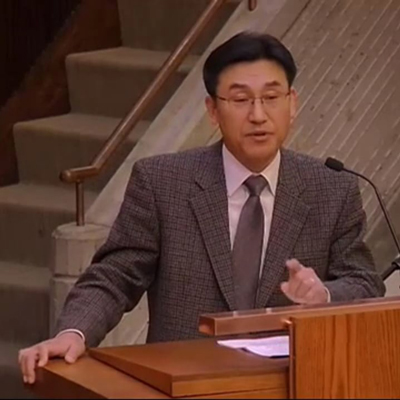 The Rev. Byeong-Ho Choi is Moderator of the National Caucus of Korean Presbyterian Churches. (Contributed photo)

Choi says according to statistics published in January and February, 503 anti-Asian hate crimes were reported. “These are the ones that have been reported,” he said. “So many of these crimes are not reported out of fear of retaliation.” Between March 2020 and March 2021, there have been 3,796 Asian hate crimes reported, Choi said. “That means there are 11 Asian hate crimes every day.”

In a statement he issued Thursday on behalf of the NCKPC, Choi asked NCKPC congregations in the PC(USA) “to join in the following faith movement during Lent:

“There are some typical misunderstandings Americans have about Asians,” Choi said. “There are three main points I need to make you aware of.”

According to Choi, the Watts riots of 1992 that followed the police beating of Rodney King and the subsequent damage to Korean businesses added up to $1 billion in losses.

Choi says he believes the church must change its ministry from “mega building” ministries to healing center ministries. “Many pastors are looking for mega churches and large memberships,” he said. “But we need to be more concerned about caring for human hearts and minds filled with hurt and hatred.”

Choi says the turbulent political climate continues to divide this country. As long as the Democrats and Republicans continue to fight against each other, the nation will remain divided, Choi said. “There needs to be a reconciliation and we need to be united as one nation rather than building hate for one another” he said. “That’s why the United States is divided in two and innocent people are hurt. In this political culture the church has to be the place of hope, embracing people, reconciling, forgiving one another and loving one another.”

“These days you cannot evangelize non-Christians by words. You have to show them in action. Church has to be the place practicing heavenly life and heavenly relationships, and there has to be a lot of healing, forgiveness, love and reconciliation,” Choi explained.  “Rather than grow the church in numbers and build up the mega buildings and the business, this is a good opportunity for the denomination and pastors to look at our ministries and what we have done and where we have made a mistake and to become more focused on healing human beings.”

Choi says the killings in Atlanta is just one of many tragic events. He said there are many young people who are struggling in similar ways as the man charged with Tuesday’s killings.

“We have to look at the spirituality inside of the United States and the American people,” Choi said. “Economically and politically, people are devastated. So many people are building a lot of hatred inside. The secular world cannot heal this. This is our denomination’s ultimate job. We have to focus on those that are depressed, oppressed, alienated and abandoned.”

“I know the PC(USA) is on the frontline, caring about the refugees and the outcast. And we have to continue to press on.”

The Racial Equity Advocacy Committee and the National Black Presbyterian Caucus both issued statements Thursday denouncing the Atlanta killings and urging Presbyterians to stand with their siblings in the Asian American Pacific Islander community.

Joint statement by the two presbyteries 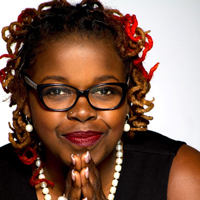 The Rev. Aisha Brooks-Lytle, Executive Presbyter of the Presbytery of Greater Atlanta, and the Rev. Dr. Joel Alvis, Mission Coordinator and Stated Clerk of Cherokee Presbytery, issued a joint statement, which said in part: 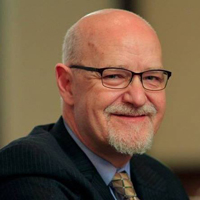 “It is with grieving hearts that we offer prayers of protection for our Asian American siblings here in Cherokee County, Atlanta, and everywhere,” they said. “Anytime we hear of racially targeted violence, we are moved to pray and stand in solidarity with those who have been harmed. We pray for healing for these families and for the deep grief work that is ahead. We pray for the communal grief that impacts each of us in different ways.”

“We mourn that the sin of racism has cost lives yet again,” Brooks-Lytle and Alvis said. “We also pray for the courage to use our voices to put an end to hateful speech that leads to hateful action. We pray against any fear and anxiety that may grip the hearts of our Asian American siblings on a day like today. On this day, we hold our siblings in our hearts and cry out to God for justice to flow down like water and for righteousness and peace to surround us like an ever-flowing stream.”

“On behalf of Cherokee Presbytery and the Presbytery of Greater Atlanta, we are here to offer support and solidarity in this difficult season,” they said.