Energy audits can free up funds for ministry 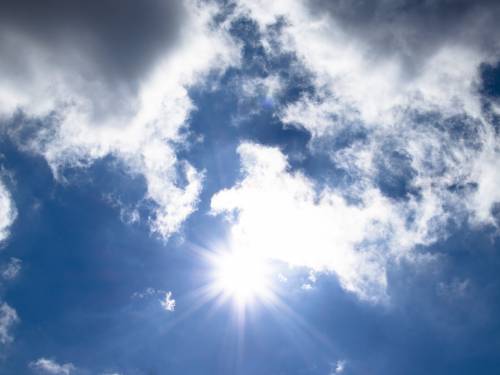 LOUISVILLE — “In 2015, churches (in the U.S.) spent almost $10 billion on energy and maintenance of our facilities, and only $1 billion on missions,” according to LIT’s founder Colby May. It’s a somewhat startling statistic, to which he has an answer. “What if we could redirect 20–30 percent of that $10 billion back into the $1 billion?” It’s what LIT Consulting seeks to make possible through working with congregations, seminaries and other church institutions.

May, who had worked as a Certified Energy Manager prior to beginning theological studies, started LIT as a way to help pay his way through seminary. It became clear to him that there was an intersection between his two “worlds.” He began to imagine what could be possible by using energy maintenance and savings to help fund mission and ministry.

May, in a pilot project sponsored by the Presbyterian Foundation, worked to perform an energy audit on the Foundation’s Jeffersonville, Indiana, office building to identify simple ways to significantly reduce energy consumption.

An energy savings of close to 25 percent was the result of the audit. He also partnered with the Presbyterian Foundation to provide similar studies with 10 other PC(USA) facilities including Austin Seminary, John Knox Church (Ky.), Korean Presbyterian Church (Texas), New Covenant Presbytery (Texas),  Church of the Covenant (N.Y.), and many more. Each energy study identified at least 15 percent no-cost energy savings opportunities.

“Our concept is that the first thing you should do is an energy study,” May explained. Of course, it is possible to make the move from fossil fuel to solar, but eliminating waste in energy usage is crucial before making that move.

Studies have shown that up to 30 percent of energy used is wasted. That energy can be recaptured through low- or no-cost behavior changes, prior to making any additional modifications to the type of energy used.

For instance, May shared, on weekends at the Foundation’s offices many of the over 20 different thermostats adopted a Monday through Friday schedule, even though the building was mostly vacant over the weekend. To manually configure each of those more than 20 thermostats each weekend could be somewhat cumbersome. So, LIT configured a WI-Fi-enabled system that controls all thermostats centrally with “one click.”

Lighting is another big area for savings. Typically lighting accounts for 20–30 percent of the energy usage of a building. “If you are out of your office for longer than 23 seconds it pays you to turn the lights off,” explained May. Additionally, many offices are “over-lit” using three to four bulbs where one to two would be sufficient.

LIT has worked with more than 5,000 church organizations, as well as school districts, performing such energy audits and has seen significant savings in every instance.

“If you just took U.S. buildings (not including private homes) we would be the third largest country that uses energy out of all the countries of the world,” May continued. At 10–30 percent energy waste for each of those, the potential savings can add up fast.

In addition to the Foundation’s office building LIT has worked with a number of PC(USA) churches to perform energy audits. “We want the savings to go back to the churches,” May explained. There are some up-front costs to the congregation, but those are typically on a two- to three-month payback period. “We want to come alongside each congregation and really equip it to be proactive instead of reactive,” May said.

“God tells us to be good stewards — and we have to think strategically and outside the box, proactively,” May said. “We want to help churches think more strategically about their energy use and how those resources can be put back into the mission of the church.”

If you’d like to discuss ways your congregation can save money on energy costs and become better environmental stewards, you can contact LIT Consulting through their website, consultlit.com. Other organizations may offer similar services, including Interfaith Power & Light, which is an organization offering a religious response to global warming. Many states have chapters of this organization that may be of assistance.