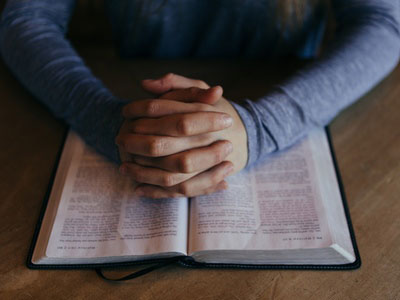 LOUISVILLE —  “Justice and only justice you shall pursue,” God’s admonition taken from Deuteronomy 16, is the theme for the Week of Prayer for Christian Unity Jan. 18-25.

This theme and some materials around the annual observance, to be celebrated by Christians from across the nation and from around the world, were given to the church by Christians from Indonesia, said the Rev. Everdith Landrau, Manager of Ecumenical Relations in the Office of the General Assembly.

About 10 percent of some 265 million Indonesians are Christian. The nation was founded on five principles called Pancasila, with the motto “Bhineka Tunggal Ika,” or “Unity in Diversity.” Material prepared by the World Council of Churches and the Pontifical Council for Promoting Christian Unity includes this statement: “Confronted by these injustices, we are obliged, as Christians, to examine the ways in which we are complicit. Only by heeding Jesus’ prayer ‘that they may all be one’ can we witness to living unity in diversity … In our disunity we fall short. Just as injustice has widened he divisions that have riven Indonesian society, so injustice has also fed the divisions of the Church.”

The themes for each of the eight days are:

An Ecumenical Celebration of the Word of God will be held in the chapel at the Presbyterian Center, 100 Witherspoon Street in Louisville, at 9 a.m. on Wednesday, Jan. 23. The service will include Presbyterian Center staff and friends representing various Christian denominations.  Metropolitan Zacharia Mar Nicholovos from the Malankara Orthodox Syrian Church will deliver the message.

The Week of Prayer for Christian Unity began in 1908. International texts are developed, adapted and published for use in the United States by the Graymoor Ecumenical & Interreligious Intstitute. A ministry of the Franciscan Friars of the Atonement, Graymoor is a Roman Catholic religious community of brothers and priests in the tradition of St. Francis of Assisi.