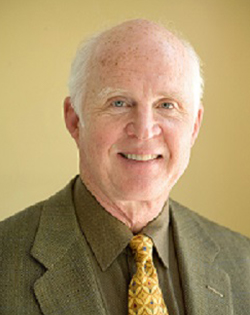 LOUISVILLE — Davidson College, a Presbyterian-affiliated college north of Charlotte, N.C., will host Pulitzer Prize-winning author Taylor Branch on March 13 as part of its Symposium on Reformed Christianity and Social Ethics.

There’s no charge for the keynote lecture. A $20 dinner will precede Branch’s talk.

The symposium begins at 4:30 p.m. on Wednesday, March 13, with a lecture by Dr. John Kuykendall, Davidson College’s president emeritus. Branch will speak at 8 o’clock that evening in the Duke Family Performance Hall. Following his keynote address, he’ll be questioned by a panel moderated by the Rev. Dr. Frances Taylor Gench of Union Presbyterian Seminary in Richmond, Va., and a Davidson College graduate.

The symposium continues March 14. Beginning at 9:30 a.m., panels will discuss “The Church and Social Engagement” and “The Reformed Tradition and Religious Plurality.” A free luncheon will conclude the symposium.

According to Branch’s biography, he returned to civil rights history in 2013 with the book “The King Years: Historic Moments in the Civil Rights Movement.” The 190-page book presents 18 key episodes across the span of the civil rights era, selected and knitted together in language from the trilogy, with new introductions for each chapter.

He’s also the author of the 2009 book “The Clinton Tapes: Wrestling History with the President.” At President Clinton’s invitation, Branch suspended work on the King books about once per month to meet with the president secretly in the White House residence, nearly always late at night. The book reveals a president up close and unguarded.

Branch speaks before a variety of audiences. He has discussed doctrines of nonviolence with prisoners at San Quentin State Prison and officers at the U.S. Naval War College.  He’s presented seminars on civil rights at Oxford University and in sixth-grade classrooms. His 2008 address at the National Cathedral marked the 40th anniversary of King’s last Sunday sermon from the pulpit.

In 2006, he and two friends went back to their 1960s college band roots to form the band Off Our Rocker, which has released two CDs in playful tribute to the Beatles.