With most still without electricity, classes offered at nearby Inter-American University 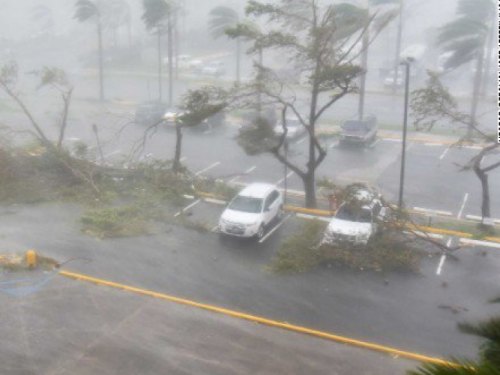 A month after Hurricane Maria hit Puerto Rico with 155-mph winds, Seminario Evangélio de Puerto Rico has reopened thanks to seminary staff and supporters who have “almost worked their hearts out.” (Photo courtesy of Common Dreams)

According to Seminary President Dr. Doris J. Garcia Rivera, classes will be held at Inter-American University for the next month. She says the reopening was incredibly difficult and took countless hours of analysis and multiple suggested schedules before the seminary decided to offer the fall semester on Saturdays at Inter-American.

“Soon we will be ready to offer classes in our home,” says Garcia Rivera. “But we had to take into consideration our professors and student needs with the present reality of our nation. Without electricity, there are no street lights, house refrigeration, air conditioning or fans — and unusually long traffic lines.”

Despite extraordinarily difficult circumstances the seminary staff has “almost worked their hearts out” according to Garcia Rivera, cleaning classrooms and offices, crystals in the damaged chapel and the flooded floors.

“It is too much to do and take care of,” she says, noting signs of fatigue in those responding. “The national infrastructures are still not up. Water has come for only 65 percent of subscribers and 75 percent of the electrical network won’t be operational until January 2018. We have staff members with ill, fragile or aged family members who require special needs.” 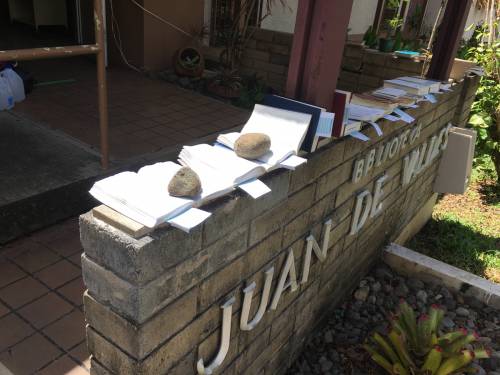 Books dry out at the Seminario Evangélio de Puerto Rico after Hurricane Maria hit on Oct. 4, pelting the island with wind and rain for more than 30 hours. (Photo provided)

So before and after work they go from one store the next to find ice, gasoline or medicines their parents or children need. Nearly half of the seminary staff, including Garcia Rivera, don’t have generators. The hot and humid nights are sapping their energy. Yet they continue to give their all because they believe in the seminary’s ministry.

“It is imperative that we train and accompany prophets for this time of need,” says Garcia Rivera. “Their voice and care and walking alongside the people is a transforming force that uplifts the spirit and gives hope to thousands.”

In addition, the seminary wants to keep its commitment to give the best and most relevant theological education to current and future pastors. By completing the semester, they have the opportunity to reflect pastorally and theologically on the impact of these catastrophic events on their faith and organization for service.

The seminary also needs to go on for the renewal of its accreditation. In two years, it will celebrate its 100th anniversary. “We want to be ready for such a grand occasion,” says Garcia Rivera.

But for now there are many needs. Churches need to be restored. Additional housing is needed at the seminary. As students face the challenge of restoring their families, congregations and communities, they will need help with tuition. The seminary is working on a plan by which Presbyterians can “adopt a student” to assist with tuition next semester.

“I can’t tell you the deep need our students have, please continue to pray for us,” says Garcia Rivera. “Get to know us. Know the heroic stories of your fellow Presbyterians. Many have carried thousands of gallons of water and served thousands of meals — opening access to isolated communities. Some 40 days after Maria, they are still serving.”

“To support the work of Presbyterian Disaster Assistance, which is working on sending “work teams” to Puerto Rico, designate gifts to DR000194.

To give to Seminario Evangélio de Puerto Rico, which is related to the Presbyterian Church (U.S.A.) by covenant agreement, click on General Fund for the Seminary administered by Presbyterian Foundation.