This year, go beyond the Eurocentric story 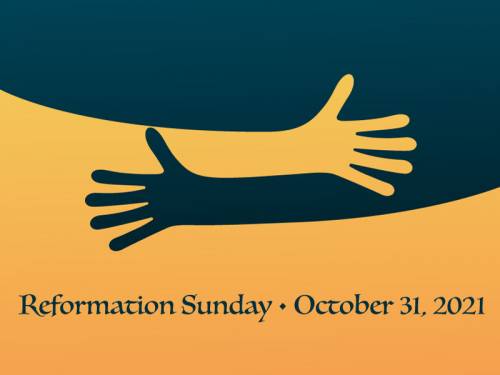 On a snowy morning in Prague’s Old Town Square, I stood transfixed before the Jan Hus Memorial, my heart moved by the witness of this early Czech (known then as Bohemia) reformer. As my eyes glided across the plaza to 27 crosses marking the site of martyrdom for some of Hus’ later followers, I considered the many stories of the Reformation that for years had filled me with wonder: Luther at the Diet of Worms, John Calvin’s Geneva, John Knox and the Scottish Kirk. For as long as I could remember, I had been fascinated by the Protestant Reformation. That fascination continues today.

Reformation Day is observed on the Sunday of, or preceding, Oct. 31, the date when Martin Luther is believed to have made public his “Disputation on the Power and Efficacy of Indulgences,” by posting it on the church door in Wittenberg, Germany. Better known as the “Ninety-five Theses,” it challenged the Church’s practice of indulgences that were issued by Pope Leo X. Simply stated, by paying a certain amount of money toward the construction of St. Peter’s Basilica in Rome, one could receive assurance from the Pope that the sins of a loved one in purgatory were expunged. Luther’s argument against this became a primary catalyst for the Protestant Reformation. On Reformation Day, we remember not just Luther, but many reformers of Western European Christianity in the 16th century, as well as the faith’s expression and expansion in subsequent eras.

There is no denying the historical importance of the Reformation. And yet, when it comes to the observance of Reformation Day, I waver, still uncertain of exactly what to do. While I enjoy reading the exploits of the Reformers, I do so mindful that many of them promoted their beliefs despite considerable opposition. Most were underdogs, risking life and limb in service to the message they believed was theirs to deliver. That is not my story, nor is it the story of most of those I have ministered with through the years. In my circles, people celebrate the Reformers from the vantage point of the victor, “spiking the football in the end zone of doctrinal certainty,” as a friend of mine once memorably put it.

Granted, there may be much to celebrate about the Reformation, but if we fail to appropriately grieve the splintering of the Church that resulted from it, or to perceive the ways the Spirit has moved in subsequent centuries to bring healing to Christ’s fractured body, I daresay we are missing the point.

To limit the celebration of Reformation Day to the happenings of the 16th century reaffirms a false narrative that Christianity is rightfully the purview of white European males. Of course, most everyone would agree that this is patently untrue. Nevertheless, we may find that the traditions we keep unintentionally affirm this falsehood, or at very least do little to question its enduring strength. Growing up in the Lutheran church in an area where many claimed some German heritage, it was not uncommon to see congregations observe Reformation Day with a German-style dinner. Celebrations such as these can be a lot of fun. But they also run the risk of communicating a message of belonging that is narrowly defined and exclusive of the full range of diversity that today composes our denomination. For me, those churches that celebrate Reformation Day compellingly are those that lift the stories of continuing reform at work in the Church, especially as it concerns ensuring all people are welcomed as full and equal participants in the Body of Christ.