Make A Donation Click Here >
Home › Have you thanked your pastor?

After a COVID-19 year, appreciation is valued 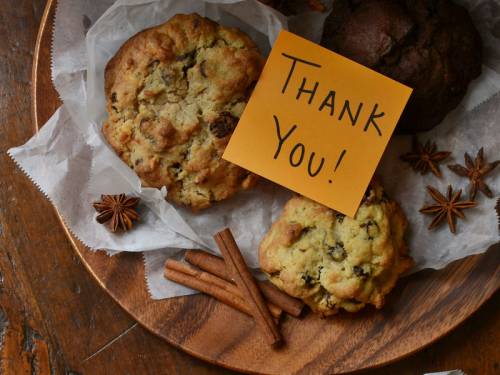 Recently, a pastor confessed, “My congregation doesn’t see me as human.” That’s not a strange comment considering the year clergy have had — having to work harder and adapting to the challenges of being the church in a pandemic that entangled many in a wired and wireless world.

“Turbulent” is how one New Jersey minister, who wished to remain anonymous, describes the past year and a half. Several of his church members with COVID-19 sought prayers but didn’t want the congregation to know they had it. “Some thought COVID-19 was a joke or a political ploy, and there was no COVID-19 here,” he said.

As the church slowly enters the postpandemic era, pastors are exhausted and burnt out to the point that leaving the ministry altogether is tempting. A recent Barna study revealed that 29% of pastors have seriously considered doing just that: leaving full-time ministry. Too many have gone it alone, and it is taking its toll.

“I think I felt some resentment that folks really didn’t see that toll, but I know I am very good at hiding what I am feeling,” said the Rev. Karen Kinney of Christ Presbyterian Church of the Slate Belt in Bangor, Pennsylvania.

Kinney left the church she had previously served during the pandemic, citing that it forced her to confront the reality that she needed to move on. “It also made the congregation figure out how they were going to move forward,” she said.

While tension and unrealistic expectations have always been inherent to ministry, they are likely to increase as churches continue to develop a hybrid model that not only makes sense in their context, but one that is sustainable, with the equipment and tech experts to oversee digital ministry.

According to presbyters, if a church doesn’t go hybrid, it will die. For the church not yet embracing technology — either by choice or by circumstances due to a lack of resources — and for churches that are embracing technology but are confused with what a hybrid ministry will look like once the pandemic dust settles, the percentage of ministers leaving the church just might grow.

But it’s not only technology that has been a stressor. Church leaders have been in the middle of the push-pull of the polarizing pandemic, working hard to make ethical decisions about worship and all in-person gatherings: to mask or not to mask, to sing or not to sing, to have coffee hour or not.

The soul-draining loneliness that ministers have admitted to as part of their call was magnified during the time of sheltering in place. As in-person church resumes, some say the burden of going it alone will not ease up. If getting volunteers to step up for activities in the church was hard before the pandemic, some wonder if churchgoers will opt to become consumers rather than contributors due to the temptation for people to sit back and watch the livestreaming service from their homes.

If ever there was a year to observe Pastor Appreciation Month, it’s 2021. Unfortunately, most congregations are unaware that October was designated as such back in 1992 to acknowledge the holy work of pastors and lay leaders. In part, that’s because church leaders aren’t likely to bring attention to themselves.

Nearly 30 years ago, a group of clergy wanted to honor the work that leaders do so tirelessly and live into 1 Timothy 5:17: “The elders who direct the affairs of the church well are worthy of double honor, especially those whose work is preaching and teaching” (NIV).

In spring 2020, the Synod of Lincoln Trails in Indianapolis, along with its commissioners, executive presbyters and the board of directors, distributed over $160,000 in funds to support 800 saints with ministries that stretch over Indiana and Illinois.

These ministers served churches, hospitals, hospices, senior care facilities, universities, seminaries, prisons, camps, conference centers and other nonprofits. It was the synod’s way of encouraging ministers to practice self-care with their gift of $200 each.

Attached to the gifts was a letter by the Rev. Dr. Sara Dingman, synod executive, that read: “You are a gift to the Church and world. The ministry you are engaging in during COVID-19 is incomprehensible, impossible and amazing. It is holy. Your work is holy. YOU are holy.” The letter concluded, “You all are doing difficult and amazing things — showing up in whatever ways you can, while staying home when you must, during this pandemic. It’s such a different way of fulfilling our calling to serve God and others — and we are all learning many things. We know that you are working harder than ever. We are concerned about you — body, mind and spirit.”

“We wanted to send a tangible expression of concern for pastors in a time when the demands placed on them were incomprehensible,” said Dingman.

As the global pandemic crisis continued, Dingman began witnessing something that could not be prevented with just a note of appreciation. She began witnessing the beginning of the clergy mass exodus from ministry.

In response, the Synod of Lincoln Trails has offered free professional coaching to newly ordained ministers and those answering a new call. This free coaching is not just for clergy in synod bounds, but for ministers around the country.

“We are all walking around with internalized trauma, and nobody knows how deep that goes. One gift we can give pastors is to move away from a transactional relationship in which we value clergy primarily for what they produce,” said Dingman.

Dingman feels strongly that it is vital to see pastors as “whole human beings who continue to learn and discover, allowing them to grow.”

The Rev. Dr. Bryon A. Wade was one of many clergy who found themselves making a vocational transition during the pandemic.

After 24 years of service to Davie Street Presbyterian Church in Raleigh, North Carolina, he became general presbyter of the Presbytery of Western North Carolina. He admits he’s surprised that more pastors haven’t left the ministry over this time of trial.

He is also quick to point out that showing pastor appreciation, let alone recognizing Pastor Appreciation Month, has not been widely embraced in the PC(USA) — and the reason could likely be due to cultural differences.

“Culture influences how congregations recognize their pastors. The Black Baptist church has done a good job of honoring their clergy as pastors are seen and looked upon as leaders in the community, especially when it comes to civil rights. We’ve inherited the legacy of those such as Martin Luther King Jr. and other Black preachers who were on the front line of social justice,” said Wade. “Preachers bring the Word and care for others. Showing appreciation to pastors is celebrated in such churches, but not so much in the Presbyterian church.”

Wade said appreciating a pastor starts with understanding that the work they do is a call, not just a job.

“To appreciate a pastor you have to walk in their shoes. No one is complete or perfect. Showing love and appreciation goes a long way,” he said.

The Rev. Dr. Floretta Barbee-Watkins, the transitional general presbyter of the Presbytery of Detroit, knows that “appreciation appreciates” as she pastored a Black Presbyterian congregation for 18 years. During that time, she said she received such gifts as golf clubs, gift cards and a year’s worth of working with a personal trainer.

“In the church I served, many of the congregants came from traditions other than Presbyterian. The Presbyterian church could do a much better job of showing appreciation, especially after the pandemonium of the pandemic when pastors had to learn to preach in front of a camera, do their own editing, use their own equipment and stay in the struggle,” said Barbee-Watkins.

But it’s not just the new pandemic skills clergy have had to learn that make congregations showing their appreciation more important.

“Beyond the pandemic, Presbyterian pastors require a lot of education, carry student loans and serve smaller churches with small salaries that are not commiserate with their education,” she said, adding, “Clergy are not called to be indentured servants who answer on demand. They experience more emotional exhaustion and physical ailments than most. They want to do what they do and do it well. God has called us; we want to feel that those we serve grasp the time and effort it takes to fulfill that call.”

Studies have shown that most pastors burn out within seven years, as they are on call day and night and don’t have enough balance in their personal lives as they deal with the emotional demands of congregants.

“Love breeds love,” said Barbee-Watkins, noting that tokens of appreciation don’t have to be lavish. They can be as simple as pictures drawn by the youth, words of affirmation and positive comments on sermons. “All acts of kindness count,” she said. And those acts “can transform a culture of lack and scarcity to a culture of abundance and generosity.”

The gift of good feedback

For ministers in the Presbytery of Cincinnati, the executive presbyter, Lisa Allgood, is working to energize them through various workshops. Some focus on self-care and others focus on play.

In addition, the presbytery has worked overtime to check in with pastors who Allgood says get so little feedback, and the feedback that does come is often negative.

“We check in with them, ask how we can pray for them and what do they need,” she said. These questions, she adds, are great examples of how congregations can care for their pastors. “Any positive, genuine appreciation helps.”

Allgood suggests that congregations write notes and tell their pastors why they are loved. Pastors revel in them and often return to them again and again for encouragement, especially as “being a pastor is one of the most isolating jobs one can imagine,” she says.

Sessions and mid councils can also do their part in leading the charge to elevate awareness of October as Pastor Appreciation Month, beginning with doing something special this year, understanding that pastors have had to rewire their brains during the pandemic ­— not just figuring out Sunday worship, but how to serve, love and care for others when seeing facial expressions was not an option, which could easily lead to misreading someone or a situation.

“Ninety-three percent of communication is nonverbal: the way a person speaks and the body language beyond facial expressions. All of that disappeared,” said Allwood. “At the same time, there was misinformation everywhere, including medical guidance and scientific information. All this caused our congregations to mix up science, politics and religion.”

“The devil was loose for 16 months,” said Allgood. “Yet pastors were asking: ‘What is at the core of who we are?’ ‘What does it mean to be Christ in the world?’ Their answer was to love God, love people and make disciples.”

Sherry Blackman is the pastor of the Presbyterian Church of the Mountain in Delaware Water Gap, Pennsylvania. She is the author of the recently published book “Tales from the Trail, Stories from the Oldest Hiker Hostel on the Appalachian Trail.”

Showing pastors appreciation isn’t about stroking the ego. It’s deeper than that. Appreciation affirms the holy call to serve all of God’s children. Showing appreciation also renews one’s creativity and energy. Viktor Emil Frankl, an Austrian psychiatrist and Holocaust survivor, saw that humans were motivated by a “will to meaning,” that is, we flourish when we have a sense of meaning and purpose.

While October has been set aside as Pastor Appreciation Month (also known as Clergy Appreciation Month), congregations often put aside the second Sunday in the month for a time of celebration. Here are some ideas to show appreciation to your pastor: