…be led forth in peace. (Isaiah 55:12). Support to the Peace & Global Witness Offering.
Make A Donation Click Here >
Home › God’s kingdom: close, yet so far

Stepping up our kin-dom work 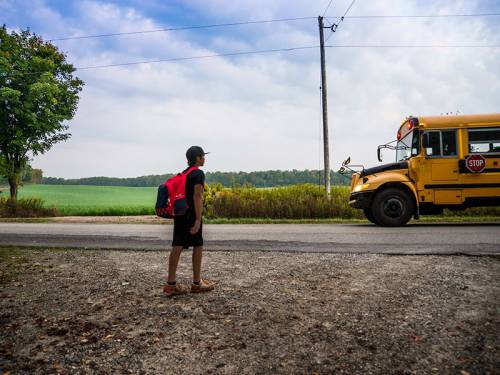 Dr. Brian K. Blount’s book Go Preach! Mark’s Kingdom Message and the Black Church Today sits on my desk. It’s one of the books that survived the move from our rental in Maryland to our Vermont home. During packing, I promised my husband I would limit the books to three large boxes. What didn’t fit wouldn’t come. There just wasn’t room in our 1760-something home for my dog-eared friends. It was painful, but I was brutal in my decisions as to which ones to keep and which ones to give away. It says a lot that Go Preach! made the cut.

Blount was teaching a class on “The Kingdom of God in Mark’s Gospel” during my senior year at Princeton Theological Seminary. It was a topic that didn’t interest me. I wanted to take the class on women mystics, but I needed one more New Testament credit to graduate. His class fulfilled that requirement in the only slot left in my schedule.

My attitude wasn’t the best on the first day of class. I doodled a lot in my notebook. The doodles, though, surprisingly turned into a few notes, which then turned into an “oh-my-gosh-I-need-another-notebook” moment. I was captivated by what I was hearing about this kingdom that was ambiguous to me. It was always something I chose to keep at a distance, off into the future because I couldn’t grasp what Jesus was saying (or, gasp, asking of me) when he said the kingdom is near. How near? Near me? Huh? Uh-oh.

Just as I was recently told how my walking around while preaching, rather than staying safely behind the lectern, made someone in the pew nervous, I found myself feeling nervous to meet this God on the loose, bringing a kingdom of radical change, radical welcome and radical love into my comfortable present moment.

In class, I began seeing glimpses of what God was up to as I listened to stories my fellow seminarians, including ones of color, shared. Stories of not just struggles, but hope seen in the way of community building, justice work and advocacy. I began wondering: If the kingdom had come near to us, then why did so many churches act as if it was still off into the future? Was it easier — and safer — to keep talking and dreaming about something ambiguous rather than living into the present realities of God making something new?

I’ve been thinking a lot about the kingdom of God lately. On one hand, I’m excited for the new thing God is doing. I can see the vision of a vibrant church that reaches out in ways beyond the traditional Sunday morning worshiping hour. I can hear the voices of those once silenced now speaking boldly and prophetically. I want to be part of the work building not a kingdom, but a kin-dom. Kin-dom building was the subject of the Bible study at the 223rd General Assembly (2018) of the Presbyterian Church (U.S.A.) in St. Louis, which focused on reimagining a community in which everyone is a beloved child of God.

And yet there are moments I wonder how near is this new thing God is doing, because there are days I just don’t see it.

I recently moderated a meeting at one of the small churches I’ve been called to walk alongside. The elders got into a conversation about — surprise, surprise — how to grow the church. I didn’t engage in the conversation because it’s one that hasn’t changed in the 11 years I’ve been ordained. If only we had a pastor with small children. That will attract families.

When they were done talking, I shared what I had seen on my drive to their church: three migrant workers on bicycles heading to a local farm and two children of color stepping off a school bus, heading into a house down the block from the church.

If those weren’t enough signs that the kingdom of God was near to them in their sleepy rural village, I then told them about a minister in the area who has two transgender teens in his flock. The all-white session stared at me. There were looks of dismay and denial. I then began sharing with them what I heard in a class in seminary I originally didn’t want to take.

“The kingdom of God is near.”

I smile as I look at this book on my desk. I need to drop a note to Dr. Blount, who is now president of Union Presbyterian Seminary, thanking him for the impact his class had on me. Little did I know that God was giving me the tools for this kin-dom building moment the church is in right now.

Our communities are changing. What isn’t changing is God’s love. It’s still an all-inclusive love that is inviting us to be part of the work of welcoming all.

Yes, I am excited about our church today. And yet as excited as I am, I can’t help but to think of the old saying that reminds me we are so close, yet still so far.

As the new church program year gets underway, look around your neighborhood to see how it has changed. Talk to Chamber of Commerce members, get involved in school activities and take note of what is happening outside of your church building. Bring church members together to discuss changes and opportunities. Then begin exploring ways to build up a community (not just a church community).