There were many prayers being lifted during the pandemic, among them prayers for wholeness, guidance, protection and peace. But perhaps the greatest request of all was that of healing — something that two Charlotte, North Carolina, congregations received quite unexpectedly. The COVID-19 virus opened the way for healing a post-Civil War wound between First United Presbyterian Church, a black congregation established in 1866 that is located literally a stone’s throw away from tall-steepled First Presbyterian Church, which was established in 1821.

“I never imagined that God would move in the midst of this pandemic, bringing healing and blessing,” said the Rev. Lorenzo Small Sr., pastor of First United Presbyterian.

Prior to the Civil War, slaves worshiped alongside their white masters at First Presbyterian Church, but as tensions rose, blacks were no longer free to sit in the pews. They were relegated to the balcony, and later the “freed” were confined to the basement of the church.

The newly emancipated believed they had no choice but to leave First Presbyterian and build their own house of worship. And so, they built First United Presbyterian. The passing years, though, did not erase the hurt and resentment that was passed down from generation to generation, Small says. Small arrived at the church three years ago with a heart for unity. He soon learned that before unity could happen, he had to acknowledge and validate the deep pain that had become part of First United’s DNA. 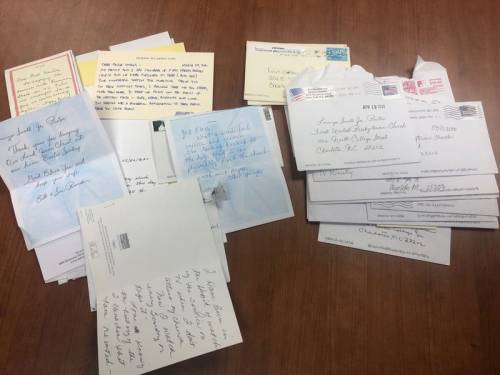 “The dynamic wounds of slavery, racism and indignities became a moral divide between us,” he said. “Yet, there were many who wanted to move past the legacy of hurt.”

The Rev. Pendleton Barnes Peery, senior pastor of First Presbyterian, says his congregation made efforts to heal the multigenerational wound and close the gap between them. Over the past 10 years, the two churches began moving toward reconciliation as they gathered annually for a four-week study and to share a meal. Yet, Peery said that the “true and difficult” conversation around racism went unspoken even as trust was being built between the congregations. In September 2016, when 43-year-old Keith Lamont Scott was killed by a Charlotte police officer, and another civilian was murdered at one of the protests that ensued, the wound of racism bled anew.

“The killings triggered a more honest grappling with race for the congregation of First Presbyterian,” said Peery. “Racism had to be acknowledged. Our congregation was more cognizant of the role race had played in our history. They felt the wound that had been inflicted over a century ago in a more personal way.”

The session of First Presbyterian Church began digging into their history of prejudice and racism. As a result, the session composed a letter seeking forgiveness from First United Presbyterian, acknowledging that “there have been acts of racism, prejudice, indignity and indifference perpetrated by members of our congregation, acts that contributed to the separation of our two congregations.” The letter continued to apologize for “all that we have done, and all that we have not done, that have given rise to a perpetuated division between our two communities of faith.”

According to Small, the letter was “a tremendous act of humility and love,” resulting in plans for the two churches to worship together twice a year, alternating between the two buildings. The arrangement changed when the pandemic struck. It didn’t put plans to worship together on hold, but Peery and Small committed to leading worship every Sunday together — side by side at a safe distance.

“We’ve been leading worship together since late March at First Presbyterian as our service has been televised into 20,000 to 30,000 households for the last 65 years,” said Peery.

“This is what the church should be. Our congregants have been giving nothing but praise and thankfulness. Worshiping together has moved hearts,” said Small, who has been receiving a large number of cards expressing how overwhelmed with gratitude people are to see both pastors leading worship together.

First United, with a membership of 165 compared to First Presbyterian’s 2,000, is being blessed financially as well, Small said.

The witness of the pastors preaching together weekly, spurred on by a health crisis that led many faith communities to seek ways to support one another, has brought the long-awaited and much-needed healing of two congregations.

“What I am learning through this time and this partnership with First United is the power of God really does transcend chaos, crisis, deep wounds and centuries of brokenness. God’s power is stronger than these,” Peery said. “It is never too late to reconcile. In God, in Jesus Christ, there is always an opportunity.”

Sherry Blackman is the pastor of the Presbyterian Church of the Mountain in Delaware Water Gap, Pennsylvania.