Our words can be used to heal 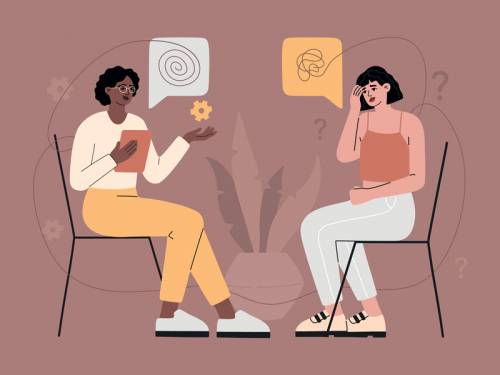 The pain from hurtful words can result in issues of self-esteem, or it may cause one to make wrong life choices. Words spoken to intentionally cause pain to another — or unintentionally — can chip away at the life God envisions for all.

Many of these words and phrases that have the ability to cause so much pain have origins that are deeply rooted in racism and gender inequality. Such words and phrases, many of which have been around for centuries, have been so incorporated into the language we use on a daily basis that many times those who speak them are oblivious to the words’ true meanings or hurtful origins.

For example, the use of “peanut gallery,” which came into use during the vaudeville era, referred to those poorer folks, often people of color, who couldn’t afford the good theater seats. And what about the term “master bedroom”? According to a 2020 report on the national morning TV news show “Today,” the Houston Association of Realtors ended its use, opting for “primary bedroom” instead in its listings. The term “master” harks back to the days of slavery. The term “master bedroom” first appeared in a Sears catalog in 1926 to describe a home of someone with wealth.

While some of these sayings and words are overtly racist, others seem innocent and harmless but have offensive histories directly tied to chattel slavery. Did it take the civil unrest following the killings of Ahmaud Arbery, Breonna Taylor and George Floyd and the many disparities and inequities exposed by COVID to cause some of us to become “woke” from the culturally insensitive comas that we have lived and communicated in with one another for centuries? Being “woke” is an English adjective that means “alert to racial prejudice and discrimination,” which originated in African American vernacular English. Being “woke” allows us to utilize the power in the pause of thinking before we speak.

At some point in our childhoods, most of us undoubtedly recited the counting-out rhyme “Eenie, meenie, miney, mo” when a selection of some sort needed to be made. While the version most of us know seems harmless enough, the original version was well-known in the days of slavery in the United States. We’re all familiar with the version that goes: “Eenie, meenie, miney, mo; catch a tiger by the toe,” but in the original version of the song, the N-word was used instead of “tiger.” According to Vox, a general interest digital news source, it is thought that this rhyme had its origin in the slave trade and was sung to describe what slave owners would do if they caught a runaway.

Vox also reports that the rhyme was a part of a 2004 lawsuit against Southwest Airlines when a flight attendant used the rhyme while urging passengers to take their seats. Black plaintiffs sued the airline for discrimination, but the jury did not side with the plaintiffs.

And who has not celebrated someone with a rousing “Hip, hip, hooray”? While the history of this phrase is somewhat unclear, it is thought to have derived from an antisemitic chant. “Hep! Hep!” was a rallying cry to attack Jewish people in and around the German Confederacy in 1819, which  became known as the “Hep-Hep riots.” Over time, “Hep, Hep” became “Hip, Hip” and “Hooray” was added to the end.

Racism is not the only driving factor for many of our hurtful words and phrases. Words that are indifferent to matters of gender can be just as damaging.

These decades-old traditions and language have shaped our thinking on what should be feminine or masculine.

The Rev. Shanea D. Leonard, coordinator of the Gender & Racial Justice office for the Presbyterian Mission Agency, said, “In Western culture everything is gendered. Gender is used subconsciously from childhood through adulthood. It’s present in everything from who should play with what toys to who should wear what type of clothing. If someone expresses themselves outside of male or female, it is deemed abnormal and wrong in some way.”

Leonard says it is important to use gender-inclusive pronouns because they help to reaffirm identity.

“By using a person’s correct pronouns, you are showing them respect and forming an inclusive environment,” said Leonard. “It is important to never assume a person’s pronouns but rather give space for them to self-identify. Gender is not just about boys and girls. It’s a rainbow of all kinds of identities. Many nonbinary people feel they don’t fit perfectly into the boy or girl box. They can feel like both a boy and a girl at the same time, neither or even something else altogether different.”

Many ideas around gender are often formed subconsciously in society, and that is where misunderstandings that lead to hurt can begin happening. “Many microaggressions happen when someone is misgendered and not affirmed for who they are. When referring to someone by a gender that is not their own, you are verbally signifying that their existence is not worthy of the dignity of their true reality. That can lead to much harm — even beyond microaggressions — such as depression, anxiety, dysphoria and even self-harm,” said Leonard.

Leonard explained that gender identity is formed by the feelings a person has inside — not what they wear, how they speak or how they act on the outside.

From the pew and pulpit

We consider our places of worship a safe place. However, the wounds of hurtful words inflicted by “church folks” have caused a lifetime of pain for some. Proverbs 18:21 reminds us that “death and life are in the power of the tongue.”

Leonard, who is an ordained minister in the Presbyterian Church (U.S.A.), said, “Gendered words have hurt me several times in this work and especially in this denomination. Like many other nonbinary and trans siblings, we are often marginalized in the church, and often the most marginalized within the LGBTQIA+ community.”

Leonard noted that we even try to gender God in a way that fits a patriarchal model of divinity, which is deemed sacred.

Beyond gender-related terms, other insulting words related to one’s faith include words like “muzzie,” a derogatory, shortened version of the word Muslim, or “Bible-thumper” to describe someone viewed as more evangelical. There have been many words in all faiths throughout history that have been used to mock or make light of ones’ religious beliefs.

To help increase understanding and to encourage a better choice of words throughout the PC(USA), several groups have worked together to update a guide for the use of inclusive language. Originally published in 2001, the updated “Well-Chosen Words” guide was created by the Racial Equity & Women’s Intercultural Ministries; Presbyterian Women; Compassion, Peace & Justice; and the Advocacy Committee for Women’s Concerns. Twenty-one years ago, the guide provided inclusive language in reference to the people of God along with expansive images of God from the PC(USA)’s theological traditions; expansive language with reference to God; expansive images of God in the creeds; expansive images of God in Scripture; and inclusive translations of Scripture. It did not, however, include language related to the LGBTQIA+ community or gender-specific terms.

“The brochure has been updated to add an entire section that explores gender and LGBTQIA+ terminology so that people are equipped with language to use,” said Leonard. “Also, it is helpful as a tool for people understanding that gender terms are not synonymous with LGBTQIA+ terms.”

New items added to the brochure include terms like “androgynous,” someone identifying and/or presenting as neither distinguishably masculine, feminine nor any particular gender presentation; “asexual,” someone who possesses low or no sexual attraction or desire for other people; “bisexual,” a person emotionally, romantically or sexually attracted to more than one sex, gender or gender identity, though not necessarily simultaneously, in the same way or to the same degree; and “cisgender,” a term used to describe a person whose gender identity aligns with those typically associated with the sex assigned to them at birth.

While gender-related terms have been added to the brochure, what speaking the language of love comes down to is the awareness that God’s Creation is beautiful, colorful, diverse and, at times, seemingly complicated. But, as the Apostle Paul, who was adept at speaking words that build up rather than tear down, said to the church in Ephesus, “Let no evil talk come out of your mouths, but only what is useful for building up, as there is need, so that your words may give grace to those who hear” (Ephesians 4:29).

Sticks and stones can break our bones, but the adage is wrong when it tells us that words can never hurt. The words we speak can hurt others and hurt them for a lifetime. The good news, though, is they can also heal. And that healing begins with understanding the hurtful, divisive backgrounds of the words we use and choosing words that speak love instead.

Gail Strange is director of church and mid council communications for the Presbyterian Mission Agency.

To download the “Well-Chosen Words” resource guide, go to presbyterianmission.org/resource/well-chosen-words