Our call to justice requires action 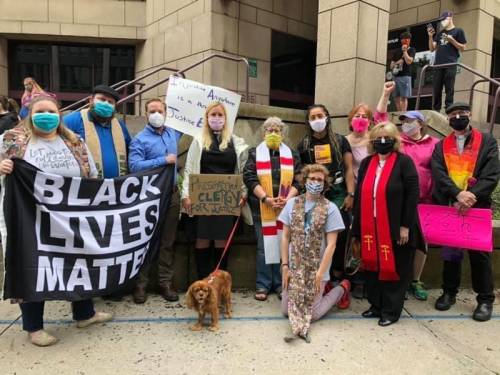 With a voice quaking with disappointment, the Rev. Shavon Starling-Louis asked, “What could I have done to be a better candidate for this position?” The voice on the other end said, “Nothing. There’s nothing you could have done.” The silence that followed screamed that what this congregation was looking for in their next pastor was something Starling-Louis could not change about herself: the color of her skin.

“It became clear that there was much angst in the discernment process, and it was partly because of the church’s struggle to have language around racism,” said Starling-Louis.

Ultimately, says Starling-Louis, the pastor nominating committee discerned that a white male was the best fit. “I celebrate their ministry, and I remain informed by what that pastor nominating committee was honest enough to say at multiple junctures: ‘We’re not sure if our congregation is ready (for an African American pastor).’ I trust there were other reasons why the other candidate was chosen, but I can also witness that the only articulated point of concern was if this church would be ready for a Black woman to be one of their pastors. This heartfelt concern was really, really enlightening.”

It was also what inspired Starling-Louis to join the Presbytery of Charlotte’s Anti-Racism Ministry (ARM) team, where ruling and teaching elders collaborate to educate and embody practices and policies for racial justice in the life of the church. The presbytery has the largest number of African American Presbyterians of any presbytery in the PC(USA). She is co-moderator of the team, serving alongside the Rev. Dr. John Cleghorn of Caldwell Presbyterian Church in Charlotte, North Carolina. She has also recently accepted a call as pastor at Memorial Presbyterian Church, also in Charlotte.

The ARM team is not new. It was organized eight years ago mainly as a resource to the presbytery. Three years later, after some introductory learning sessions were made available, it organized “highly recommended” anti-racism training for all presbytery members. The turnout, however, was lower than hoped. 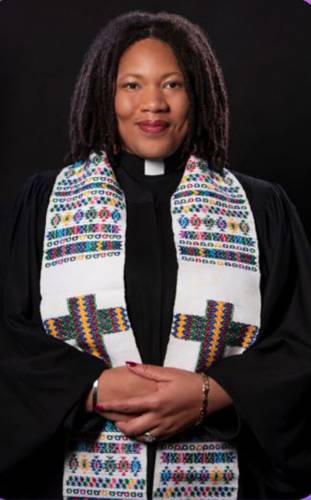 Fast-forward to early 2021, following a year in which many high-profile events occurred around the country, and now anti-racism training has become mandatory in the Presbytery of Charlotte for all teaching elders and any ruling elders who serve on presbytery committees, although anyone else can participate. Like its healthy boundary training, the anti-racism training is required to be completed every three years.

“Our team really believed that we were not going to arrive at a more just presbytery and more just communities that we serve if our leadership didn’t have the basic tools to understand what racism was,” said Starling-Louis. “We didn’t have a shared language. People’s thoughts on what the word ‘racism’ even meant were so varied.”

Anti-racism training is becoming more prevalent in Presbyterian mid councils across the country. While it is not mandatory everywhere, it is being offered and strongly encouraged. And that is a huge step in the right direction.

“For folks to have eyes to see what is preventing our call to love our neighbors as ourselves really matters,” said Starling-Louis.

The ARM team organizes the anti-racism training in Charlotte, using its own team to spark the conversations. Beyond the one-day training, there are opportunities for advanced conversations to be had on anti-racism topics through things like book studies. These gatherings are also helping to build new relationships within the presbytery. The participants in the trainings are grouped based on their roles, locations and racial diversity. Two online trainings were held in 2021, with 35–40 people attending each one, some from outside the presbytery’s bounds as well.

“The main goal for these trainings is faithful conversations around justice that people feel empowered to better do the work and better live into the journey of co-creating with God a more faithful world,” said Starling-Louis. “It’s to move out of a space of shame, which tends to be where folks go initially when they feel uncomfortable with something.”

A call to action awakens

The events that occurred in the summer of 2020, with the names of George Floyd and Breonna Taylor and the protests surrounding those deaths making national headlines, sparked many demonstrations around the country. That spring, numerous clergy in the Presbytery of Western New York took part in a prayer vigil and protest in downtown Buffalo to show support for the Black Lives Matter movement.

The demonstration has had a lasting effect on the region. In the months following that day at the vigil and protest in May 2020, one of the pastors left her call simply because she participated in the gatherings. It became a rallying point for the presbytery going forward.

“It was a come-to-Jesus moment. One of our pastors stood for justice and was raked through the coals for the next few months and subsequently left her church as a result. That really lit a fire for a lot of us,” said the Rev. Rachel Brown, the moderator of the presbytery and pastor at Hamburg Presbyterian Church. “That drove us into a new way of being as a presbytery and [directing the] conversations that we were having.”

What ensued was the organization of a coalition led by local retired Presbyterian pastor the Rev. Dr. Cynthia Wickwire Lundquist and an adopted presbytery-wide theme of “Social Justice, Focusing on Anti-Racism.” The presbytery approved this ground-floor work to span 24 months, lasting from May 2021 to May 2023.

“We felt we needed not just to be showing up for protests and prayer vigils as individual pastors across the Presbytery of Western New York and having conversations of an anti-racism task group, we needed to say as a presbytery that we are going to focus on this specifically for the next two years,” said Brown.

Many of the resources the Presbytery of Western New York is using come from NEXT Church, which has consultants, guided programs of discussions and homework ready to be put into place. The task group meets monthly, but it’s not the only place anti-racism is discussed. The presbytery’s regular meetings also have this same focus and include various guests to speak on the topic. From these trainings, which have not been made mandatory by the presbytery, are resources that pastors can take with them and use during Advent, Christmas, in their session meetings and even on Sunday mornings.

There is plenty of work to be done on anti-racism training in the Buffalo area, which like many large cities has its different racial communities that come with common stereotypes.

Changing this mindset is the goal of anti-racism training, and through it the hope is that communities will be more inclusive in their words and actions.

“The end goal for this training is that we become more self-aware, corporately aware and aware as a church of our own intrinsic racism, of how we’ve contributed to it individually, as a church, as a presbytery, as Christians and how we can turn that around and make amends, bring healing and do better,” said Brown.

Becoming “aware” is the goal in the Presbytery of Santa Barbara in California, where anti-racism training is being brought to the forefront of all the work that is done. In January, the presbytery’s 20th annual mission conference took on the theme of “Called to Reconcile” with the hope of learning how to combat this timely issue. It’s another stepping stone for the presbytery that has been doing anti-racism workshops for the past several years.

“In the summer of 2020, I attended a nine-week series on Zoom called ‘Deconstructing Anti-Black Narratives’ offered by New City Church of Los Angeles and led by Dr. Tracey Shenell, one of the pastors of that congregation,” said the Rev. Ted Brandt, a member of the presbytery who pastors First Presbyterian Church in Oxnard, California. “I was so impacted by this series that I approached our presbytery’s Church in the World committee to offer something similar.”

The Presbytery of Santa Barbara had five Zoom sessions in January 2021 called “Rising to the Moment: Understanding and Responding to Our Times” with Shenell and two movie nights, when they watched films including James Baldwin’s “I Am Not Your Negro.” Discussion of the films was incorporated into the curriculum.

“The series was well-received, with participants expressing that it helped them to take the next steps on their journey towards anti-racism,” said Brandt, who took the lead with the committee in coordinating the 2021 training and had a minor role in the 2022 training. The presbytery has been holding conversations on race during the pandemic, described as both “well-attended and fruitful” by Brandt. In January, the presbytery offered a five-week training on Zoom called “Brown Church: Five Centuries of Latina/o Social Justice, Theology and Identity” with Dr. Robert Chao Romero, author of a book with the same title.

“To truly be God’s best church for this moment, our presbytery feels called to introspectively consider who God is calling us to be. We confess that the social construct of race and the sinful drive to hold power over others is embedded in our society, systems and churches, and ingrained in us as fallen human beings,” said Brandt. “We want to lift Jesus and his message higher as we work towards a day when every person is fully seen and heard for who they truly are, a person of great worth, God’s workmanship, wonderfully made in God’s image.”

Mike Givler is the communications coordinator for the Synod of the Trinity. He lives in Mechanicsburg, Pennsylvania.