A ministry of belonging 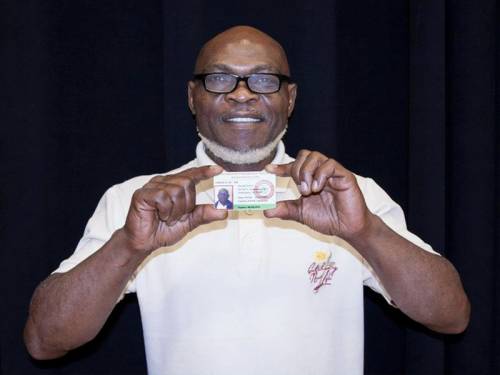 When refugees and other immigrants arrive in a new community, they often lack drivers’ licenses or other forms of identification that can help them get established in that community. And that lack of identification can compound the sense of isolation that the new arrivals already feel.

Ana Wells remembers that feeling. When Wells arrived in the United States from her native Argentina more than two decades ago, she carried all of her possessions in two suitcases. She had no friends or family living near Raleigh, North Carolina, which she would call home. She felt alone and isolated. She felt no connection to the people in her adopted country. And she didn’t like how that felt.

It was then that she vowed to make sure those who came after her would not feel what she felt.

For 22 years, Wells has worked with immigrants and migrants to help them become a part of their new home. “I’ve tried to help new immigrants surpass these negative feelings,” said Wells.

One way she has done that is through a program offered through her church, Sedgefield Presbyterian in Greensboro, North Carolina, that provides community identification cards to immigrants and others who lack conventional forms of identification.

Similar community ID programs have sprung up nationwide, with municipalities issuing the identification cards. The cards can help new arrivals with matters such as enrolling their children in school

or picking them up from school, getting prescription drugs and receiving services from health clinics.

The cards also can help new immigrants feel safer in their dealings with police.

The Sedgefield Presbyterian program, called Faith ID Drive, operates in conjunction with FaithAction International House, a nonprofit that provides community identification cards for immigrants and others in Greensboro who lack conventional ID cards.

According to FaithAction, community identification cards do not allow the holder to vote or to drive, but they are practical — not only showing that immigrants belong in the United States, but also giving immigrants a sense of belonging.

“When I speak to immigrants to help them with the adjustment process, I tell them that they must remember that native-born Americans don’t know what our lives were about. They can’t put themselves in our shoes, because they don’t know what the shoe is made of,” Wells said. But the ID cards, she adds, help.

Listening to the community

Sedgefield Presbyterian became involved in community IDs “because we wanted to make serious bonds in our neighborhood,” said the Rev. Kim Priddy.

In June 2017, a community dinner was held at the church. Forty people came. Half were from the church and half were from the neighborhood. After the dinner, Priddy says, a panel discussion was held where the question was asked of Sedgefield Presbyterian’s neighbors, “What can we do to improve our relationship?”

The answer was revealing.

“We learned that many of the people were very lonely, and that many were afraid of the police,” Priddy said. “Once we realized this, we asked, ‘How can we build bridges?’ We found the answer in the community ID cards.”

Over the years, the FaithAction ID Network has seen a demand for community IDs. FaithAction currently operates in North and South Carolina, Florida, Virginia, Iowa, Ohio and Oregon.

According to the Rev. Neil Dunnavant, executive pastor at First Presbyterian Church of Greensboro, the impetus for FaithAction’s community ID program occurred when North Carolina stopped issuing drivers’ licenses to undocumented people. If the unlicensed drivers were confronted by police, the police would be less harsh with people who could establish their identity, he explains.

“The community ID card gives people dignity,” said Dunnavant. “It is way of accepting them and it helps them to feel safe. As a Presbyterian, it impressed me as a demonstration that everyone is welcome. Participating in this program is a way for me to put my faith into action.”

To receive an ID card, one must attend a mandatory orientation that explains the benefits and limitations of the card and provide a passport, embassy ID or national ID card. Even if someone has a government-issued ID, they often need a second ID to obtain some benefits. This can be the community ID.

The Rev. David Fraccaro, an ordained minister in the United Church of Christ and executive director of FaithAction International, says there are many reasons why a person may not have a photo ID. They may have lost it. They may not know how to obtain one or they may hesitate to get one because of distrust of those in power, such as police.

The need for photo IDs is not just a need among immigrants. According to a 2012 study conducted by Stanford University and the University of Michigan, 12% of adults living in a household with less than $25,000 annual income lack photo IDs, compared with just 2% in households with over $150,000 annual income.

John and Charlotte Stone have dedicated their retirement years to volunteering with agencies dealing with social justice issues.

“These volunteer experiences have opened my eyes regarding how much more needs to be done,” Charlotte Stone said. “It is not just a matter of us putting money in [an offering] basket, but also going one step further to be the hands and feet of Jesus.”

Among the beneficiaries of their time is the community ID program at Sedgefield Presbyterian, where they are members.

“I’m not satisfied by going to church and hearing sermons,” John Stone said. “Assisting in the community IDs helps me to grow as a person and as a Presbyterian.”

Charlotte Stone recalls getting a recent phone call at home from a 9-year-old immigrant girl who was afraid that her mother would be deported. Stone promised the girl she would get help and, because of the community ID program, she was familiar with the work of FaithAction International and was able to reach out to the organization for help.

“It felt so good to help her — that I could do something to lessen her pain,” she said. The incident made Stone realize something about her faith.

“It’s not just what you believe,” she said, “but it’s about how you act as a result of your Presbyterian beliefs.”