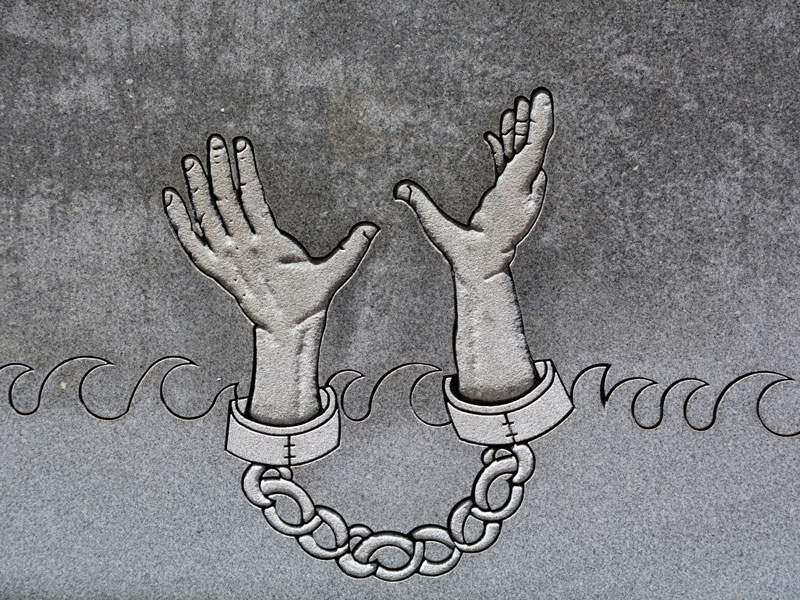 A detail of an African American monument along River Street waterfront in Savannah, Georgia. Getty Images

A Boston news station recently shared a story about a Massachusetts church that came up with a unique reparation idea to undo the injustices to those men and women who authored the great African American spirituals in many a hymn book. Each time the choir sings such a spiritual, the church will pay a royalty. It is common practice for churches to pay royalties to publishers for the use of hymns, but according to the news report, Susan DeSelms, minister of music of the United Parish in Brookline, which came up with the idea, “the enslaved people who created this music were never rewarded for their art.”  DeSelms also noted that “there was a growing discomfort” among the predominantly white congregation around how to use these songs of the enslaved in a way that honored, respected and redeemed the past. DeSelms introduced the royalty idea in a sermon, sharing with worshipers the history of the spiritual, beginning in 1619 when the first Africans were brought to America as slaves, and continuing through to today. The royalty paid, she said, will be a special collection taken every time a spiritual is sung in the church. The money will be donated to a nonprofit youth music program in Roxbury, Massachusetts, that is devoted to carrying on the tradition of this music by teaching the songs to the next generation.

Presbyterians are intrigued by this idea and will start the new year exploring how to perhaps do likewise. Says the Rev. Adele Crawford, pastor of Warner Memorial Presbyterian Church in Kensington, Maryland, “What a fantastic idea for majority white congregations.”

Donna Frischknecht Jackson is the editor of Presbyterians Today.