Make A Donation Click Here >
Home › Stated Clerk: What per capita pays for, why it matters

A vital part of the connectional church 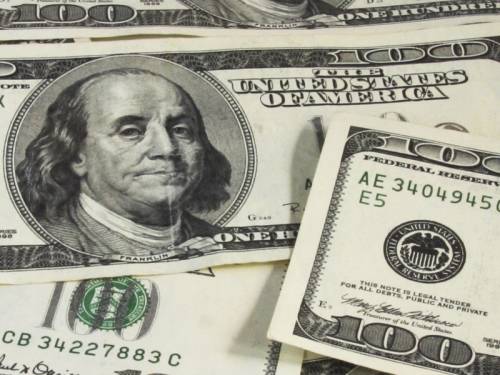 An immigrant fellowship gathers each week to worship and praise God. But how do they connect with the larger church?

The World Council of Churches uses its network of Christian-based organizations to tackle the problems facing massive populations that are suffering from poverty and repression. How do Presbyterians become part of the solution?

A church is dealing with a problematic staff member. How does the church legally resolve the problem?

The Office of the General Assembly of the Presbyterian Church (U.S.A.) has touched every part of the globe through its network of ecumenical partnerships and has counseled and worked with mid councils to connect pastors with churches. But these valued ministries would not be possible without per capita.

Per capita is a set amount of money — sometimes referred to as “apportionment” — per member that congregations pay to the larger Presbyterian Church (U.S.A.). Said another way, it is like a Presbyterian community fund — part of the glue that holds Presbyterians together. Because Presbyterians share in the benefit of the PC(USA)’s system of government, the expenses associated with performing the functions of that system are shared by everyone.

Deeply rooted in Presbyterian history — the first-known mention of per capita dates back to 1734 in a letter to ministers — per capita makes it possible for the OGA to organize and manage General Assembly, as well as to staff and support special committees and commissions, provide legal counsel for churches dealing with staff issues and seek ways to minister to a growing immigrant population.

When Presbyterians participate in per capita, they’re saying, “I’m in. I’m a part of this denomination. We are connected to it. We intend to support it.”

Where the per capita system has worked best over the years, sessions have taken seriously the unity of the church and have supported their presbyteries in working out a formula by which the per capita is distributed for support of the more inclusive governing bodies. Reflecting the unity of the church from congregation to General Assembly, per capita dollars help sustain mission at the local, regional and national level. In effect, per capita becomes the channel through which local Presbyterians can see their role in not only local mission programs but also the regional, national and worldwide mission of the Presbyterian Church (U.S.A.).

Over the last 30 years, per capita giving has been declining, and it is not just due to declining membership. In some cases, small struggling churches haven’t had the money to pay and some have chosen to withhold their share as a means of expressing disagreement with the policies of the national church. And as churches have pulled away from the denomination, the financial burden on presbyteries has grown. The snowball effect continues as the ministers and staff of the Office of the General Assembly, who provide services to all levels of the church, are impacted.

Per capita giving makes the work of those like the Rev. Dr. Tim Cargal possible. Cargal is the manager of preparation for ministry and examinations. In that role, he helps prepare the next generation of pastors who will be serving Presbyterian churches. He also helps congregations explore different ways of going about ministry and thinking about the role of the pastor.

“The work that I do with regard to ordination exams is funded in part through per capita as well as examination fees,” he said. “The share that is carried through per capita helps us to be sure that we can control the amount of fees that are going to have to be paid by the candidates as they take exams.”

If per capita were not available, Cargal says, the denomination would have to switch to a fee-for-service basis to cover costs for some of the work.

“There are certain responsibilities that would shift entirely to the presbyteries in terms of training for members of their committees on preparation for ministry,” he said. “There would be a number of resources that we have been able to provide over the years that we simply wouldn’t be able to provide, either in terms of in-person or online training, as well as the print materials that help people to understand the work and responsibilities of entering into ministry.”

A lifelong Presbyterian, Andrew Yeager-Buckley learned the importance of per capita as a child attending confirmation classes. As an assistant with OGA’s Churchwide Ministries, he helps coordinate churchwide meetings, as well as other ministries and special committees.

“Per capita is our main source of funding that we then turn around to make investments back to the local church,” he said. “It is critical to everything that we do. If per capita dollars were to go away and there were no Plan B, there are a lot of support services and resources that would have to stop, and local presbyteries would have to take them on or stop altogether. If we stop doing our job or if the trust of giving that money stops and the cycle breaks, I don’t know what would happen, but a lot would change for mid councils and local congregations.”

The Presbyterian Historical Society, based in Philadelphia, collects, preserves and shares records of the denomination and ecumenical bodies, along with personal papers, that are significant to Presbyterians nationwide. Per capita provides part of its funding.

“Scholars, genealogists, film crews and media crews from as far away as Japan have accessed these records for various projects,” said Nancy Taylor, acting executive director. “We want to make sure that the things we are collecting and preserving are available to people who are interested in history, religion and education. It’s important for us to be an open public institution so that the items in our collection are actually used and not simply stored away.”

A staff of archivists maintain and digitize the records in a controlled environment. A loss of per capita dollars would impact their work.

“Approximately 60% of our budget is funded through per capita,” said Taylor. “We take in records from congregations, mid councils and other national agencies. A lot of records would be lost without that support.”

As immigrant fellowships have emerged, the OGA’s immigration advocates have provided legal and pastoral counsel. Per capita money helps them in this work.

“You have access to people who give you this national perspective on what’s happening, not only in Washington but on the border,” said attorney Teresa Waggener in the Office of Immigration Issues. “Per capita frees us up to then be able to connect people within the church. Without per capita, we would be spending a bulk of our time raising funds instead of providing direct ministry support.”

The Presbytery of Southern New England is focused on immigration ministry and is always seeking new ways to resource an immigrant fellowship in Cape Cod. In addition, three chaplains within the presbytery work with an Immigration and Customs Enforcement detention center. Amanda Craft, manager of immigration advocacy with OGA, recently visited the presbytery to share models of how other presbyteries work with similar fellowships around the country.

Such efforts are especially pertinent to the Rev. Shannan Vance-Ocampo, general presbyter. “I’m very passionate about the immigration ministry at OGA. My husband is an immigrant, and we’ve been through the process ourselves. And I know how valuable the time is for immigration attorneys and staff and how special that work is,” she said. “It can be life-changing and life-saving.”

Per capita has also allowed the OGA to maintain relationships with ministry partners around the world and to build connections with the PC(USA)’s Korean siblings in ministry.

“When Korean American pastors of other denominations are transferring their membership to our church, they’re often faced with a language and cultural barrier,” said Luke Choi, manager of OGA’s Korean-speaking councils support. “I am often used as a translator and do a lot of polity training for individual Korean congregations.”

Vance-Ocampo has seen the benefit of national support through other ministries such as the presbytery’s two Korean congregations, training and Church Leadership Conference.

“Per capita comes back to us and we can’t function without it. People here didn’t realize how complex the work of the larger church is and what goes on,” she said. “We also understand that OGA can’t always control the budget. There are mandates from the General Assembly and committee assignments, forcing staff to get creative with the budget while still trying to do all of the work.”

“There are things that we can’t do and aren’t staffed to do on our own, and we need that larger group of specialists to help us,” she said. “Churches here understand that it would not be logical to do some of the work that the larger church is already doing.”

In the past, OGA has been reluctant to increase per capita apportionment rates to keep up with the annual increase of costs and the demand for increased services. From 2012 to 2020, the per capita rate increased an average of about 4% per year, but actual per capita income has decreased due to a loss of membership and/or churches not paying. The difference between per capita income and the expense budget has been covered by the use of reserve funds. But by the end of 2020, all available reserves will have been exhausted to supplement previous OGA budgets.

“We spend a good bit of time resourcing congregations directly, not just presbyteries and synods,” said the Rev. Jihyun Oh, OGA’s director of Mid Council Ministries. “While membership in the denomination has been decreasing, the amount of support which OGA provides directly has increased — in part due to the shrinking of mid councils’ capacity to resource congregations.”

The Rev. Dr. Amaury Tañón-Santos serves the Synod of the Northeast as synod networker. To him, a loss of per capita would limit the synod’s ability to bring people together.

“The burden would be that we would have to figure out the way to live into that which we understand ourselves to be as a regional community,” he said. “Having per capita frees us from having to figure it out and just go out and do it and gather people, listen and make those connections, for people to be encouraged and supported.”

Molly Casteel, OGA’s manager of equity and representation, says per capita is one of the ways in which we can reach beyond where any community might be able to see.

“If we’re serving an institution to help the church do its work and everything is the Lord’s, then money, too, is part of that world,” Casteel said. “Sharing our financial resources with one another is one of the ways that we demonstrate God’s love and trust and connection.”

“I could not do the work that I’m doing — and I don’t think some of the presbyteries and synods could do some of the work they are doing — without the per capita assessment,” she said. “We live out our faith within the congregation, and per capita is an assessment of all of those who come together to nurture our sister communities and congregations.”

The Rev. Dr. J. Herbert Nelson, II, is the Stated Clerk of the Presbyterian Church (U.S.A.).

Learn more about per capita at pcusa.org/per-capita-faq