Ecclesial health is critical for growth

Bible Explorations will be exploring the marks of congregational vitality. Learn more here. 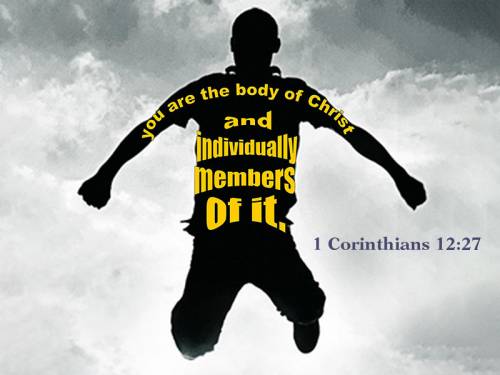 Parking lot meetings. Wealthy members with outsized influence. Inconsistent practices. Confusion about purpose and vision. There are lots of ways for a congregation’s systems to be unhealthy, and I suspect you could add to this list. Whatever the problem or situation, all do one thing: They undermine a church’s vitality.

Ecclesial health — the extent to which a congregation exudes good decision-making, centers on an appropriate mission and vision, and prayerfully discerns its future — is one of the seven marks of a vital congregation identified by the Presbyterian Mission Agency. And the epistle reading for Jan. 27 — 1 Corinthians 12:12–31a — has some great insights to guide churches toward more faithfulness in this area.

In the epistle, the author, Paul, draws out a metaphor to say that the church is like a human body. Each member of the church can be compared to a different body part — a foot, a hand, an ear, an eye. Each is needed, and God has put each exactly where it needs to be. In fact, Paul says, the parts of the body that seem less important actually have more honor.

That would have surprised Paul’s readers. After all, he didn’t come up with the idea of setting up different people as different parts of the body. Lots of writers did that. But when other writers described people as feet and heads, their purpose was to make sure everyone knew that the heads were VIPs and the feet were the lowest rung of society’s ladder.

A congregation without ecclesial health has members who measure each other up as VIPs or ladder-low rungs. The VIPs can insist that only they have the right to set the budgets or set the vision. If they don’t get their way in the meetings, they can make other plans in the parking lot meetings afterward. While others follow policy, the VIPs make exceptions to get their way. The low-rung members might be ignored, they might protest, or they might roll over and give in to the VIPs.

I am familiar with a church where the VIPs sat on the personnel committee. They were concerned about the conduct of a staff person, whom we’ll call “Chris.” Instead of talking directly with Chris, they met with the presbytery’s Committee on Ministry (COM). The COM also chose not to speak with Chris and agreed with personnel that Chris should be fired. When the congregation learned that Chris had been fired without due process, their outcry caused the whole decision to be reversed. It was a big mess!

What if, instead, the personnel committee had pursued ecclesial health via the model that Paul describes in 1 Corinthians 12? What if they realized what Paul knew — that the foot can’t say to the hand, “I have no need of you”? Paul reconfigures the classic idea of the body to say that the head and the foot are equal.

Under this perspective, when personnel became worried about Chris’ conduct, Chris would have been approached with not only questions but also respect. The personnel committee would have looked to gather all the information they could to make their decision about Chris’s future. It may be that Chris should have been fired, but the process would have been such that the congregation would not have had the concerns they had that caused the decision to be reversed.

Chip Hardwick is interim pastor at First Presbyterian Church of Lake Forest, Illinois. He is the former director of Theology, Formation & Evangelism for the PC(USA).