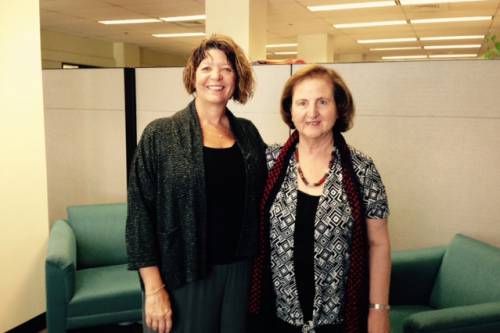 LOUISVILLE – As Syria’s fragile U.S./Russian negotiated cease fire agreement hangs in the balance, Presbyterian congregations are hearing about the work to help refugees who have remained in the region. Dr. Mary Mikhael, the first female president of a Middle East seminary and ruling elder with the National Evangelical Synod of Syria and Lebanon (NESSL), has begun a two-month visit across the country to share stories as well as encourage churches and other ecumenical groups to support those displaced by the armed conflict.

“Millions of people have been displaced. The church is doing its best to help but it is just a drop in the bucket,” said Mikhael. “There are a lot of needs to meet and the people are desperately in need.”

Since the conflict began in 2011, as many as 350,000 people have died and 11 million people have been forced to leave their homes. Many have relocated to Lebanon to avoid bloodshed while others have reached out to various countries including the U.S. Mikhael and others have been responding to the refugee crisis through advocacy and humanitarian aid in Lebanon.

“The children are not being cared for. They’re living in muddy camps or on the street begging for food, money, anything,” she said. “We are attempting to rescue as many children as we can. It is impossible as a church to serve all of the children because it is beyond our capacity and imagination.”

Last year, NESSL and other ecumenical organizations started four schools in Lebanon with plans to open a fifth. Mikhael says they are currently set up to help as many as 300 to 400 children over a two-year period.

“We bring them from camps and teach them the four main subjects: language, science, mathematics and ethics and provide them with a spiritual Christian atmosphere,” she said. “We do not preach to them. We are not trying to make them Christians even though we would love for them to be, it is not our purpose. Our purpose is to show them love through service.”

The long-term goal, according to Mikhael, is to create better human beings who can “look for life with hope.”

“We provide one meal a day for the children as well as snacks, clean water and medicine,” she said. “At the end of the day, we return them to their families. We hope we will succeed in this service for the glory of God and the safety of the children.”

Mikhael says the change has been obvious.

“They come dirty and don’t know how to behave,” she said. “They are cleaner now, eat better, behave and are happy. We try our best to provide them with lessons in ethics so they can grow up as normal, productive citizens. There are a lot of challenges but a lot of joy as well.”

Mikhael says the churches also reach out to the families to help meet their needs.

“We provide food baskets, medicine, clothes, hygiene products and we help with rent,” she said. “Many of those displaced do not want to live in camps so we help them rent small, simple homes or rooms.”

The outreach not only seeks to meet physical requirements but emotional needs as well.

“We have psychologists examine the children and provide for their emotional needs,” said Mikhael. “We also bring groups of professionals from universities, pastors and elders to hold seminars and help people learn how to handle tragic situations.”

Presbyterian Disaster Assistance has been involved in responding to the needs of displaced persons and refugees from Syria since the beginning of the Syrian civil war in 2011. Working with the ACT Alliance (Action by Churches Together) and NESSL, PDA has sent more than $296,000 for solidarity and rebuilding grants as well as the school project.

Mikhael began her U.S. tour with a visit to the Presbyterian Mission Agency in Louisville last week. She was critical of those she believes have contributed to the chaos and calls it a senseless conflict.

“What has Syria done that is worse than other countries?” Mikhael asked. “We believe there has been no legitimate reason for the conflict and all of the powers in the world will have to give account to God for those who are suffering.”

Mikhael urges churches to reach out to their government leaders to help stop the violence and will take that message to Washington, D.C. during her visit, where she will meet with U.S. government representatives at the State Department and several congressional offices.

“Syria has never been a democratic country. But for decades they’ve lived a life of relative freedom and security,” she said. “Now the word security has lost its meaning. Now, everyone has lost a sense of security.”

While the debate in the U.S. continues over the inclusion of Syrian refugees, Mikhael is grateful for the churches that have reached out to families in need.

“The mission of the church is to respond to the human needs of people,” she said. “But the need is much bigger than a family here or ten families there.”

For the churches in the Middle East who continue to provide ministry in times of conflict, the stress is real says Mikhael.

“They want to stay and maintain a ministry. What they face are threats to their present and future,” she said. “The churches want to stay and be effective but many are feeling they have no future.”

Click here for more information on the Syrian crisis. 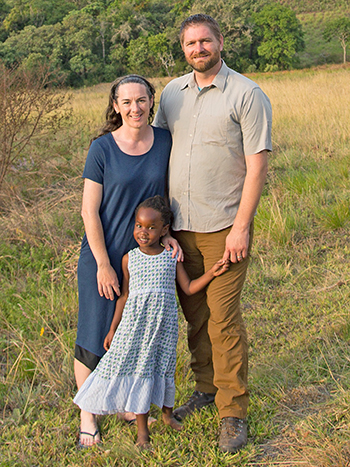