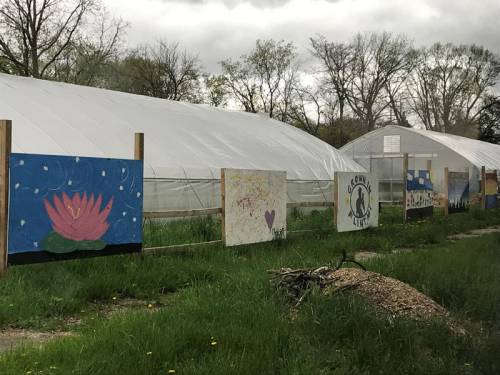 LOUISVILLE — If there wasn’t an organization like Creation Justice Ministries, Presbyterian Hunger Program coordinator the Rev. Rebecca Barnes says her ministry would want to create one.

“Presbyterian Church (U.S.A.) is a pretty strong member of Creation Justice Ministries and a founding member,” says Alonso, director of the group since its founding in 2014, though its roots extend much longer. “We work pretty hand-in-glove with the Office of Public Witness in terms of public policy priorities and then, obviously, with Rebecca Barnes, who is our board president and has connected us with Compassion, Peace and Justice ministries as well as Presbyterian Disaster Assistance and the Presbyterian Hunger Program, which is connected to Creation Justice Ministries through its grant program.

CJM, which was an outgrowth of the National Council of Churches in Christ in the USA’s eco-justice working group, provides an ecumenical collaborative space on Earth care concerns from educational programs and worship resources to public policy advocacy.

“They’ve been an important partner for the Hunger Program,” says Barnes. “Without them, we would certainly want to create the kinds of educational and worship resources that we are better able ecumenically to create and share, rather than reinventing the same wheel in our own denominations. We find common ground and create a resource which is a great process and hopefully can be used in lots of congregations.”

Both Barnes and Alonso came to CJM through previous iterations of environmental ministries that existed in the PC(USA) and the ecumenical environmental roundtable of the National Council of Churches. While CJM maintains a strong relationship with NCC, it became its own organization a number of years ago during a period of transition within the NCC.

Barnes worked in the PC(USA)’s environmental program from 2001-2004 and started again in 2011. The program was eventually folded into the Hunger Program.

“Caring for God’s creation and all people in it is at the root of alleviating hunger and its causes,” Barnes says. “When you care for natural resources — land, water, air — and the people as part of creation, you will naturally have more well-nourished communities, tighter-knit communities, better safety nets. The reverse is true too, that where you see communities decimated by environmental racism, there are often compounding issues of hunger and poverty.”

Around the same time, the environmental arm of the NCC — which Alonso had been involved with, turning a lifelong interest in ecumenical social justice into a vocation — was becoming its own organization. When Creation Justice Ministries was formed in 2014, Alonso says several board members approached her about applying to be the executive director.

Now, CJM’s office is in the United Methodist Building in Washington D.C., the only non-governmental building on Capitol Hill. The facility also houses the PC(USA) Office of Public Witness, as well as Washington offices for the Episcopal Church, Lutheran Church, Islamic Society of North America and others. 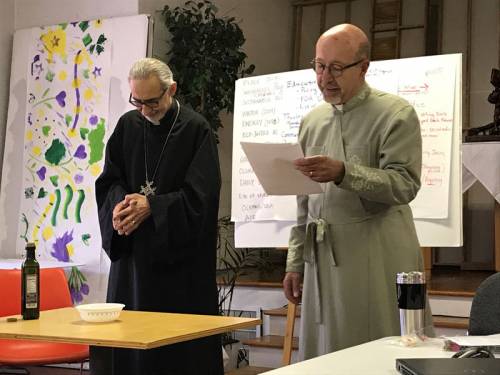 “Our main mission is to connect religious leaders with decision makers on matters that are most important to the churches, that we have said in community we will work on together,” Alonso says.

Barnes concurs: “It carries more weight to say we’re speaking as 38 Christian communions than as one denomination.”

Environmental justice is an area where diverse faith groups often agree, allowing for a unified voice and the ability to create resources such as Earth Day study guides that can be used across faith traditions. 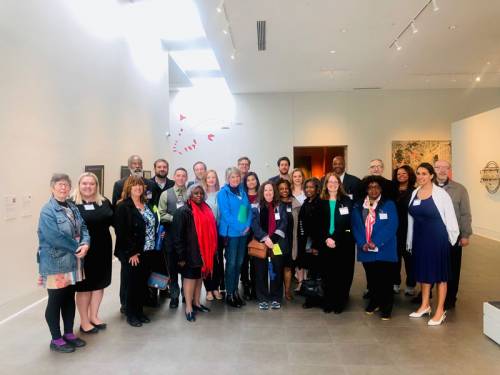 The board intentionally includes members from all its constituent groups. Its most recent meeting was in Flint, Mich., a city which has dealt with catastrophic water issues — particularly dangerous levels of lead in the city’s drinking water.

The meeting included an in-progress screening of “Flint: The Poisoning of an American City,” by director David Barnhart for Presbyterian Disaster Assistance’s Story Productions. Barnes and Alonso say participants said the documentary was a great primer for getting to know the city before they engaged with it.

“I think it was really important to meet in a local community and go out and see some of its leaders so that we’re always grounded to the needs of communities facing environmental destruction, contamination or disasters,” Barnes said. That way, “We’re never so far away and creating resources in a vacuum that sound nice and talk about God’s creation but don’t lift up the voices of local leaders or issues facing a community here and now.”

Alonso says Flint represents a number of issues central to Creation Justice Ministries’ work, including water issues and environmental racism. The latter is a growing issue in the environmental movement, but Alonso notes it has deep roots in the organization.

“Thinking about our concern for the most vulnerable and marginalized started in the National Council of Churches in the 1980s,” Alonso says. “Our perspective was informed not only by the stories that we were hearing from the churches about air pollution and water pollution and toxic waste exposures, but it was also through an empirical study commissioned through the United Church of Christ in 1987 entitled ‘Toxic Waste and Race.’ It was the country’s first study that empirically proved that the strongest demographic factor that correlated to living near a toxic waste site was race, regardless of rural or urban or economic status.”

Alonso adds that the study was followed by other work, including a statement about environmental racism from the PC(USA). 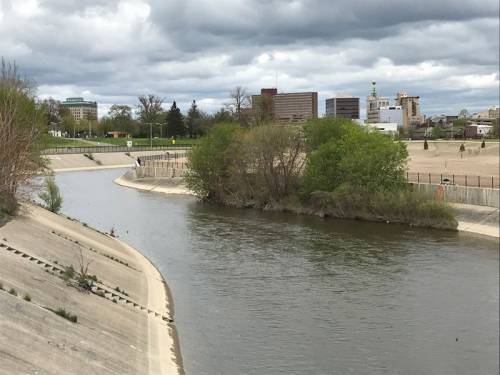 In Flint, Alonso and Barnes say they saw impacts such as the lack of access that people who are undocumented have to safe water and information in Flint because many resources are not written in Spanish. Often distributors have to keep a record of who they serve, making many leery of giving their names and information.

All of that says that there is a lot of work to be done, and CJM is looking to the future, both in terms of issues and leadership.

Upcoming efforts by CJM include a focus on youth, including support of the youth climate lawsuit Juliana vs. U.S., which takes the government to court on constitutional grounds for climate change.

“There’s a lack of information and outreach to a lot of young people that would really get into this if they were exposed to it,” Alonso says. “So, part of our goal through these leadership trainings this fall is to reach more young people.”

The environment has become a leading issue among Millennials and younger people who say they will bear the brunt of climate change impacts. Alonso says building up young leaders will be the focus of upcoming leadership training events in the late summer and early fall.

For Barnes, it all speaks to the importance of faith communities coming together on important issues such as creation justice.

“Ecumenism really hits a groove when you share a common passion and commitment,” Barnes says. “So, you don’t just gather because we love to be church people together. … It’s fun to be with colleagues like that, and not just because it’s interesting, but because we believe we’re better together as we serve the world around us.”