Make A Donation Click Here >
Home › Presbyterian will be the first woman to serve as U.S. House Chaplain 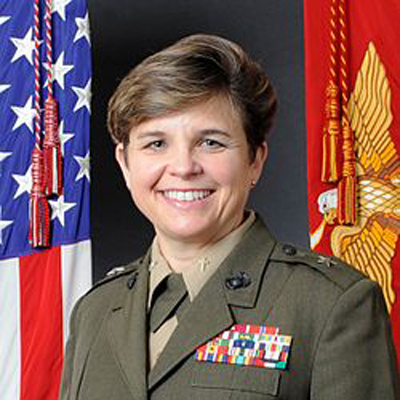 LOUISVILLE ­— Retired Rear Admiral Margaret Grun Kibben, a Presbyterian who served as chief of chaplains in the U.S. Navy and chaplain of the U.S. Marine Corps, was named Thursday by Speaker Nancy Pelosi as Chaplain of the U.S. House of Representatives.

According to a news release from Pelosi’s office, Kibben is the first woman to be named House Chaplain in the 231-year history of the position. She succeeds Father Pat Conroy, who is retiring.

Pelosi said Kibben’s “integrity, experience and patriotism will serve the Congress and the country well as she ministers to the needs of Members.”

Kibben entered active duty through the Navy’s Theological Student Program. She holds a Bachelor of Arts degree from Goucher College in Towson, Maryland; Master of Divinity and Doctor of Ministry degrees from Princeton Theological Seminary; and a Master’s in National Security and Strategic Studies from the U.S. Naval War College in Newport, Rhode Island.

In her final active duty assignment in the Navy, Kibben was the Navy’s 26th Chief of Chaplains. Before that, she was the 18th Chaplain of the U.S. Marine Corps. She also served as the senior chaplain in Afghanistan.

In 2018, she addressed the 223rd General Assembly of the Presbyterian Church (U.S.A.) on the day she celebrated her 35th anniversary as a Navy chaplain. 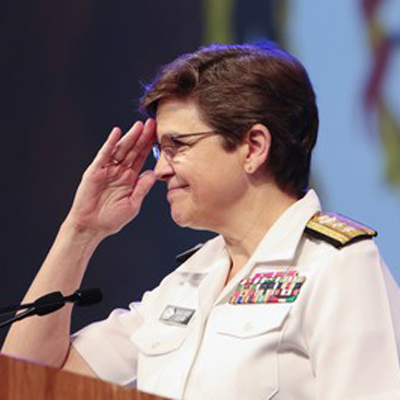 Military chaplains, she told commissioners that day, serve not only people from diverse religious traditions but also have many people in their charge who have no religious background. “Many men and women we deal with have never darkened the door of a church, a mosque or a synagogue,” she said.

Nevertheless, Kibben said, chaplains are called to “care for each soul in our command and our service.” She said chaplains have a unique opportunity to provide a listening ear to military personnel in need. “We have access to every space, every place and every office where people serve, and can come alongside them,” Kibben said.

Kibben told commissioners that when young people leave their congregations to serve in the military, they can count on chaplains to help with their spiritual needs. She encouraged those present to suggest military chaplaincy as a vocational option for people who believe they are called to ministry.

“If there is any dissonance there, forgive me, but think about it very deeply,” she said. “Christ calls us to serve the people who need it most.”