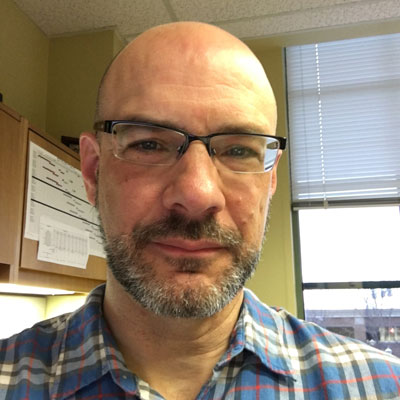 LOUISVILLE — The board of directors of Presbyterian Publishing Corporation has announced that effective July 1 David M. Dobson will be the new president and publisher.

The board selected Dobson, who is currently associate publisher of the organization, after conducting a national search. He will succeed current president and publisher Marc Lewis, who is retiring June 30 after a 20-year tenure with PPC.

As editorial director, Dobson has overseen the launch of several new product lines and resources, including a new line of books for general readers that focus on social justice and inclusion, as well as the new nine-volume lectionary commentary series titled “Connections: A Lectionary Commentary for Preaching and Worship.”

In January 2018 Dobson was promoted to associate publisher, overseeing the editorial, production, marketing and operations departments of PPC. Having this depth of experience in the organization leaves him uniquely qualified to lead the organization into a successful future.

The Board of Directors of the Presbyterian Publishing Corporation will celebrate Dobson’s appointment at its summer meeting. The Rev. Mary Gene Boteler, chair of the board, commented, “David has been an effective and visionary leader who is held in high esteem by the members of the board, the staff of PPC, as well as the staff of the PC(USA).  He is well prepared to lead PPC into its publishing future.”

Regarding his appointment, Dobson said, “It’s an honor to be given the opportunity to lead an organization with such a deep and treasured history as PPC. Whether through our WJK book imprint or our curriculum or The Thoughtful Christian website, we’ve tried to serve the needs of the church and academic communities while also bringing important conversations around religion and society to churchgoers and the general public. I look forward to working with our excellent staff to find new and innovative ways to continue this important mission.”

Dobson is married to Myriam Denoncourt-Dobson. They have two adult children.

The Presbyterian Publishing Corporation is the official publisher of the PC(USA). Since its beginning as the Presbyterian Board of Publication in 1838, PPC has served generations of clergy, scholars, students and laypeople. PPC is composed of Westminster John Knox Press, the academic, trade, and clergy book publisher; These Days, a daily devotional magazine; Geneva Press, for curriculum resources; the online retail sites PCUSAStore.com and TheThoughtfulChristian.com; and the children’s book imprint Flyaway Books. With the addition of Congregational Ministries Publishing curriculum staff in a 2018 merger, PPC now has a staff of 40 publishing professionals.