Rev. Dr. Lamar Williamson Jr. was known first and foremost as “a man of God” 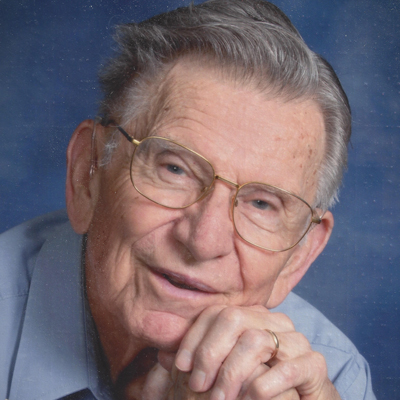 LOUISVILLE — The Rev. Dr. Lamar Williamson Jr., beloved Presbyterian pastor and educator and a former mission co-worker in the then-Belgian Congo, died peacefully on July 11 in Black Mountain, North Carolina. He was 94.

In his obituary, his family lovingly described him as “first and foremost, a man of God whose love of the Lord was seconded only by is love of his wife and family, all enriched by his love of knowledge and his extraordinary wit.”

A native of Monticello, Arkansas and a veteran of the U.S. Army, he enrolled at Union Theological Seminary (now Union Presbyterian Seminary) in Richmond, Virginia, receiving his Master of Divinity in 1951. In 1948 he was a PCUS youth delegate in the first General Assembly of the World Council of Churches in Amsterdam.

He married Ruthmary Bliss in 1949 and they had their first child, Fred, in 1950. In 1952 he earned a Bachelor of Theology in Montpellier, France. He then served as pastor at Hilton Presbyterian Church in Harveyton, Kentucky. He and Ruthmary had two more children, Martha (1953) and Ruth (1955).

In 1956 Lamar and Ruthmary accepted a mission appointment to the Belgian Congo. The family lived in Brussels, Belgium, for a year, then moved in the fall of 1957 to Kankinda in the Belgian Congo, where Lamar taught at a newly established seminary, the Ecole de Théologie de l’A.P.C.M. During the upheaval of national independence in 1960, the family returned to the U.S., where he earned his doctorate in religion at the Yale Divinity School. In 1962, they returned to the renamed country of Zaire, where Lamar taught four more years at the Institute Supérieur de Théologie in Kananga until the summer of 1966. 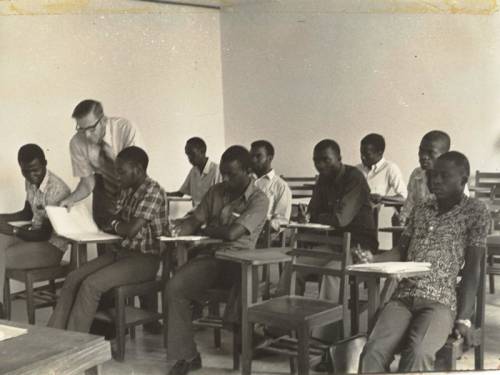 They returned to the States, settling in Richmond, Virginia, where Williamson served as visiting professor of New Testament at Union Theological Seminary from 1966-67, and then continued as a professor at the Presbyterian School of Christian Education (now part of Union Presbyterian Seminary) from 1967 to 1992. In 1972-73 he spent his sabbatical year as visiting professor at the Faculté de Théologie Protestante in Kisangani in the Democratic Republic of the Congo. After retiring in 1992, the Williamsons spent two years in Zaire, teaching at Faculté de Théologie Réformée au Kasai, Kananga. They retired to Montreat, North Carolina.

Williamson is known for producing two commentaries: “Mark: Interpretation: A Bible Commentary for Preaching and Teaching,” published in 1989, and “Preaching the Gospel of John,” published in 2004. He also self-published a 1992 tribute to a former student who was killed in an uprising, “Ishaku: An African Between Two Worlds.” Other publications include “Prayers for My Village,” “A Book of Reformed Prayers,” “God’s Work of Art: Images of the Church in Ephesians,” “Mastering New Testament Facts,” and “Mastering Old Testament Facts.”

Long after his retirement, Williamson remained active on the Board of Union Presbyterian Seminary and in close contact with the seminaries in the Democratic Republic of Congo and the scholarship fund he set up in Ishaku’s name.

“I met Lamar on my very first trip to the Montreat Conference Center,” Union Presbyterian Seminary President the Rev. Dr. Brian Blount said in a statement. “In my early years as a professor of New Testament, I had been invited to preach at a text conference. I chose the Gospel of Mark as my primary text. Because I deeply valued (and still do!) Lamar’s commentary on the Gospel, I quoted from it several times during my first sermon in Anderson Auditorium. Following the service, I noticed my then faculty colleague, Pat Miller, coming forward to greet me, a friend of his in tow. Given the respect I clearly showed for the scholarship in the commentary, Pat wanted me to meet the commentary’s author. And so began my enduring friendship with Lamar, a friendship that blossomed throughout my ministry at Union Presbyterian Seminary. While Lamar had retired by the time I began my tenure as seminary president, I enjoyed many opportunities to visit with him, converse with him, and continue to learn from him. I am one of so very many who will miss his gentle presence, his wise counsel, and his enduring support.”

Heath Rada, former General Assembly Moderator and the former president of the Presbyterian School of Christian Education at UPS, said this: “Lamar Williamson was a humble giant. He was bold, willing to stand for justice, able to hold his own with any biblical scholar, a master teacher, writer, and author, unimpressed by worldly possessions, a dedicated husband and father, valued colleague and inclusive of all of God’s children, and loved Jesus with his whole heart. He never backed down when he believed his position to be appropriate, yet he was quick to admit when he was wrong. Never expressing pride in his achievements, he was the first to honor others or to seek forgiveness if he felt he may have wronged or hurt another. He embodied love like few people I have ever known. He was the perfect mentor.”

Due to COVID-19, the celebration of his life planned for Black Mountain Presbyterian Church and the interment of his and his wife’s ashes at Oakland Cemetery in Monticello, Arkansas has been indefinitely postponed.

In lieu of flowers, the family has asked for donations to the Black Mountain Home for Children; the Friends of IMCK, which is the Christian Medical Institute of Kasai; or to the charity of your choice.