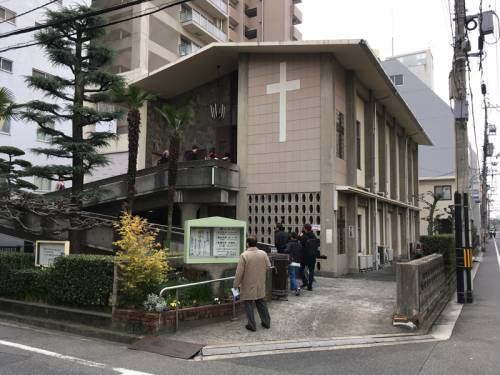 Aug. 6 and 9 will mark the 75th anniversary of the U.S. bombings of Hiroshima and Nagasaki. (Photo by Thomas Goetz)

LOUISVILLE — With the 75th anniversary of the U.S. bombings of Nagasaki and Hiroshima drawing near, the Washington office of the Presbyterian Church (U.S.A.) is drumming up support for legislation to keep the testing of nuclear explosives a thing of the past.

The Office of Public Witness (OPW) wants members of the public to urge their U.S. senators to co-sponsor and vote for the Preserving Leadership Against Nuclear Explosives Testing (PLANET) Act, introduced by Senator Ed Markey, a Massachusetts Democrat.

The act would block funds from being used for nuclear testing and prevent the administration of President Donald Trump from causing what OPW refers to as “a global return to testing.”

OPW issued an Action Alert after a report that the Trump administration is considering ending a moratorium on such testing.

“Renewing testing could cause other nations to feel threatened, aggravate our allies, and potentially open the door to another destructive arms race,” OPW notes. “The only country that has conducted nuclear tests this century is North Korea.”

The 75th anniversary of the U.S. bombings of Hiroshima and Nagasaki ­— coming up on Aug. 6 and 9 — will serve as a somber reminder of the devastation that nuclear explosives can cause, from immediate death to side effects such as cancer.

The Encyclopaedia Britannica describes the attacks this way: “On August 6, 1945, an atomic bomb carried from Tinian Island in the Marianas in a specially equipped B-29 was dropped on Hiroshima, at the southern end of Honshu. The combined heat and blast pulverized everything in the explosion’s immediate vicinity, generated fires that burned almost 4.4 square miles completely out, and immediately killed some 70,000 people (the death toll passed 100,000 by the end of the year). A second bomb, dropped on Nagasaki on August 9, killed between 35,000 and 40,000 people, injured a like number, and devastated 1.8 square miles.”

The International Campaign to Abolish Nuclear Weapons (ICAN) notes that, “In Hiroshima and Nagasaki, most victims died without any care to ease their suffering” and “some of those who entered the cities after the bombings to provide assistance also died from the radiation.”

Despite the human toll of those bombings in Japan, the United States conducted more than 1,000 nuclear tests from 1945-1992 while involved in an arms race with the Soviet Union, according to OPW.

“Nuclear tests endanger the health of humans and threaten God’s Creation,” according to the Action Alert.

The Washington office also noted that the 223rd General Assembly (2018) called upon the PC(USA) to “renounce any policy that threatens the death of millions of God’s children in any land with a single command and a single warhead.”

OPW is asking churches to commemorate the bombings of Nagasaki and Hiroshima with sermons or prayers or in other ways, such as reading stories from survivors.