New mission co-workers circle up to discuss mission in partnership 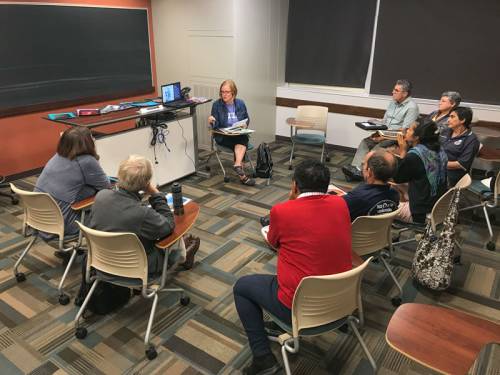 The 114th NWMC, held on the campus of Westminster College in New Wilmington, Pa., brought together 600 people from 34 states and 24 countries for all or a portion of the weeklong gathering. The 2019 conference theme was Hebrews 12:2,  “looking to Jesus the pioneer and perfecter of our faith.” During the week, the biblical theme came to life through creative programming for all ages, infants through adults.

Ellen Sherby, coordinator, Equipping for Mission Involvement for Presbyterian World Mission, led a workshop titled “Presbyterian Mission: Then and Now” as part of orientation for Presbyterian Church (U.S.A.) mission workers and long-term volunteers who are either new to mission service or new to the particular geographic areas and global partners.

As part of the workshop icebreaker, Hery Ramambasoa, regional liaison for Southeast Asia and the Pacific, chose a photo of a baby bird preparing to leave its nest. (Photo by Tammy Warren).

As an icebreaker, Sherby asked mission co-workers to choose a photograph that represents mission to them. She then asked them to share one thing that they are concerned about and one thing they are looking forward to as they go into or return to mission service.

Hery Ramambasoa, regional liaison for Southeast Asia and the Pacific, chose a photo of a baby bird. He said a baby bird is dependent upon others to help it take flight and go out into the world. Just like the small bird in a big world, he will have quite a large region, including Myanmar, Thailand, Cambodia, Laos, Singapore, Vietnam, Indonesia and the Philippines, which he said both concerns him and excites him.

During the discussion, Mark Hare and Jenny Bent, mission co-workers in Costa Rica who previously served in the Dominican Republic and Haiti, shared that with mission the traditional “then” approach is to look at mission as a series of “to-dos” or “problems to solve.” They have discovered and have been using an “assets-based” approach that asks, “What do we and our communities have going for us?” 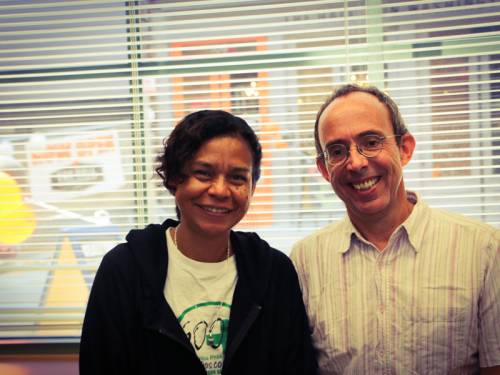 “When we go into a community, the traditional [then] approach is to look at everybody’s glass and say, ‘Oh, look at what you don’t have,’ completely ignoring the fact that every single one of those glasses has something in it,” Mark explained. “The assets-based [now] approach is to first ask, ‘What’s in your glass?’ Starting with a question rather than an assumption changes everything about how you personally think about the community and, hopefully, how the community defines themselves.”

The mission history portion of the workshop covered Presbyterian mission, beginning in the 1830s to today, including the General Assembly’s 2003 policy statement, Presbyterians Do Mission in Partnership, and the Matthew 25 in the PC(USA) Invitation to act boldly and compassionately to serve people who are hungry, oppressed, imprisoned or poor, so that our faith comes alive and we wake up to new possibilities. It’s an invitation of both the 222nd and 223rd General Assemblies (2016 and 2018).

Sherby said she likes to think of God’s mission as “one table” where all can gather to tell and receive stories of God’s love, build peace and work for justice. She sees mission personnel as “bridge people,” connecting Presbyterians and others in the U.S. with global partners in God’s mission.