Effort highlights racial progress and disparities in the agency 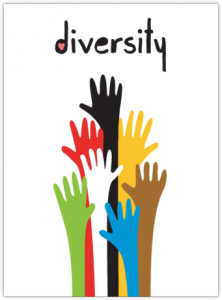 LOUISVILLE — Acting on referral 11–24 of the 222nd General Assembly (2016) of the Presbyterian Church (U.S.A.), a team from the Presbyterian Mission Agency (PMA) is preparing to report on its race audit in the first quarter of 2018.

The Rev. Samuel Son, manager of diversity and reconciliation, is advancing the work previously proposed to the PMA leadership cabinet. While the original audit plan called for a four-phase analysis, the team is preparing to report on two criteria: a 2017 staff survey and subsequent interviews, and data collected from the human resources department including statistics on hiring, termination, promotions and employee movement.

Preliminary results from the survey show a dramatic decrease in employees who reported racial discrimination at work, down from 20 percent in 2001, when a similar questionnaire was circulated, to just 5 percent in 2017. Yet these same results indicate white staff feel more valued by their colleagues than staff members of color. The team believes this disparity will require more analysis.

“We feel these initial results may not tell the whole story,” says Son, noting that interview data has not yet been compiled. Additional race audit team members Yesenia Ayala, Barry Creech, Ruth Gardner, Alonzo Johnson, Mike Kirk and Bridgette Lewis were selected to represent a broad racial cross-section of PMA employees in order to better interpret the results and scan for bias, implicit or explicit.

Son says the goals of the audit are twofold. First, the team hopes the PMA can model an effective and open process for mid councils, congregations and other settings of the church. Second, the group would like to prepare an easy-to-use toolbox by which others can conduct their own race audits.

Son hopes a race audit can become part of the process for ongoing evaluation. “It has to be part of an organization’s life — helping the organization become self-learning.”

More information on the results of the PMA race audit will be published as it is made available.