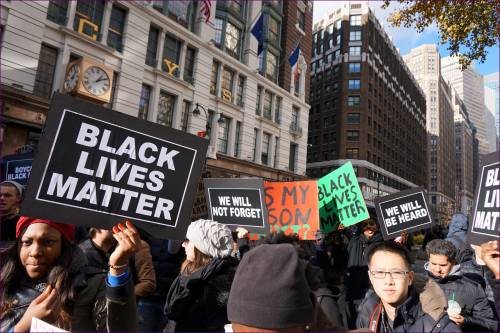 LOUISVILLE – The executive committee of the Presbyterian Mission Agency Board of the Presbyterian Church (U.S.A.) voted Aug. 25 to direct designatable funds from its fall board meeting’s Peace & Global Witness offering to the “On Taking Specific Action to Address the Worsening Plight of the African American Male” initiative.

The move is in support of the overture approved by the 222nd General Assembly (2016) of the PC(USA). The Presbytery of Pittsburgh brought the overture to the Assembly with concurrence from the presbyteries of Charleston-Atlantic, Lake Erie, New York City, Upper Ohio Valley, and the Western Reserve. Pittsburgh is one of five pilot cities for the initiative along with Baltimore; Charlotte, North Carolina; Cleveland; and New York.

“This is an encouragement to the whole church to take the General Assembly’s action seriously and to formulate a coherent and structured response on the part of our denomination to the needs of African American males,” said Tony De La Rosa, interim executive director of the Presbyterian Mission Agency. “This, I believe, is a form of denominational response to the Black Lives Matter movement, where we show our attempt to bring about fundamental change and exhibit the kingdom of God, as our Great Ends call us to do.”

Congregations are encouraged to contribute the 25 percent of the Peace & Global Witness Offering they would normally retain for use in their settings to funds established by the Presbyterian Foundation through which monies will be disbursed equally to presbytery programs in each of the five pilot cities. The overture specifies a target goal of $5 million — $1 million for each of the cities — and support from PMA and Presbyterian Disaster Assistance resources.

Sheldon Sorge, general minister to Pittsburgh Presbytery, says some of the groundwork required to begin is in place in Pittsburgh and approval by the assembly provided a much-needed boost, along with financial mechanisms, to begin the work. Immediately following General Assembly, Sorge assembled a Belhar Confession study group — with 40 attendees from 20 congregations — to look at the document in light of the anti-racism initiative.

“We felt it was a ‘kairos moment,’” Sorge said of the timing, with the adoption of the overture coinciding with the election of female co-moderators and the adoption of Belhar. “The way we shape programs in each presbytery is going to be unique. We [in Pittsburgh Presbytery] have a team of people who will be looking at which agencies we will work with, and two full-time staff people who take the lead on mapping out fundraising and doing the legwork of the program.”

Initial stages of the initiative for Pittsburgh Presbytery include relationship building and mission planning among racially diverse congregations, continuing work with the National Black Presbyterian Caucus, and exploring partnerships with local organizations including My Brother’s Keeper and the Boy Scouts of America, which Sorge says has a strong presence in African-American communities.

“We certainly have energy and movement here in Pittsburgh,” Sorge said. “There are some things happening in the other presbyteries as well. We may be a little further ahead, but that’s because we had a team of people that prepared the overture.”

The Peace & Global Witness Offering is one of four Special Offerings of the PC(USA), supporting the church’s commitment to peacemaking and engaging with global partners in new initiatives of reconciliation. Traditionally received on World Communion Sunday, it strengthens collaboration with churches, mid councils and mission partners all over the world.

Historically, 25 percent of Peace & Global Witness Offering funds stay in congregations and 25 percent goes to mid councils for peace and reconciliation work in their own communities. The remaining 50 percent is used by the Presbyterian Mission Agency to engage in ministries that transform cultures of violence into communities of peace. The PMAB is designating its offering, the portion normally reserved for congregational and presbytery use, to the initiative.