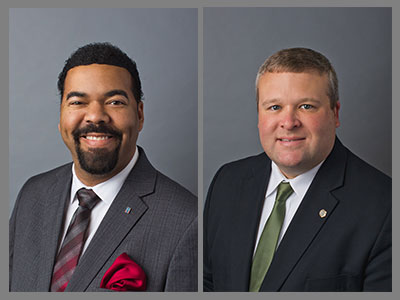 Ministry Relations Officers are financial and gift-planning professionals who are called to work with pastors and church leaders to cultivate generosity and promote stewardship within their congregations. They are also church leaders, having served in many capacities in their churches and in the denomination.

Hay lives in Peachtree City, Georgia, and serves Tennessee, Alabama, Mississippi, Georgia, Florida and Puerto Rico. He has worked for the Foundation since 2012.

“Both Robert and Olanda have developed deep relationships with the congregations in the regions that they serve, and we are grateful for their excellent skills and leadership,” said Tom Taylor, President and CEO of the Foundation. “We are confident in their expertise and connections, as well as their commitment to the cause of Christ and their passion for helping to resource ministries and welcome them into advanced roles that will allow them to serve as leaders among colleagues here at the Foundation and in the PC(USA).”

The Presbyterian Foundation gathers, stewards and distributes funds for mission. A vital part of the Presbyterian Church (U.S.A.), the Foundation strengthens congregations and related mission and ministry efforts by developing gifts and managing funds on their behalf.