‘Around the World with PDA’ debuts Thursday on Facebook 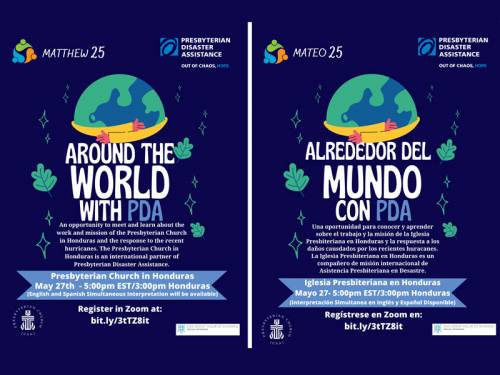 The online series “Around the World with PDA” debuts Thursday in English and Spanish.

LOUISVILLE — There’s a new way to get to know the dynamic partners of Presbyterian Disaster Assistance (PDA) and how they’re working alongside people throughout the world.

“Around the World with PDA,” an online series, debuts at 5 p.m. (EDT) Thursday, with an episode that will focus on efforts to uplift and support the people of Honduras in the wake of natural disasters, such as hurricanes Iota and Eta, as well as COVID-19.

“The idea behind these webinars is to put more attention on our partners, to recognize their work and to recognize what they’re doing in their communities,” said the Rev. Edwin González-Castillo, PDA’s Associate for Disaster Response in Latin America and the Caribbean. 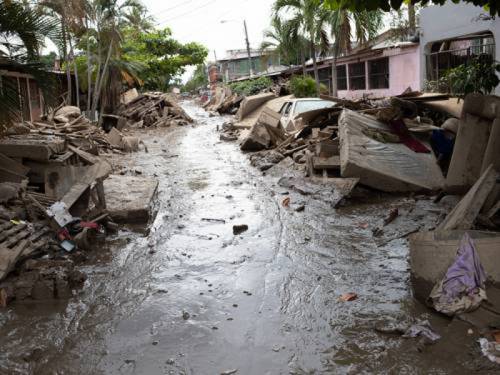 Following back-to-back hurricanes in Central America, the needs have been great. Sean Hawkey

In the past several months, Iglesia Presbiteriana de Honduras has provided various assistance, including food baskets and medical brigades that travel to rural areas, and is starting a project to address food insecurity by providing seeds and soil to communities to grow their own food.

“Our churches sometimes hear about these partners in an article, being mentioned, or sometimes they hear, ‘Oh, PDA is working with a partner in Honduras,’” González-Castillo said. “But they rarely get to see their faces, have time to hear their stories (or) even ask questions of them directly.”

But there will be time to do that during the online series and to catch up on happenings that traditional news outlets sometimes miss. Though millions of people in Central America were affected by the November storms, U.S. media coverage was not extensive, González-Castillo said. PDA’s new series will help to call attention to the fact that “there are people who are suffering.” 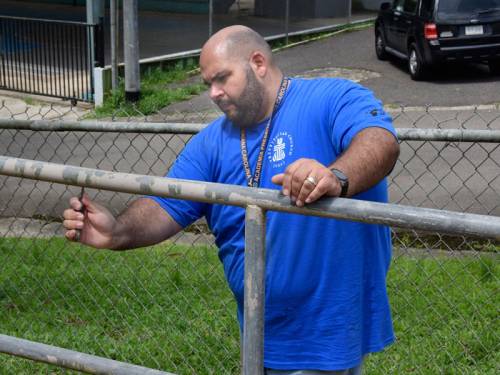 PDA has provided solidarity grants and other assistance in the affected region and is involved in long-term recovery efforts. Being able to work with partners and recognize their importance is part of what it means to be a connectional church, González-Castillo said.

“As a body of Christ, all parts are important,” he said. This series is a way of “celebrating that and putting out there that there are needs, there are situations, but also there are amazing people doing amazing work in their communities.”

Thursday’s webinar will be available in English and Spanish. The English version will go live on PDA’s Facebook page. The Spanish simulcast will appear on the Facebook page dedicated to the Compassion, Peace and Justice ministries. To register for the program, go here: bit.ly/3tTZ8it.

PDA is one of the Compassion, Peace and Justice ministries of the Presbyterian Mission Agency. It is supported by your gifts to One Great Hour of Sharing.