LOUISVILLE – As Orlando continues to reel from Sunday’s mass shootings, Presbyterian Church leaders are lifting families, the LGBTQ community and the entire community in prayer.  As many as 49 people were killed and dozens wounded in the early morning hours yesterday at the Pulse Orlando Club. The lone suspect, identified as Omar Mateen, 29, of Fort Pierce, Florida, was killed in an exchange of gunfire with police. Authorities are still investigating the motive behind the killings, trying to determine if it was an act of terrorism. 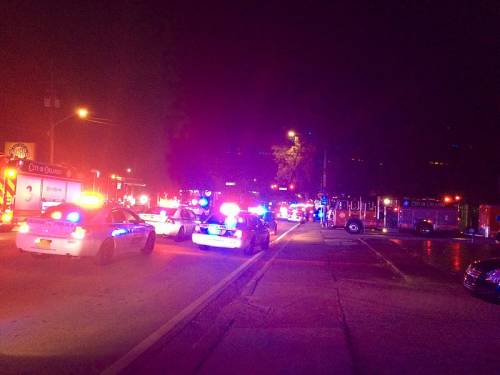 Meanwhile, the Presbytery of Central Florida has been reaching out to churches in the community to determine needs for congregations.

“It’s been a shock to the system as far as the city is concerned. The whole image of Orlando as a happy place for people to come and get away from this has been shaken,” said Dan Williams, executive presbyter. “This event, the largest mass shooting in American history, has been sobering and the whole community is on edge and upset.”

Williams says he’s talked with most churches in the region and found one congregation dealing with a personal loss.

“One congregation has a member whose cousin was the one texting his mom from the club bathroom as the gunman made his way through the facility,” said Williams. “We learned the middle of the day yesterday, that he was among the deceased.”

Williams adds that the situation continues to change by the hour and it is hard to determine what the next steps will be.

“We have to wait and see what the needs are going to be moving forward,” he said. “The situation is so fluid right now, no one has a clear handle on it. The mayor’s office has asked that we hold back on any public vigils because they don’t have the police resources available to provide coverage for large gatherings, so we’ve passed that word around.”

Presbyterian Disaster Assistance leaders have reached out to Williams, offering assistance as needed.

“We are responsive in public violence events, not reactive. We work through the presbytery and congregations and support the local faith community as it seeks to be a presence for healing, wholeness and support,” said the Rev. Dr. Laurie Kraus, PDA coordinator. “We don’t rush in because that is not helpful in a public violence setting. We offer support and let the local leaders decide what they need, if they need and then respond. Otherwise, we become part of the chaos that needs to be managed and that is not our intention or mission.”

Kraus says communities facing massive, horrific trauma like Sunday’s shootings, are impacted both physically and spiritually by what has happened. While telling the story of what has happened is an important part of healing and meaning-making after violence,the continuous replaying of images or telling of stories can heal as well as intensify the trauma.

“The people who provide spiritual and emotional care are on the front lines of a trauma like this,” she said. “Those who set up vigils, listen to stories or care for families who have lost loved ones or see family members suffer, can also be wounded by what they see and hear. They are depleted. That’s where PDA can come in to support.”

Williams says he expects to talk with PDA officials later this week about long term support for the community.

“We are just trying to be in a position that even in a very dark moment, we can be a light of hope,” he said.

PDA does not make direct appeals for funding following public violence events, out of respect for the nature of the disaster and its public impact, but does commit funds to recovery efforts. Those interested in making donations to support the community’s efforts to help can go to the PDA website and direct contributions to account number DR000188.