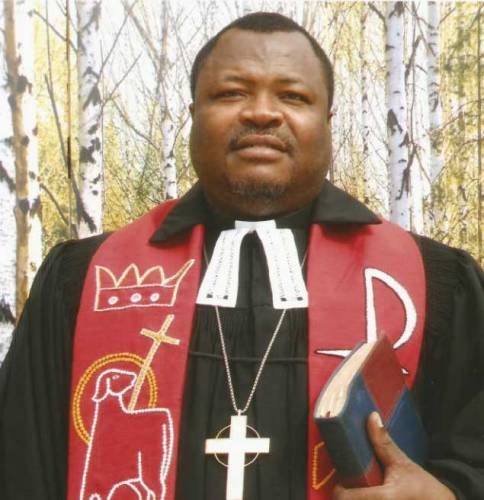 LOUISVILLE — The Rt. Rev. Fonki Samuel Forba, moderator of the Presbyterian Church in Cameroon, issued a statement yesterday urging peace and dialogue in response to ongoing persecution and marginalization of the country’s Anglophone population. The Presbyterian Church (U.S.A.) is an ecumenical partner of the PCC and has previously engaged in advocacy on the church’s behalf.

Conflict has arisen in Cameroon as the French-speaking majority continues to exert power and authority over the English-speaking minority. Up to 17 protestors were killed by government forces Oct. 1, while celebrating the 56th anniversary of Cameroon’s reunification in 1961, following colonial rule by France and England.

Forba said, “[T]he deliberate deleting of the Anglophone culture, dignity and values amongst many other intentional political manipulations from the Plebiscite (Feb. 11, 1961) to the Foumban Conference (May 20, 1972) are attempts to hide a historical fact that, once upon a time, two peoples mutually agreed to live together under international legal instruments.”

Earlier this year, PC(USA) officials wrote a letter urging prayer as leaders of the Presbyterian Church in Cameroon and other Anglophone-majority denominations were summoned for court appearances. Penned by the Rev. Denise Anderson, Co-Moderator of the PC(USA); the Rev. Jose Luis Casal, Director, World Mission; the Rev. Debbie Braaksma, Africa Coordinator, World Mission; and Jeff Boyd, Regional Liaison for Central Africa, the letter read, in part:

“Please pray that Cameroon’s public officials and judicial officers will deal justly, wisely and compassionately with the concerns being raised by Anglophone Cameroonians, so that a spirit of unity and cooperation may be restored and all of the country’s citizens may enjoy fully their civil and human rights. Please pray particularly for the leaders of the Presbyterian Church of Cameroon, the Roman Catholic Church of Cameroon and the Cameroon Baptist Convention as they appear in court to defend the actions of their respective churches.”

Foba’s resistance to the persecution of the English speaking population speaks to the direct manner in which they are being suppressed, through the use of military force and other measures.

“The government of the Republic of Cameroon needs to be reminded that one cannot contain a social and political consciousness by military force,” he said, adding, “The PCC calls for the demilitarization of the two Regions, the cessation of arbitrary arrests and breaking into private homes, the release of all those in detention and a special disbursement of funds for hospital bills to heal the wounded, the sick and the dying.”

While falling short of calling the persecution a civil war or genocide, Foba called attention to the particularly brutal measures being taken that arise from a “family fight,” asking for an independent commission to investigate.

“By common sense, the superiority of the weapons employed for a ‘family fight’ is different from the weapons employed when fighting a foreigner with equal strength. The PCC calls for an Independent Commission to investigate the atrocities committed by the military and hold those who are guilty accountable according to the law enforced,” he said.

In an email relaying Foba’s letter, Boyd asked PC(USA) congregations to “join in the minute of silence in their worship services as this letter calls for PCC congregations to do” as a “sign of solidarity with those seeking peace and reconciliation through honest conversations.”

Updates on this situation will be published as Presbyterian News Service obtains additional information from the Presbyterian Church in Cameroon, PC(USA) World Mission co-workers and partners, and ecumenical officials.

The full text of the statement, issued by the Rev. Fonki Samuel Forba, moderator of the Presbyterian Church in Cameroon, dated October 10, 2017:

At a time when fear and uncertainty are looming in the air, at a time when emotions have over taken reason, at a time when the sacredness of human life has been defiled, at a time when we are creating more enemies than friends, at a time when division seems to be destroying the unity of our people, and at a time when we do not seem to trust each other, we are here again to remind all Presbyterians and the people of Cameroon of our collective responsibility and role as a Church and as a people in these trying moments of our nation and history.

On the sacredness of human life

The right to life and right to live is God’s utmost gift to man, that man was made in the sacred image of God. In the Old Testament, God himself, in the Rain Bow covenant, declared, “Never again will all life be cut off…” (Gen. 9:11).God further affirmed the right to life when he declared through Prophet Ezekiel that, “I take no pleasure in the death of the wicked, but rather that they turn from their evil ways and live” (Ezekiel 33:11). In the New Testament, the Holy Scripture assures us that, “For God so loved the world that he gave his one and only Son, that whoever believes in him shall not perish but have eternal life” (John 3:16).The United Nations Universal Declaration on human rights, article 30, states interalia as follows:“We will have the right to life and to live in freedom and safety”.

Traditional African society sees blood as sacred and so should not be spilled carelessly through murder because the blood of the deceased lay vengefully on his/her murderer. Religious Philosophers like Martin Luther King Jr. declared that the free world must be concerned about “peace on earth and goodwill towards men in a non-violation of the sacredness of human life. Every man is somebody because he is in the image of God”.

Considering the supremacy of the sacred human life and the right to live, we of the PCC out rightly and with vehemence condemn the disrespect of the laws of the land on the one hand, and the brutal killings of Cameroonians in the Northwest and Southwest Regions on October 1, 2017 and subsequently on the other hand. That the sacredness of human life and its protection supersedes the preservation of territorial integrity and national sovereignty.

By common sense, the superiority of the weapons employed for a ‘family fight’ is different from the weapons employed when fighting a foreigner with equal strength. The PCC calls for an Independent Commission to investigate the atrocities committed by the military and hold those who are guilty accountable according to the law enforced.

On the continuous arbitrary arrest, intimidation, vandalism of private property and the militarization of the two regions

Since the constitutional provision of a state of emergency has not been invoked, the militarization of the Northwest and Southwest Regions and the perpetuity of violence by the military and some civilians is illegal, akin only to an illegal occupation of a conquered territory. Such actions further create fear, mistrust, suspicion and obliterate remote opportunities for peace and reconciliation. The government of the Republic of Cameroon needs to be reminded that one cannot contain a social and political consciousness by military force. In the light of the above, the PCC calls for the demilitarization of the two Regions, the cessation of arbitrary arrests and breaking into private homes, the release of all those in detention and a special disbursement of funds for hospital bills to heal the wounded, the sick and the dying.“There can be no peace without justice and respect for human right” (Irene Khan).

On the call for peace

The PCC calls on all Presbyterians and men and women of goodwill to “uphold justice” (Amos 5:24). “Our Christian witness against injustice and violence, and our conscientious responsibility towards reconciliation, reconstruction, and rehabilitation is the best practice of our prophetic voice as a Church and not mere circular letters” (sermon of Moderator, PCC 8/10/2017, Bamenda). Our Prophetic voice in times like this is one of “hopeful imagination” (Walters Bruggeman).

Some speak with words, but we look prayerfully with feelings. Our Prophetic voice can never be too fast or too slow but just on time, God’s time. We are led by the Spirit of God and not by the emotions of men. We the PCC call on all our Christians to refrain from violence and to become instruments of God’s peace to a world full of hatred, violence and war.

On the legitimacy of the Anglophone Consciousness

The PCC affirms the legitimacy of the Anglophone grievances. The PCC recognizes the bonafide coming together of two sovereign peoples on October 1, 1961. However, the deliberate deleting of the Anglophone culture, dignity and values amongst many other intentional political manipulations from the Plebiscite (February 11, 1961) to the Foumban Conference (May 20, 1972) are attempts to hide a historical fact that, once upon a time, two peoples mutually agreed to live together under international legal instruments.

The PCC reaffirms that no moral or legal ambition can be achieved through violence and the use of an expensive currency like mob action against a trigger-happy military force. The government of the Republic of Cameroon should therefore listen to the people how they want to be governed and co-exist. In the same token, the PCC reminds the front-liners of the Anglophone crisis to be conscious of their forbearers in this same struggle who had as motto, “The force of argument and not the argument of force”. The PCC condemns all acts of misinformation, arson and vandalism on private and public property by civilians. The PCC appeals for the responsible use of the social media and other communication outlets, otherwise we are sowing seeds of hatred which ultimately will culminates into ethnic cleansing.

Jesus Christ says, “For I was hungry and you gave me something to eat, I was thirsty and you gave me something to drink, I was a stranger and you invited me in, I needed clothes and you clothed me, I was sick and you looked after me, I was in prison and you came to visit me” (Mt. 25:35-36). The PCC dedicates Sunday October 22, 2017 as the day of mourning. Every congregation would observe a minute of silence, followed by a memorial prayer for the faithful departed, a special prayer to cleanse the land from the blood of Cameroonians crying from the soil (Gen 4:10). A prayer for national repentance because the Holy Scripture reminds us that it is “Righteousness that exalts a nation” (Prov. 14:34) and a special offering to assist in the buying of food, medicines and clothes to those who are dying and are imprisoned. Peter Benenson reminds us that, “The candle burns not for us, but for all those whom we failed to rescue from prison, who were shot on the way to prison, who were tortured, who were kidnapped, who ‘disappeared’ that’s what the candle is for”.

On the way forward

The PCC believes in dialogue, sincere dialogue, peace with justice and truth as the keys for peaceful living and social cohesion. The PCC arrogates to herself the onerous responsibility to form an inclusive platform with other church leaders to approach the government of Cameroon for a mediatory role between them and the representatives of the Anglophone community.

Top on the discussion will be the dynamic characterization of the entity called Cameroon and the appropriate forms of governance and coexistence. While this is being done, the PCC calls for school resumption, the end of ghost towns (country Sundays) and goodwill amongst all men to avoid violence, the imposition of hardship on the public and war. Ongoing back to school in particular, “let us remember one book, one pen, one child, one teacher can change the world” (Malala Yousafzi – Pakistani Education Activist)

Jesus Christ says “Peace I leave with you; my peace I give to you. I do not give to you as the world gives. Do not let your hearts be troubled and do not be afraid” (John 14:27). 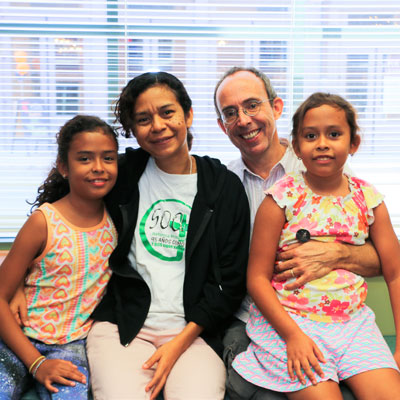