Member of the GA’s Special Committee on the Confession of Belhar will be featured speaker during worship Jan. 15 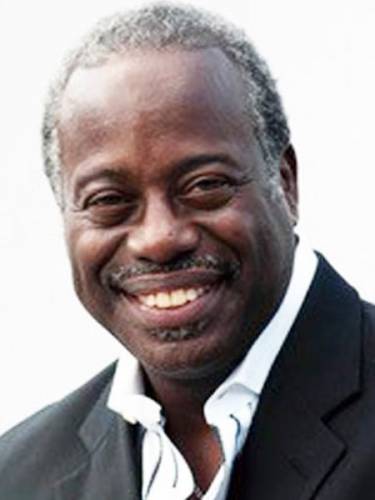 LOUISVILLE — National staff of the Presbyterian Church (U.S.A.) will celebrate the life and legacy of the Rev. Dr. Martin Luther King Jr., from 9 a.m. through 11 a.m. on Jan. 15 during a special worship service in the Chapel at the Presbyterian Center.

The guest preacher will be the Rev. Dr. Mark A. Lomax, founding pastor of First Afrikan Presbyterian Church in Lithonia, Ga.

“The theme for the 2020 service is ‘The Two Americas: Lamenting the Nightmare in the Dream.’ This service will focus on one of King’s last sermons around the inequity that exists within America among people of different races and economic levels,” said the Rev. Shanea Leonard, Associate for Gender & Racial Justice in the Racial Equity & Women’s Intercultural Ministries of the Presbyterian Mission Agency.

Following the worship service, Lomax will lead a group discussion around the theme.

Lomax, an assistant professor of homiletics at the Interdenominational Theological Center, was a member of the General Assembly Special Committee on the Confession of Belhar. The committee was charged with discerning whether to recommend inclusion of the Belhar Confession in the Book of Confessions, and to develop resources to educate the Presbyterian Church. In 2016, the 222nd General Assembly voted 540-33 to include the confession in the Book of Confessions.

In his article “Why Does the Church Need the Belhar Confession?” Lomax wrote, “We Presbyterians sing songs written in Native American languages, Spanish, and Korean; we have included Negro Spirituals in our primary hymnbook; and in our prayers of confession we often rehearse our sins of racism, sexism, social and economic injustice, and political collusion with the ugly domineering consciousness that smears our national ethos. Yet statements about our ‘common’ Scotch-Irish heritage are repeatedly made in governing bodies, conferences, workshops, committee and commission meetings throughout the church as if no other ethnic heritages were represented at the table; our congregations remain racially divided due in no small part to the yawning cultural divide that continues to separate ‘whites; from ‘coloureds’ and whites and peoples of color from the poor; we choose to live not in racially mixed, but in racially segregated communities and neighborhoods; and in our meetings we typically fail or refuse to truly struggle with the real life political, economic, social and military policies that negatively impact people of color and the poor.

“Is it possible that we have grown all too comfortable with a paternalistic way of being in relationship with aggrieved groups of people — a relationship based on a ‘doing for’ rather than a ‘doing with’ mentality? There is evidently a sense in which the Presbyterian Church (U.S.A.), like the (Dutch Reformed Church) of yesteryear, needs to adjust its moral and spiritual compass.  The Belhar Confession as an instrument God is providing to help guide the Church back onto the path of true justice and righteousness where unity and reconciliation can be found.”

He concluded the article by stating this: “The sort of unity and reconciliation called for in the Belhar Confession require the confessor(s) to actively engage the struggle for moral and spiritual transformation; to get into the personal and communal fight against deeply embedded racial attitudes and behaviors; to at least acknowledge, accept and confess our sinful history in regard to race and racial attitudes as together we push forward to unity, justice and reconciliation.”

Lomax has served on various presbytery and General Assembly committees and task forces, and as interim president and dean of the Johnson C. Smith Theological Seminary. He is a published author who preaches and lectures and has ecumenical and interfaith experience.