Dr. Tom Long offers up a master class to Grace Presbytery on ‘ministry for a new normal’ 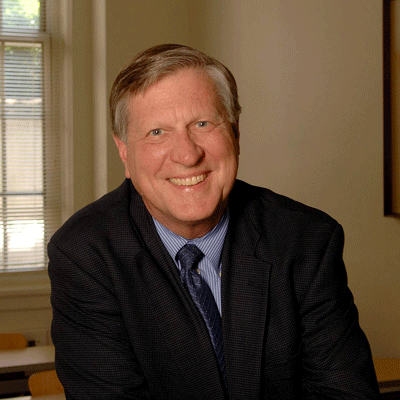 LOUISVILLE — Dr. Tom Long was in an airport terminal last Saturday when this announcement got everyone’s attention: Please observe a moment of silence at 8:46 a.m. to remember the people killed in the 9/11 attacks 20 years before.

“There was a deathly silence. We were filled with remembrance,” said Long, the Bandy Professor Emeritus of Preaching at the Candler School of Theology at Emory University in Atlanta. “There we sat in the terminal with our masks on … We were aware that the world had changed.”

Preaching, Long said, “has got to change too.”

Long had selected just that topic, “Changing Seasons: Ministry for a New Normal,” for a 90-minute webinar he offered to more than 50 people listening in on Wednesday via a Zoom webinar hosted by Grace Presbytery. His listeners were treated to a master class from not only one of the denomination’s most influential preaching professors, but one of its finest preachers.

“The church is in upheaval, and preaching will be a part of that,” Long said. “On the other hand, changes in the world are undergirded by the constancy of God.”

Long recalled putting himself through seminary working as a DJ in a radio station in a small town in South Carolina. Among his regular shifts was Sunday morning, where he put on “a lot of preaching” programs, the best of which was during The Protestant Hour, which featured a mentor of Long’s, the Rev. Dr. Edmund A. Steimle of the Evangelical Lutheran Church in America.

“Radio preaching is different. You are preaching to a listener,” Long said. “[Steimle] spoke in a conversational way. We’ve learned from a season of virtual preaching that a lot of people listen to preaching in a personal kind of way … Think about what might have been learned by the more intimate setting of Zoom, to be larger by being smaller and to be more effective by being more personal and thinking of the individual.”

When Saint Augustine used to preach at Hippo in the fourth and fifth centuries, he’s fill the place — not weekly, but daily. Long said that Augustine soon realized he “wasn’t preaching to a congregation, but to multiple constituencies.” He’d interrupt himself to say, “I want to speak now to the babies in the faith,” Long said. “If you’re bored, be patient while I instruct the young. He would then give what we would call a children’s sermon.”

Augustine would turn next to “those who are deep and long in the faith” and instruct them. Then he’d say, “Now I want to talk to the pagans,” Long said. “You are here for a spectacle, and we’ve got one. It’s called the Lord’s Supper.”

“The point is, for Augustine preaching became larger because he punctuated it with moments of smallness,” Long said. What would that sound like today? “I want to speak to those of you who’ve lost someone to COVID,” Long suggested, or “I want to say a word to the young people texting in the balcony.”

“What if you intentionally lifted constituents up to be addressed?” Long asked the preachers gathered online. “That’s what our particular cultural moment needs.”

The other lesson online worship has taught us is “now we have a much larger Court of the Gentiles than we thought we had,” Long said. In biblical times, Gentiles who weren’t allowed into the Temple used to linger around the perimeter. “You suddenly have more people watching your virtual service. People don’t want to come close, but they will come close enough to observe,” Long said. “People are with us but they aren’t quite of us.”

“I don’t think we need to single out the overhearers,” Long said. “Let them draw close enough to overhear us … Let the world listen to us. We’ve got a Court of Gentiles who want to overhear what we are saying.”

When the Archbishop of Canterbury asked the British theologian David F. Ford to write a book for young people on the basics of the faith, Ford decided to visit fellowship halls in Church of England congregations to ask church-goers what questions they had. According to Long, Ford was surprised to hear they didn’t use traditional faith language including “sin,” “redemption” and “glory.” Instead, “Mainly they talked about how overwhelmed they were with life, scheduling and parenting,” Long said. “I have been hearing that too. Life is overwhelming our people, and it’s overwhelming us too. Pastors are tired right now because things come at us so fast and so furiously.” 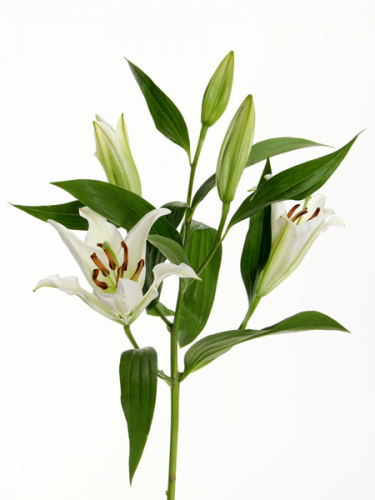 Photo by Doug Kelley via Unsplash

Many people of faith feel like they’re running out of time. What we all need, Long said, is a new way of experiencing time. “It occurs to me the gospel gives us that,” Long said. Jesus urges us to look at the birds of the air and the lilies of the field. “That always seemed a little out of reach to me,” Long said. “They don’t have mortgages and tuition to pay.”

The theologian Robert C. Tannehill notes that “look” and “regard” are “really strong verbs” in Greek, Long pointed out. Jesus is saying, “Really look at them and don’t stop looking. When you really look at lilies and birds, you change frames and enter into the world of carefree divine care and providence,” Long said. “I think that’s what sabbath is about — entering into a different time zone.”

A judgment on judgment

Some Presbyterian pastors hesitate to sermonize about God’s judgment, “but I think that is a mistake,” Long said. “It’s not about punishment. It’s about God setting things right, God taking seriously how human beings have damaged themselves and the world.”

“The judgment of God we so fear is actually the sadness of a loving God,” Long said. “It’s not that God causes COVID-19 to teach us a moral lesson. It’s that God is at work in our distress, calling us to moral repentance.”

Long said he also believes God “is calling us to be more tender to the Earth and protective of the weak who are suffering so powerfully in all of this.”

If worshipers are disenchanted, “first of all we’ve got to re-enchant our congregations,” Long said. “We are in the news division. The gospel is news, and it’s good news.” The women who returned from Jesus’ empty tomb “had news: It’s empty! He’s risen! Something has happened and everything has changed. For our congregations who wonder if God ever acts, we are the ones who get to tell them the news.”

What if preachers “looked through our biblical texts and said, ‘Where do I see God alive and at work?’” each Sunday, Long asked. “It’s a way of bringing enchantment.”

“We have an Adventing God. Our job is to be ready and waiting when that Advent happens,” Long said. “We get to be the heralds of that. We get to announce that news.”

Long concluded his talk with a story from the director of a Baptist church choir in the Atlanta area who was thrilled when the Washington National Cathedral invited the choir to the nation’s capital to sing during an Evensong service. That’s great, choir members told the director. What’s Evensong?

The director showed choir members the choral text they’d need to learn and invited them to take it home and use it as part of their prayers and daily devotionals. Weeks later, Hurricane Katrina slammed New Orleans, causing many left homeless by the storm to flee for other communities, including Atlanta.

“Most communities shut their doors as fast as they could,” Long said. “This church was different. They opened their doors and their hearts. They had been praying and being formed by prayers to a God who cares for the weary and those who are spent.”