Everyday God-talk guest grapples with life and death, grief and loss after losing her mother to Alzheimer’s

LOUISVILLE — What does it mean to practice resurrection, particularly in light of the last two years of the pandemic, where death has not been a stranger?

“It was at everyone’s door, and the fear of death was everywhere,” said Dr. Su Yon Pak. “I feel like we need to talk about it more. We’re kind of a death-denying culture.”

Pak, a dean and associate professor at Union Theological Seminary in New York City, was a guest on Everyday God-talk with So Jung Kim, associate for Theology in the PC(USA)’s  Office of Theology & Worship.

In part one of their conversation, she told Kim she has spent the last decade or so thinking more about life and death, about grief and loss.

“My mother had Alzheimer’s for 10 years before she died,” Pak said. “She’s been deceased for five years now.”

A year ago on Mother’s Day, “Sisters in Mourning: Daughters Reflecting on Care, Loss and Meaning,” a book Pak co-edited and co-authored with seven other diverse women who’d also lost their mothers, was released. For over two years the seven friends were conversation partners, exploring together what it means to grieve and to lose mothers while caring for them.

As Pak sought to make meaning of her grief and loss, and ultimately death and resurrection, she realized she wanted to live intricately connected to the death and rebirth that happens every single day.

“We don’t talk about death unless it’s the death of a loved one. But I find aging is grieving,” she said. “What I could do in 30 minutes 20 years ago now takes me 45 minutes. I want to be able to live into that loss with all of it, including the grief. That’s what grounds me theologically.”

In part two of her Everyday God-talk conversation, Pak talked more about how her mother experienced Alzheimer’s. Even though her mother was physically present to her in New York, she wasn’t mindfully present. She was back in her childhood home in the northern part of Korea, where she was born before the country was separated.

“She was remembering stories from there. It was non-linear, back and forth and circular,” Pak said. “The past is now. Now is past. Who knows what the future is? It was all mixed up.”

‘We look at [Alzheimer’s] as mixed up. But the space she occupied was exactly the space we talk about as mystical experiences.’ 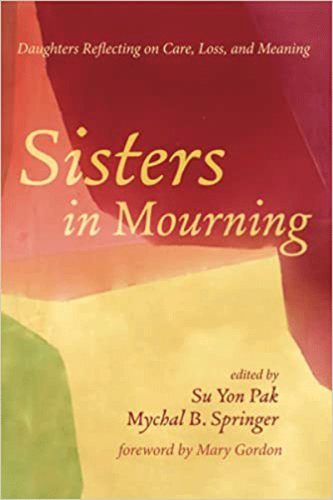 “We look at it as mixed up,” Pak said. “But the space she occupied was exactly the space we talk about as mystical experiences.”

According to Pak, contemplative practices of prayer, mediation or communion with nature are transcendent. These experiences are not binary.

In part three of the Everyday God-talk conversation, Pak shared a poem, “The Prodigal,” which she wrote out of her spiritual practice of writing poetry as a way of sustaining her heart to God.

In her conversations in season two of Everyday God-talk, So Jung Kim explores with Presbyterian leaders what feeds their soul theologically and how that practically impacts their ministry and spiritual practices.  You can watch all the EGT episodes here.