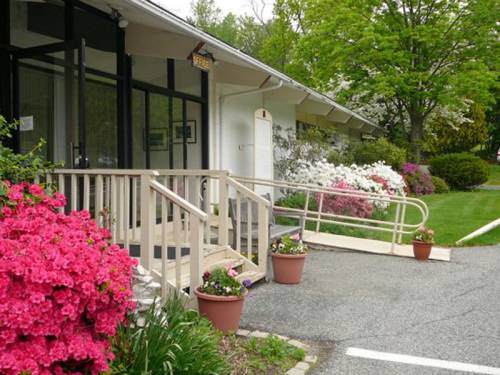 A consultant’s report on proposed improvements at Stony Point Center will be ready by Aug. 31. (Contributed photo)

LOUISVILLE — The consultant hired to determine the steps needed to reasonably assure the economic viability of Stony Point Center in New York gave a small group of Presbyterian Mission Agency Board members a taste Friday of a comprehensive report set for completion by Aug. 31.

During an hour-long conference call, the Rev. Dr. Pam Harris of Run River Consultants told board members they can expect the report will include:

With a village green as a natural gathering place, people of God “can engage in conversation and deepen the sense of community at Stony Point,” Harris said.

She said the consulting team has re-read Barbara Brown Taylor’s book “Holy Envy: Finding God in the Faith of Others” to learn more about Stony Point’s emphasis on “deepening our faith as we encounter the faiths of others. We don’t often have genuine encounters with people of other faiths. Stony Point makes those genuine, authentic encounters possible.” 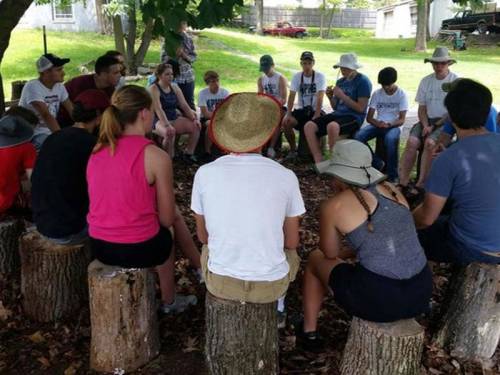 Stony Point Center lives out its mission as a multifaith community. (Contributed photo)

The team of consultants, she said, has been meeting regularly with Stony Point staff, the center’s advisory board and a roundtable group established to study Stony Point’s future — including the level of capital investment that will be necessary to make some or all of the improvements that’ll be included in the report.

Throughout its history, said the Rev. Dr. Ray Jones, acting director of the PMA’s Theology, Formation & Evangelism who’s chairing the roundtable, Stony Point Center has been “a place where the church has been able to experiment with different ways of doing ministry and being the church. How will that happen in the future?” he asked, and then he answered his own question: “by having room and freedom for some experimentation of what it means to be the church.”

He said he hopes Stony Point Center will also “be a place for the PMA to dive even more deeply into Matthew 25 priorities,” which are building congregational vitality, dismantling structural racism and eradicating systemic poverty. Field trips from Stony Point Center into New York City allow Stony Point guests to observe organizations doing that work, he said.

“Congregational vitality has everything to do with churches engaging the world, and churches that are stuck need those experiences,” he said. Rural communities are also near Stony Point.

“My hope is that it will be a place of immersion for our leaders who when we go home have a vision for the way churches can engage their communities,” he said. “We have to be compassionate, but we also have to bring down those systems that are oppressing people.”

Under the report that’s still being developed, one building, Maple, will maintain shared restroom facilities. But others would be remodeled for private bathroom facilities. Other improvements will also be detailed in the report.

Harris said cost estimates are still being developed. Consultants will present proposed improvements in phases so that the facility can be gradually transformed, allowing the PMA Board flexibility on timing the phases.

“There is a level of investment critical to protect the value of the asset,” Harris said. “Then there’s the investment that says, ‘How do we make this more capable of producing revenue?’ We will try to define those fairly clearly. We try to produce a plan where you can stop and you still have a functional facility. It won’t be an all-or-nothing proposition.”

One board member, the Rev. Lindsay Harren-Lewis, a pastor in Ohio, said she was excited to hear Friday’s update, which will be repeated for other board members next week.

“The report will be more comprehensive than I imagined it would be,” she said. “It will answer a lot of questions we have been asking and feeling frustration and anxiety about. I feel hopeful about what can be done, and I am grateful for that.”